WHERE ARE THEY NOW: RICK MORANIS 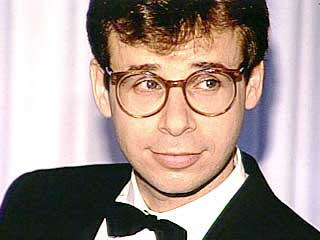 The name Rick Moranis takes me back to the 1980s when I first started going to the movies. I remember seeing the great comic actor in films such as Strange Brew (1983) and Ghostbusters (1984).

I also recall watching reruns of his television appearances on the Canadian comedy show SCTV and be amazed at his ability. That show introduced the world to the talents of Martin Short, Eugene Levy, John Candy, and Rick Moranis. Unfortunately, Rick Moranis has basically retired from show business.

Moranis was born in Toronto, Ontario, and went to high school at the Sir Sandford Fleming Secondary School. He went to elementary school with Geddy Lee, frontman of the rock band Rush. His career as an entertainer began as a radio disc jockey in the mid-1970s, using the on-air name of "Rick Alan" at three Toronto radio stations. He also did the voice over for a short lived cartoon series on NBC called Gravedale High.

He left the film industry in 1997, six years after the 1991 loss of his wife, Anne, to liver cancer. He later explained that he "pulled out of making movies in about '96 or '97. "I'm a single parent and I just found that it was too difficult to manage raising my kids and doing the traveling involved in making movies. So I took a little bit of a break. And the little bit of a break turned into a longer break, and then I found that I really didn't miss it".

As of 2004, Moranis was on the Advisory Committee for the comedy program at Humber College. In 2005, Moranis released an album titled The Agoraphobic Cowboy, featuring country songs with lyrics which Moranis says follow in the comic tradition of songwriters/singers such as Roger Miller, Kinky Friedman, and Jim Stafford. The album was produced by Tony Scherr, and is distributed through ArtistShare, as well as Moranis' official web site. Commenting on the origins of the songs, he said that in 2003, "out of the blue, I just wrote a bunch of songs. For lack of a better explanation, they’re more country than anything. And I actually demoed four or five of them, and I'm not sure at this point what I’m going to do with them—whether I’m going to fold them into a full-length video or a movie. But, boy, I had a good time doing that".

On December 8, 2005, The Agoraphobic Cowboy was announced as a nominee for the 2006 Grammy for Best Comedy Album. (A previous album by Moranis was entitled You, Me, The Music, and Me (1989)). On February 3, 2006, Moranis performed Press Pound on Late Night with Conan O'Brien and discussed the development of his music career.

In November 2007, Moranis reunited with Dave Thomas for a 24th anniversary special of Bob and Doug McKenzie, titled Bob and Doug McKenzie's 2-4 Anniversary. The duo shot new footage for this special. Thomas subsequently created a new animated Bob and Doug McKenzie series, Bob & Doug, for his company Animax Entertainment. Moranis declined to voice the role of Bob, which was taken over by Dave Coulier, but remains involved in the series as an executive producer.

On June 24, 2008, Moranis declined to come out of retirement to join the other cast members of Ghostbusters in the production of a new video game based on the films. For almost five years, Rick Moranis has been completely removed from Hollywood and the entertainment industry. Due to overcoming great loss, Moranis realized what was important to him, and a life in Hollywood was not it... 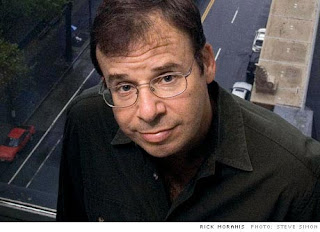