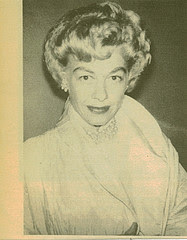 There are many dancers during the golden age of the Hollywood musical who are remembered like Cyd Charisse and Ann Miller. However, no other dancer had the girl next door look more than Vera-Ellen. During her heyday she appeared with such icons as Fred Astaire, Gene Kelly, and Bing Crosby, but after those golden years ended in the 1950s, her later years are pretty much shrouded in mystery.

The reason for her disappearance from the movies is complicated and under debate. Vera-Ellen became alarmingly thin in her thirties. Her peculiar eating habits are well documented. Always a reclusive person, she started to withdraw from Hollywood as her alleged anorexia took its toll on her. This was also during a time when Hollywood simply stopped making many musicals. Although Vera-Ellen could act as well as dance, MGM didn't take her talents seriously enough to give her many non-dancing parts. She made appearances on TV and in Las Vegas for a few years before finally retiring.

One side effect of anorexia is rapid aging. Many people have asked why Vera-Ellen always covers her neck in "White Christmas" - it is assumed that her neck is where she started to visibly age. She also had a daughter, Victoria Ellen Rothschild, who died of Sudden Infant Death Syndrome. Understandably, this was a very traumatic event, and helps to understand why she withdrew from public life. She would divorce her second husband, Victor Rothschild a few years later in 1966. He died in 2008 at the age of 85. It should be stated that while Vera-Ellen did definitely age, as she dropped out of sight, she aged with grace. Her friend Bill Dennington supplied the following personal photos, which supply a rare and treasured look at how beautiful and spirited she remained: 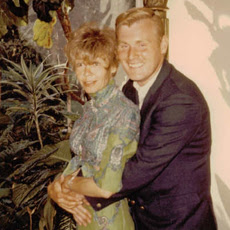 Though retired from professional work, Vera-Ellen continued to take dancing lessons, partly to combat the arthritis she suffered later. Vera-Ellen died of cancer in Los Angeles, California, on August 30, 1981 at the age of 60. She was a recluse shut off from the rest of Hollywood, and her fans who continue to love and cherish her memory some thirty plus years after her death... 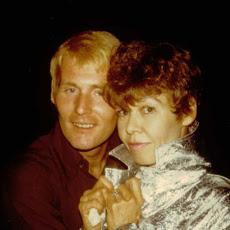