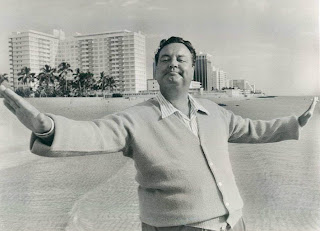 It is hard to believe that one of the greatest comedian and actors of all time, Jackie Gleason has been gone now for 25 years. This story of Gleason was featured in People magazine at the time of his death on July 13, 1987. Twenty five years later, Gleason is still missed, and his talent will never be repeated or seen again...

Save a table for me, pal." With this wry but heartfelt scribble, sent along with flowers, Jackie Gleason said au revoir to his best friend, Toots Shor, the Manhattan tavern keeper, who died in 1977. Just over a week ago Gleason arrived to claim his reservation. After a three-month battle with cancer of the colon, the Volkswagen-shaped leprechaun who reigned as Mr. Saturday Night during the Golden Age of TV comedy died peacefully at home in Fort Lauderdale, Fla. He was 71. "If God wants another joke man," he said just before the end, "I'm ready."

Two days later, while tapes of Melancholy Serenade and other Gleason compositions played softly in the background, some 2,000 mourners filed past his closed casket in a Miami funeral parlor. The next day family and close friends prayed for his soul at a requiem Mass. Geraldine and Linda, Gleason's daughters by his first wife, were there with his widow, Marilyn, and drove with her to Our Lady of Mercy Cemetery. Audrey Meadows, Gleason's co-star in The Honeymooners, was the only famous performer who showed up at the service, but Art Carney, Jackie's close friend and comic sidekick, sent flowers. So did Perry Como, Mickey Rooney and Bob Hope, who spoke for millions when he said: "Jackie was a supercomic, bigger than life as a talent and as a man." 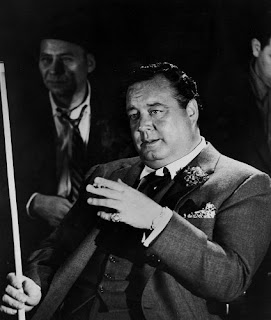 Gleason would surely have agreed. Orson Welles dubbed him "The Great One," and he wore the epithet as proudly as an emperor wears ermine, charming and tickling and bullying us until we took him at his own measure. Gross in physique, gargantuan in gourmandise, oceanic in liquid capacity, prodigal of purse, a fire hose of libido and a Niagara of comic invention, the B man was excess personified and § one of the great entertainers of the I age. He was the last of the dear mad I Irishmen who from Finley Peter Dunne (Mr. Dooley) to Frank Fay to Fred Allen have made America laugh at their inspired shenanigans, and he died in an Indian summer of his renown. Yet another generation has fallen in love with his finest work, The Honeymooners, and it is in that vintage series, more than anywhere else, that we can still feel the beating of his big, crazy heart.

Who would have imagined that such a wild Irishman would live to enjoy a happy old age? But he did. He persuaded Gen at last to give him that divorce, weathered another unworkable marriage, this time to ex-secretary Beverly McKittrick, and in 1975 finally wed the widow of his dreams: his old girlfriend Marilyn. Their golden years were not without dark moments—in 1978 Gleason had a triple bypass operation. But he restrained his lust for lunch, had an eye job and a chin tuck, made MasterCard commercials, played the steaming sheriff in the Smokey and the Bandit movies, grew a riverboat-gambler mustache that crawled across his face like a hairy, black caterpillar, built up a multimillion-dollar estate and basked in the afterglow of mass adoration. 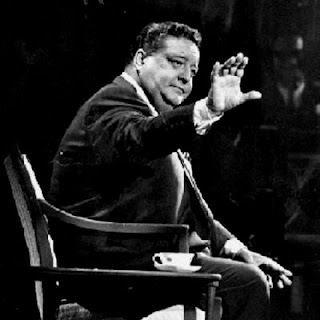 What revived the glory that was Gleason? In recent years a creeping fascination with The Honeymooners has become a national addiction. Since they first went into reruns, back in 1958, the 39 episodes Gleason telecast in 1955-56 have never been off the air. Now aired by 100 stations worldwide, the skits have been shown more than 100 times in some areas. In 1985 Gleason gave his Honeymoonies—who have set up the Royal Association for the Longevity and Preservation of The Honeymooners(R.A.L.P.H.)—a massive bonus of delight. He revealed the existence of "lost" kinescopes of The Jackie Gleason Show, including Honeymooners sketches first telecast between '52 and '57, that had sat unseen for 30 years in a refrigerated vault. For a sum in excess of $5 million, he sold distribution rights to Viacom Enterprises. Edited into 70 new episodes of The Honeymooners, the shows were aired on Showtime in 1986 and then released for syndication.

It's a grand legacy, befitting a grand Irish life. "Almost everything I wanted to do," he said not long ago, "I've been able to do, and most of it turned out pretty good. Everybody's been damn nice to me." 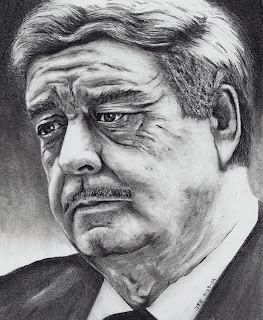 SOURCE
Posted by David Lobosco at 4:38 AM