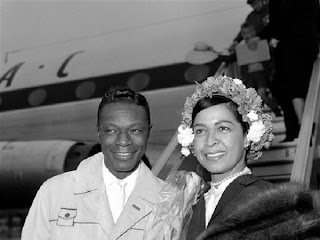 The Associated Press cited a family representative as confirming that Maria Cole died Tuesday at a Boca Raton nursing home.

Nat King Cole, who died in 1965 — also of cancer — at the age of 45, was buried at the Glendale, California cemetery along with such "Golden Age" Hollywood stars as Clark Gable, Jimmy Stewart, Jean Harlow, Humphrey Bogart, Errol Flynn and Spencer Tracy.

Maria Cole, born in Boston in 1922, moved to North Carolina to stay with an aunt after her mother died, but later moved to New York to pursue a musical career.

She married a Tuskegee Airmen flyer, Spurgeon Ellington, in 1947, who was killed in Georgia two years later during a routine postwar training flight, according to the Hollywood Reporter.

After performing briefly with Count Basie and swing innovator Fletcher Henderson, Maria Cole was hired by Ellington as a vocalist with his orchestra. She worked for him until 1946, when she embarked on a solo career and was performing at Club Zanzibar when she met Nat King Cole. She married him on Easter Sunday in 1948 at Harlem’s Abyssinian Baptist Church.

Maria Cole traveled and performed with Nat King Cole throughout the '50s. After he died, she established the Cole Cancer Foundation.

A statement by Natalie Cole with her twin sisters Timolin and Casey Cole, cited by the AP, read: "Our mom was in a class all by herself. She epitomized, class, elegance, and truly defined what it is to be a real lady. ... She died how she lived — with great strength, courage and dignity, surrounded by her loving family." 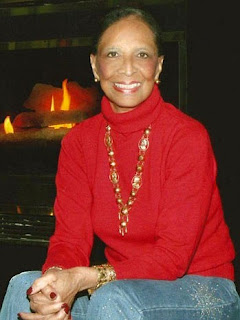 SOURCE
Posted by David Lobosco at 7:47 AM