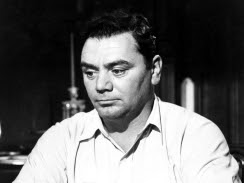 Ernest Borgnine, who won the best-actor Oscar as a lovesick butcher in "Marty" in 1955, died Sunday. He was 95.

His longtime spokesman, Harry Flynn, told The Associated Press that Borgnine died at Cedars-Sinai Medical Center in Los Angeles with his family by his side.

A prolific and talented character actor, Borgnine was known for gruff, villainous roles such as the heavy who beats up Frank Sinatra in "From Here to Eternity" and one of the bad guys who harasses Spencer Tracy in "Bad Day at Black Rock."

Borgnine, who earned a salary of $5,000 for playing his Academy-Award winning role as Marty, once said "I would have done it for nothing."

He was also known as the Navy officer in the television series "McHale's Navy," which aired from 1962-66. Borgnine earned an Emmy Award nomination at age 92 for his work on the series "ER."

"The Oscar made me a star, and I'm grateful," Borgnine told an interviewer in 1966, according to AP. "But I feel had I not won the Oscar I wouldn't have gotten into the messes I did in my personal life."

The actor was married five times, including to singer Ethel Merman, who became his third wife in 1964. The marriage barely lasted a month.

Borgnine is survived by his fifth wife, Tova Traesnaes — whom he married in 1973 — son Christopher and daughters Sharon and Diana. 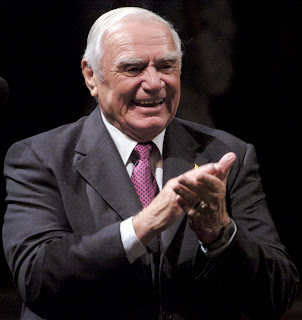