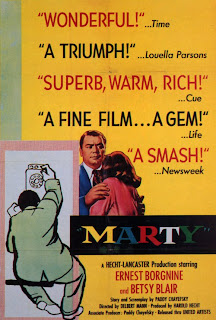 With the passing of the great Ernest Borgnine, TCM recently aired a tribute to him with a showing of all of his movies that made him famous. It is sad to say that up to that tribute, I had not seen the great movie Marty. Marty was the movie that propelled Borgnine to stardom and nabbed him an Oscar in 1955.

The film stars Borgnine as Marty Piletti, a heavy-set Italian-American butcher who lives in The Bronx, New York City, with his mother (Esther Minciotti). Unmarried at 34, the good-natured but socially awkward man faces constant badgering from family and friends to get married, pointing out that all his brothers and sisters are already married with children. Not averse to marriage but disheartened by his lack of prospects, Marty has reluctantly resigned himself to bachelorhood. In spite of his failed love life, Marty maintains an optimistic outlook on life characterized by his frequent outbursts such as "Perfect!" or "Fantastic!".

After being harassed by his mother into going to the Stardust Ballroom one Saturday night, Marty connects with Clara (Betsy Blair), a plain schoolteacher who is quietly weeping on the roof after being callously abandoned at the ballroom by her blind date. Spending the evening together dancing, walking the busy streets, and talking in a diner, Clara and Marty discover many affinities that they share. He eagerly spills out his life story and ambitions, and they encourage each other. He brings Clara to his house, and they awkwardly express their mutual attraction, shortly before his mother returns. Marty, delighted with his new-found love, takes her home by bus, promising to call her at two o'clock the next afternoon, after Mass. In an exuberant scene, he punches the bus stop sign and weaves between the cars, looking for a cab, a rare luxury matching his mood. 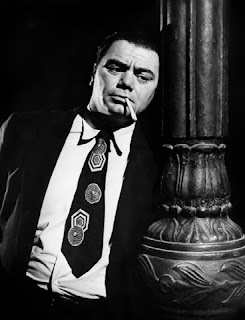 Meanwhile, his cranky, busybody widowed aunt moves in to live with Marty and his mother. She warns his mother that living alone, when children marry, is a widow's fate. Fearing that Marty's romance could spell her abandonment, his mother belittles Clara. Marty's friends, with an undercurrent of envy, deride Clara for her plainness and try to convince Marty to forget her and to remain with them, unmarried, in their fading youth. Harangued into submission by the pull of his friends, Marty doesn't call Clara.

That night, back in the same lonely rut (among his regular cast of male friends), Marty realizes that he is giving up a chance of love with a woman whom he not only likes, but who makes him happy. Over the objections of his friends, he dashes to a phone booth to call Clara, who is disconsolately watching television with her parents. When his friend asks what he's doing, Marty bursts out saying:

“You don't like her. My mother don't like her. She's a dog and I'm a fat, ugly man. Well, all I know is I had a good time last night. I'm gonna have a good time tonight. If we have enough good times together, I'm gonna get down on my knees and I'm gonna beg that girl to marry me. If we make a party on New Year's, I got a date for that party. You don't like her? That's too bad! Hey, Ang, when are you going to get married? You're 33 years old, and all your kid brothers and sisters are married. You oughta be ashamed of yourself.”

Marty then closes the phone booth's door and calls Clara. In the last line of the film, he tentatively says "Hello... Hello, Clara?". 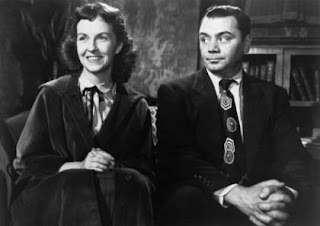 The role of Clara was intially going to be reprised by actress Nancy Marchand, later of Lou Grant and The Sopranos fame, who had portrayed the character in the television version. However, actress Betsy Blair was interested in playing the role and lobbied hard for it. At the time, Blair, who was married to actor Gene Kelly, had been blacklisted due to her Marxist and Communist sympathies. It was only through the lobbying of Kelly, who used his major star status and connections at MGM to pressure United Artist, that Blair got the role. Reportedly, Kelly threatened to pull out of the film It's Always Fair Weather if Blair did not get the role of Clara.

The cast was nearly perfect and in addition to Borgnine and Betsy Blair, look for Frank Sutton in a supporting role as one of Marty's friends. He would later go on to fame in television's Gomer Pyle in the 1960s. The movie deserved every award it received, and I've got to say that Borgnine really made you feel for the Marty character. The character was a poor sap, but a good person. There is a little bit of all of us in the Marty character I believe. I highly recommend this movie to anyone wanting to see an Ernest Borgnine movie or anyone who just wants to see a good movie... 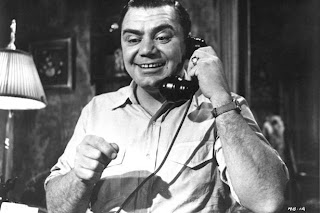