THE SAD LIFE OF CATHARINE LORRE 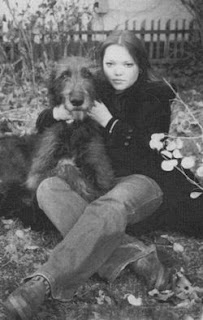 Peter Lorre was one of the best character actors of all-time. Even the horrible movies he made were made better because of Peter's acting. Sadly though, Peter's personal life was sad and scary like some of his movies. Lorre suffered from an addiction to morphine and spent much of the 1940s trying to get clean. It was there at a clinic that he met his thrd and final wife - Anne Marie Brenning. They were married in 1953, and they had a child right away. Catharine was the only child of actor Peter Lorre and Anne Marie Brenning Lorre, and she was born on September 21, 1953.

Cathy had a number of strikes against her. Peter and Annemarie (Brenning)’s marriage was in trouble as early as 1956. Finally, they separated in 1962, when Cathy was nine years old. She was only 11 when her father died of a stroke on March 23, 1964. Annemarie was an alcoholic and died a few years later on April 26, 1971. What to do with Cathy? No one seemed to want her. Finally, Celia Lovksy, Peter’s first wife, offered theater and film critic James Powers (who was married to Karen Verne until her death in 1967) the upstairs of her house on Crescent Heights if he would adopt Cathy. He did and Celia moved into the basement. (Cathy thought of Celia [“Mumili”] as a grandmother. As such, she functioned as a hub for the Lorre family, connecting all to the center, even the actor’s second and third wives.) 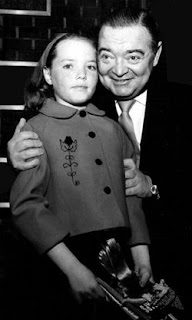 Catharine nearly fell victim to "Hillside Stranglers" Angelo J. Buono and Kenneth A. Bianchi, who approached her one night in 1977 intending to abduct and murder her as they had and would do to ten women before the law caught up with them. Learning she was Peter Lorre's daughter, they just let her go. They were movie fans and liked Lorre's work. Catharine was 25 at the time. After the capture of Bianchi and Buono, and their photographs were made public, Catharine realized who they were. Later in interviews, Catharine stated that she never felt threatened by either man: She believed it to be a casual and friendly encounter. Bianchi and Buono stated that the only reason her life was spared was because Peter Lorre was her father.

In 1980, Catharine got married and had a few happy years, but her husband lost his life in a tragic motorcycle accident, leaving her a widow. 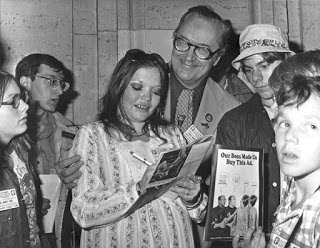 Catherine never took care of herself with no real parental guidance around and, she suffered from juvenile diabetes- As she grew older, complications from her diabetes took a greater toll until in her final year she was hospitalized at Harbor General. At that point, she was suffering vision and circulation problems. She spent upwards of a year there and died shortly after. She died of sepsis and encephalomalacia, complications from diabetes, on May 7, 1985, at age 32.

Sadly, unbeknownst to family and friends, she remained in the morgue for nearly a month before funeral arrangements were made. Only a few people attended her funeral. The only people at her funeral were Larry Lorre, Cathy’s cousin; Peter Lorre’s attorney, Robert Shutan; his son Peter Shutan (named after the actor); and Cathy’s nurse. She was buried at Inglewood Cemetery on June 4, 1985. It seemed like at every turn Cathy had bad things happen to her. The pain that she endured in her short 32 years seems overwhelming, but hopefully she did have some happiness and she is at peace now... 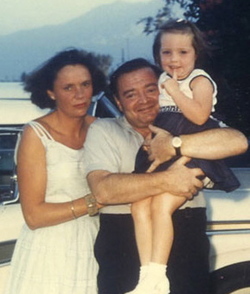 Posted by David Lobosco at 7:32 AM