CHRISTINE CHUBBUCK: TRAGEDY IN THE NEWS 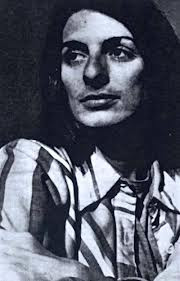 In 1974, the world was not yet overrun with digital cameras, cell phones, and DVRsthat could record anything in an instance. Maybe that was a good thing in 1974, because when news reporter Christine Chubbuck took her life in a very public way not many people witnessed it. She deserves to be remembered for her achievements as reporter and not the horrible and sad way her life ended.

Born in Hudson, Ohio on August 24, 1944, Christine Chubbuck attended the Laurel School for Girls in Shaker Heights, a suburb of Cleveland. During her years at Laurel, she started a small tongue-in-cheek group called the "Dateless Wonder Club." She attended Miami University in Oxford, Ohio for one year, majoring in theatre arts, then attended Endicott College in Beverly, Massachusetts before earning a degree in broadcasting at Boston University in 1965.

She worked for WVIZ in Cleveland for a year in 1966-67, and attended a summer workshop in radio and television at New York University in 1967. Also in 1967, Chubbuck worked for a few months for public television stations in Pittsburgh, Pennsylvania and Canton, Ohio before moving on to spend four years as a hospital computer operator and two years with a cable television firm in Sarasota, Florida. Immediately before joining WXLT-TV (now WWSB), she worked in the traffic department of WTOG in St. Petersburg, Florida.

WXLT-TV owner, Bob Nelson, had initially hired Chubbuck as a reporter, but later gave her a community affairs talk show, Suncoast Digest, which ran at 9:00 in the morning. Production Manager Gordon J. Acker described Chubbuck's new show to a local paper: "It will feature local people and local activities. It will give attention, for instance, to the storefront organizations that are concerned with alcoholics, drug users, and other 'lost' segments of the community." Page five of the article showed a smiling Chubbuck posed with an ABC camera. 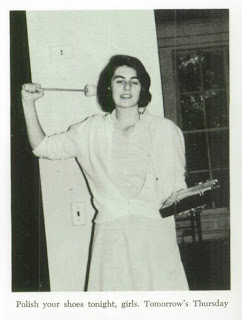 Chubbuck took her position seriously, inviting local Sarasota–Bradenton officials to discuss matters of interest to the growing beach community. After her death, the Sarasota Herald-Tribune reported that Chubbuck had been nominated for a Forestry and Conservation Recognition Award by the Bradenton district office of the Florida Division of Forestry. She was considered a "strong contender" by Mike Keel, district forester, who had been scheduled to appear as a guest on Ms. Chubbuck's show the morning of her suicide, but had cancelled because of the birth of his son.

Chubbuck spoke to her family at length about her struggles with depression and suicidal tendencies, though she did not inform them of her specific intent beforehand. She had attempted to overdose on medication in 1970 and frequently made reference to the event. She had also been seeing a psychiatrist up until several weeks before her death. Chubbuck's mother chose not to tell station management of her daughter's suicidal tendencies because she feared she would be fired as a result.

Apparently, she had an unrequited crush on co-worker George Peter Ryan. She baked him a cake for his birthday and sought his romantic attention, only to find out he was already involved with sports reporter Andrea Kirby. Kirby had been the co-worker closest to Chubbuck, but she was offered a new job in Baltimore, which had further depressed Chubbuck.

Chubbuck's lack of a romantic partner was considered a tangent of her desperate need to have close friends, though co-workers said she tended to be brusque and defensive whenever they made friendly gestures toward her. She was self-deprecating, criticizing herself constantly and rejecting any compliments she was given.

Three weeks before her death, she had asked the station's news director if she could do a news piece on suicide. After her suggestion was approved, she visited the local sheriff's department to discuss with an officer methods of suicide. In the interview, an officer told her one of the most efficient ways was to use a .38 caliber revolver with wadcutter target bullets, and to shoot oneself in the back of the head rather than in the temple. 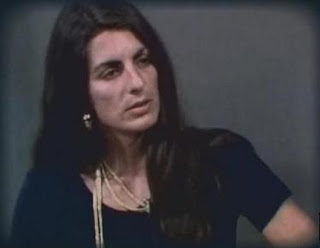 On the morning of July 15, 1974, Chubbuck confused co-workers by claiming she had to read a newscast to open her program, Suncoast Digest, something she had never done before. That morning's talk show guest waited across the studio while she sat at the news anchor's desk. During the first eight minutes of her program, Chubbuck covered three national news stories and then a local restaurant shooting from the previous day. The restaurant was the Beef and Bottle Restaurant at the Sarasota-Bradenton Airport on U.S. 41. The film reel of the restaurant shooting had jammed and would not run, so Chubbuck shrugged it off and said on-camera, "In keeping with Channel 40's policy of bringing you the latest in blood and guts, and in living color, you are going to see another first—attempted suicide." She drew the revolver and shot herself behind her right ear. Chubbuck fell forward violently and the technical director faded rapidly to black. Camera operator Jean Reed later recalled she thought it had been an elaborate prank and did not realize Chubbuck had actually shot herself until she saw Chubbuck's twitching body.

Chubbuck was taken to Sarasota Memorial Hospital, as her script had predicted; there, she was pronounced dead fourteen hours later. Upon receiving the news, a WXLT staffer released the information to other stations using Chubbuck's script.

Chubbuck's body was cremated. The funeral ceremony was held on the beach where her ashes were scattered into the Gulf of Mexico. Approximately 120 people attended, including local officials who had appeared on her show. Three songs by Chubbuck's favorite singer, Roberta Flack, were played. Presbyterian minister Thomas Beason delivered the eulogy, stating "We suffer at our sense of loss, we are frightened by her rage, we are guilty in the face of her rejection, we are hurt by her choice of isolation and we are confused by her message."

Chubbuck's family brought an injunction against WXLT to prevent the release of the 2" quad videotape of her suicide. The Sarasota Sheriff's Department file lists a copy of the tape seized as evidence and later released it to Christine's family along with her possessions. I contacted the Sarasota Sheriff's department, and an official there who did not want to be named, said the only existing footage of the sad events was destroyed in the late 1980s. Whether the tape still exists or not is kind of the holy grail of death hags, but the sad end of Christine's life is not the most important thing. What is important is that she was pioneer in the news field in the 1970s when the news was a male dominiated field. Christine Chubbuck's life was short and tragic, but it was so much more than the sad events of July 15, 1974... 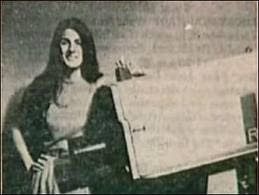 UPDATE 12/21/12: Amazingly I received a strange letter a few days ago, where the person claims they have the audio of Christine's tragic suicide on audio cassette. Not sure about this letter, what do you think... 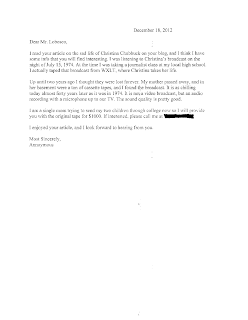 UPDATE 1/26/16: I haven't updated this article in awhile, but it has been four years since I got the strange letter above, and it was definitely a hoax. The number this letter writer gave me was disconnected shorly after I got the letter. From the phone number, it was a cell phone number from San Diego, California. The search continues on.
Posted by David Lobosco at 7:07 AM