RECENTLY VIEWED: FOR ME AND MY GAL 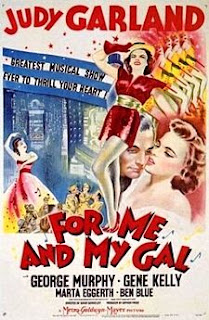 Last month was the 90th birthday of Judy Garland. I must admit though she is not one of my favorite actresses. I do enjoy her movies, but I like the fresh faced kid of The Wizard of Oz and Andy Hardy movies. I would say anything before she was kicked out of MGM in 1950 was more to my liking than the worn out and strung out Garland of the late 1950s and 1960s. One of my all-time favorite musicals, and one of the first movies I saw Garland in was "For Me And My Gal".

"For Me and My Gal" is a 1942 American musical film directed by Busby Berkeley and starring Judy Garland, Gene Kelly – in his screen debut – and George Murphy, and featuring Martha Eggerth and Ben Blue. The film was written by Richard Sherman, Fred F. Finklehoffe and Sid Silvers, based on a story by Howard Emmett Rogers inspired by a true story about vaudeville actors Harry Palmer and Jo Hayden, when Palmer was drafted into World War I. It was a production of the Arthur Freed unit at MGM.

For Me and My Gal marked the first real "adult" role for the nineteen-year-old Judy Garland, who had played juvenile parts until then, many of them opposite Mickey Rooney. The original script had called for Harry Palmer to be involved with two women, a singer, which was to be Garland's role, and a dancer, who would have most of the dramatic scenes, but acting coach Stella Adler, who was an advisor to MGM at the time, suggested to producer Arthur Freed that the two roles be combined, and that Garland be given the part. Adler also suggested Gene Kelly for the lead. 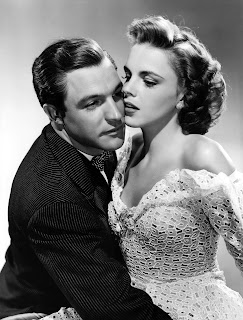 Kelly was 29 years old at the time, and had made a mark on Broadway as the star of Pal Joey and the choreographer of Best Foot Forward. When David O. Selznick signed him to a film contract, Kelly's intention was to return to Broadway after fulfilling his contractual obligation, but he ended up staying in Hollywood for a year because Selznick didn't have a role for him. When Arthur Freed inquired about getting Kelly for For Me and My Gal, Selznick handed over the contract, and Kelly got the part, over the objections of Freed's bosses at MGM. The casting of Kelly meant that George Murphy, who was originally going to play "Harry Palmer", was switched to playing "Jimmy Metcalf".

Gene Kelly and Judy Garland got along well – she had been in favor of his getting the part, and during shooting she helped Kelly adjust his stage acting for films, and backed him in disagreements with director Busby Berkeley, whom she did not like. Kelly and Garland went on to star together in two other films, The Pirate (1948) and Summer Stock (1950).

The film was also the American motion picture debut of Hungarian singer Martha Eggerth, who had appeared in over thirty films in Germany. Her career in Hollywood did not last long: she appeared in only two other American films.

For Me and My Gal had an estimated budget of $803,000, and was in production at MGM's Culver City studios from 3 April until 23 May 1942, with additional scenes shot in June. Working titles for the film while it was in production were "My and My Gal" and "The Big Time". 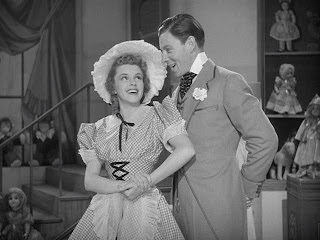 When the film was initially previewed, the audience was dissatisfied with the ending: they thought that Jo (Garland) should end up with Jimmy (Murphy) rather than Harry (Kelly). This prompted Louis B. Mayer to order three weeks of additional shooting to give Kelly's character more of a conscience and to reduce Murphy's presence in the film. It was also interesting to note that all of the stars were ten years apart in ages: George Murphy was born in 1902, Gene Kelly in 1912, and Garland in 1922. Murphy had appeared with Judy as her father in "Little Nellie Kelly"(1940).

I remember my grandfather telling me that the first movie he ever saw in theaters was "For Me And My Gal" when he was 14. In turn my grandfather had fun introducing the movie to me when I was younger. I did not care that all of the songs sung in the film were even old by 1942 standards. Now when I watched this movie last month, my two year old son was "Ballin The Jack" right with Judy Garland and Gene Kelly. That alone warrants giving a movie 10 out 10, but add the tear jerking moments of the film, and it is a true classic musical that I can not miss when it is on... 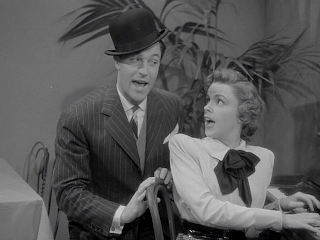