The last few favorite songs have been all ballads, so I figure it was time to feature a favorite up-tempo number of mine. The song "Dinah" was written by Harry Akst, with the lyrics by Sam M. Lewis and Joe Young. The song was published in 1925. It was introduced by Eddie Cantor in Kid Boots that year in Pittsburgh. It was immensely popular with jazz bands and vocalists of the period and beyond, with versions by Fats Waller, Ethel Waters, and the most popular version by Bing Crosby and the Mills Brothers in 1932... 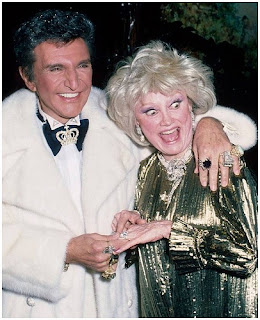 The late Phyllis Diller and Liberace were definitely originals. Diller was much more than just a foil for Bob Hope. She was a pioneer for women comics. Liberace was well....Liberace. There is not much I can add about this duet.  Maybe the less said, the better, but this clip is from a Liberace 1969 special...

Posted by David Lobosco at 7:40 AM No comments: 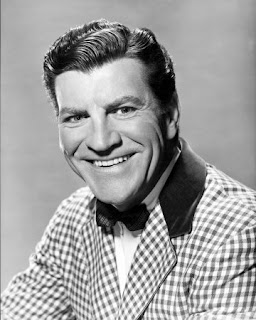 Preston was born Robert Preston Meservey in Newton, Massachusetts, the son of Ruth L. (née Rea) and Frank Wesley Meservey, a garment worker and billing clerk for American Express in 1918. After attending Abraham Lincoln High School in Los Angeles, California, he studied acting at the Pasadena Community Playhouse. He would later serve in the United States Army Air Forces as an intelligence officer with the U.S. 9th Air Force during World War II.

In 1940, he married actress Catherine Craig, to whom he remained married until his death.

Preston appeared in many Hollywood films, predominantly Westerns, but is probably best remembered for his portrayal of "Professor" Harold Hill in Meredith Willson's musical The Music Man (1962). He won a Tony Award for his performance in the original Broadway production (1957). He appeared on the cover of Time magazine on July 21, 1958.[3] In 1965 he was the male part of a duo-lead musical, "I Do! I Do!" with Mary Martin, for which he won his second Tony Award and in 1974, he starred opposite Bernadette Peters in Jerry Herman's Broadway musical "Mack and Mabel" as Mack Sennett, the famous silent film director. That same year (1974) the film version of 'Mame' - another famed Jerry Herman musical, was released with Preston starring alongside Lucille Ball, in the role of Beauregard Burnside, in which he sang 'Loving You' which was written by Jerry Herman especially for Preston to sing in the film.

In 1961, Preston was asked to make a recording as part of a program by the President's Council on Physical Fitness to get schoolchildren to do more daily exercise. The song, "Chicken Fat," written by Meredith Willson and performed by Preston with full orchestral accompaniment, was distributed to schools across the nation and played for students in calisthenics every morning. The song later became a surprise novelty hit and a part of many baby-boomers' childhood memories.

In 1979 and 1980, Preston portrayed determined family patriarch Hadley Chisholm in the CBS western miniseries, The Chisholms. Rosemary Harris played his wife, Minerva. The Preston character died in the ninth of the thirteen episodes of the program. Other co-stars were Ben Murphy, Lance Kerwin, Brett Cullen, and James Van Patten. In the story line, the Chisholms lost their land in Virginia by fraud and left for California to begin a new life.

Although he was not known for his singing voice, Preston appeared in several other stage and film musicals, notably Mame (1974) and Victor/Victoria (1982), for which he received an Academy Award nomination. His last role in a theatrical film was in The Last Starfighter (1984), in which he played intergalactic con man/military recruiter "Centauri." Preston said that he based the character of Centauri on Professor Harold Hill. He also starred in the HBO 1985 movie Finnegan Begin Again along with Mary Tyler Moore. His final role was in the TV movie Outrage! (1986). 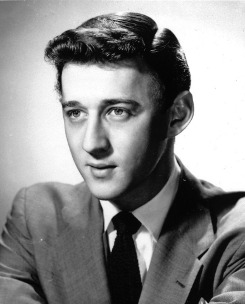 Not many people remember Bobby Van. He was born Robert Jack Stein in 1928 to vaudeville parents in The Bronx, New York City, and grew up backstage to many memorable Depression-era acts. Originally, Van took King as his stage name (after his father's stage name, from the trio "Gordon, Reed and King"). He finally opted for Van, supposedly after seeing a Van Johnson poster hanging in his sister's bedroom.

In the early 1950s, while Van was married to starlet Diane Garrett, he appeared in several films and television shows including Shower of Stars and the title role in The Affairs of Dobie Gillis and roles in the MGM musicals Because You're Mine and Kiss Me, Kate.

In the 1960s, Van did comedy work with Mickey Rooney in films and television. He appeared in three episodes of Rooney's Mickey sitcom on ABC in the role of a freeloading brother-in-law. He also did some choreography, as had his father years earlier.

In 1968, Van married Broadway actress Elaine Joyce, and together they appeared on 1970s game shows like Tattletales and Match Game. Van also hosted the game shows Showoffs, The Fun Factory and Make Me Laugh. They had one daughter, Taylor, who was born in 1977.

In 1973 he appeared in the musical remake of Lost Horizon, the last occasion on which he took his traditional song-and-dance persona to the big screen. His novelty dance number from Small Town Girl (1953) was featured in That's Entertainment, Part II (1976). Van's last television appearance was as the host for the Mrs. America Pageant in 1980, which he had emceed for several years.

In 1979, Van was diagnosed with a malignant brain tumor. He survived the initial surgery, but after a year-long battle with cancer, he died from the disease in Los Angeles in 1980 and was interred at Mount Sinai Memorial Park Cemetery in Los Angeles.

Easily one of Joan Crawford's best performances, POSSESSED(1947), was a great tale of insanity and murder. Also in the cast was Van Helflin and Raymond Massey. I highly recommend this film, and I am not a huge Crawford fan either...

Posted by David Lobosco at 7:39 AM No comments:

Ava Gardner (along with Rita Hayworth) was one of the most beautiful women in Hollywood. Like Hayworth, Ava Gardner also had a hard life filled with ups and downs. Despite her beauty, Gardner was a great actress, and she left behind many great moments to remember her by...

Posted by David Lobosco at 4:39 AM No comments:

Many young people remember Al Jolson as an outdated singer who wore blackface, but Jolson was so much more, and he would have been the first to tell you that! Jolson was one of the greatest entertainers of all time. Despite the view of blackface today, in the 1920s and 1930s it was an acceptable form of entertainment. Here are some clips that show the great Al Jolson in action...


Posted by David Lobosco at 4:45 AM No comments:

This rare clip is from the movie WHEN YOU'RE SMILING(1950). It was a low budget musical featuring many vocal stars of the day. Kay Starr is always a pleasure to hear sing, and it is a bonus to see her...

Helen Morgan is largely forgotten now, but to many she was one of the best torch singers of all time. She was born in 1900 and, she made a big splash in the Chicago club scene in the 1920s. She starred as Julie LaVerne in the original Broadway production of Hammerstein and Kern's musical Show Boat in 1927. She suffered from bouts of alcoholism, and despite her notable success in the title role of another Hammerstein and Kern's Broadway musical, Sweet Adeline (1929), her stage career was relatively short. Helen Morgan died of cirrhosis of the liver at the age of 41 in 1941...

Posted by David Lobosco at 5:52 PM No comments:

Mary Martin was one of Broadway's biggest talents, and Entertainment Tonight gave a nice profile of her life when she died in 1990. They do not give entertainment obituaries like this anymore...

FAVORITE SONGS: I'M A DREAMER, AREN'T WE ALL

The song "I'm A Dreamer Aren't We All" was made famous in the late 1920s by Annette Hanshaw. Then it was revived to great effect by Gogi Grant in the 1950s. What I love about this song is the simple lyrics. They do not write songs like this anymore! This clip is Janet Gaynor singing it in the 1929 movie SUNNYSIDE UP...

Carol Burnett is one of the greatest comedians of all-time. Her variety show, which ran from 1967 until 1978 was among the funniest shows of all-time. Not only can Carol Burnett do comedy, but she can act and sing as well. She is definitely a triple threat! Her are some of her moments that prove that...

I want to take a quick moment to wish a happy 4th of July to all the readers of the blog. I hope everyone takes a moment in between the picnics and the fireworks to think of what this day means to America. Too often the meaning of these patriotic days are forgotten. Here is a musical medley by the great Kate Smith in honor of this holiday weekend...

Posted by David Lobosco at 3:06 AM No comments:

HOLIDAY INN(1942) was definitely a Bing Crosby movie. However, his co-star Fred Astaire stole the film away with the number "Say It With Firecrackers". Astaire lost 20 lbs making this movie, and this number has the distinction of having the fastest tapping ever captured on film...

Posted by David Lobosco at 5:09 PM No comments:

There is no movie more patriotic than the great YANKEE DOODLE DANDY(1942)which starred James Cagney and a young Joan Leslie. Cagney played a fictional version of George M. Cohan. No Independence is complete without this film...

Posted by David Lobosco at 3:18 AM No comments:

Tomorrow, July 2nd, would have been my grandparents' 62nd wedding anniversary. Their love transcended wars,poverty, and illness - and they are what I base my life on now. July 2nd,2002 was also the last time I talked to my grandfather before he died days later. Their song was "It's Magic" which was popular when they got married in 1948. I dedicate this blog entry to them...