COOKING WITH THE STARS: KATHERINE HEPBURN

Some of the classic Hollywood receipes look odd to say the least. I don't think some of them translate to 2023 kitchens. However, Katherine Hepburn has a receipe for brownies that look really good! 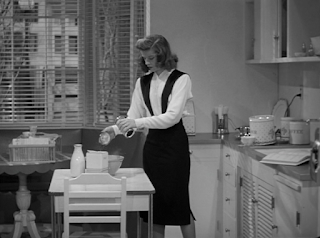 Melt chocolate and butter in a heavy saucepan over low heat. Remove from heat and stir in sugar. Add eggs and vanilla and beat well. Stir in flour, salt, and walnuts. Mix well. Pour into a buttered 8-inch square baking pan. Bake at 325˚ F for 40 minutes. Cool and cut into squares. 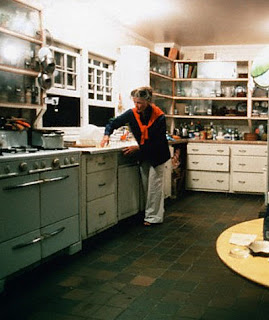 Posted by David Lobosco at 7:29 AM No comments:

THE SON OF ETHEL MERMAN 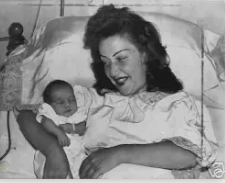 Robert Levitt Jr is not famous today and lives a modest life, but he has the distinction of being the son of Ethel Merman. Born on August 11, 1945, his father, who died when he was twelve, was a successful businessman. His stepfather owned Continental Airlines, and pursued side ventures (like flying troops to Vietnam and flying bodybags home) that made him heaps of money in the late Sixties. Bob vividly remembers an argument in which his mother shrieked at his stepdad, “You use me to get to Nixon for your goddam contracts for your goddam war.”

Bob grew up in posh surroundings on Manhattan’s Central Park West. There was a friendly doorman, and an annual party for the building’s kids, who’d gather to watch the floats of the Macy’s Thanksgiving Parade at eye level. The family’s 21st story duplex boasted its own wraparound terrace, complete with lily ponds. Unfortunately, it also boasted what he calls a “Fascist” governess, who at bedtime made him recite the Lord’s Prayer in German. 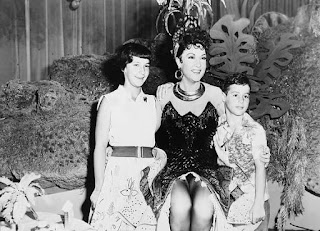 During his mid-teen years, Bob was “spinning in my undeveloped, unparented juices.” When Merman went on the road as the star of Gypsy, he convinced her to let him live on his own, in a residence hotel on the Upper West Side. Needless to say, he didn’t bother with school attendance; he was too busy using his mom’s charge accounts to take cute young things in the Bye Bye Birdie cast to Sardi’s. Merman was angry, because she expected good behavior – but she never seemed much concerned about how he’d make his own way in life.

Fortunately, Bob slowly gravitated into theatre work, of the backstage variety. He got his first gig because of family connections, and deserved to be fired for a long list of screw-ups. But somehow he acquired kindly mentors, who’ve seen him through good times and bad. Today he spends long hours working for environmental causes and an award-winning charity called PlayWrite. He's tremendously proud of the homeless boy from the streets of L.A. who’s become his adopted son.

Ethel Merman, of course, was famous for her powerful singing voice. Didn’t he and she ever sing together? Well, yes. . . for a while their bedtime ritual (before she left for the theatre) was to duet on a ditty called “Play Ball.” The unspoken deal was that if any words came out wrong, they’d have to start again from the beginning. So he’d mangle the rhymes in hopes of having his mother to himself just a bit longer. Shrugs Bob, “That was our sharing, pretty much.”

Today Bob still mistrusts the rich. He firmly believes that once we come to see “wealth as surplus, fame as distraction,” the world will finally begin to heal itself... 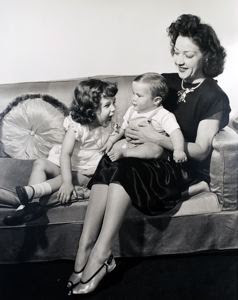 Posted by David Lobosco at 11:57 AM No comments:

THE LAST DAYS OF JOANNE WOODWARD 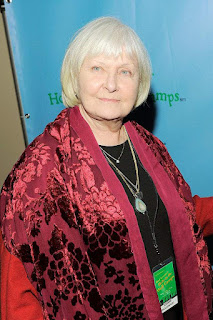 In a month Joanne Woodward will turn 93, but sadly she is facing her final days. The Alzheimer’s-stricken actress is now deprived of her memories of late husband Paul Newman! “Joanne has been suffering from severe Alzheimer’s and dementia for some time now,” confided a source, “and can no longer remember details of her life with Paul.” A family insider added: “Joanne’s health has deteriorated rapidly. She will occasionally say she used to be married to someone handsome, but that’s it. She doesn’t even re- member the love of her life!” The brilliant actress — who won an Oscar for 1957’s “The Three Faces of Eve” hasn’t gone before the cameras since 2005. And while she managed a public appearance in 2016, insiders report that Joanne first began showing signs of dementia after her husband succumbed to cancer in 2008.

“Their girls saw their mom becoming slightly disoriented,” said the source, “but they chalked it up to her depression after Paul’s death.” But now the disease has progressed to such an extent that Joanne needs round-the-clock care. “She barely speaks anymore, and hardly ever recognizes her own daughters or grandchildren,” said the insider. “It’s heartbreaking to see her this way.”

A friend who lived near the actress in Westport, Conn., said shortly after Paul’s death that “Joanne sometimes wakes up in the middle of the night and cries out to Paul.” Now things have progressed to the point where Joanne doesn’t even remember Paul. Fortunately, insiders report that Paul and Joanne’s daughters — Nell, Melissa and Clea — are have stayed close to their mother in her time of need. 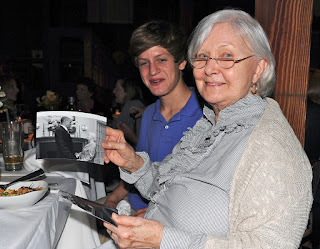 Joanne and Paul first met in 1953, when the actor, then 28, was making his Broadway debut in “Picnic.” 22-year-old Joanne was an understudy in the play. She dismissed Paul at the time as “just a pretty face,” but he was knocked out by the gorgeous blonde from Georgia! “She was modern and independent,” Paul said, “whereas I was shy and a bit conservative. It took me a long time to persuade her that I wasn’t as dull as I looked.”

They were reunited in Hollywood four years later on the set of “The Long, Hot Summer,” and their friendship began to blossom into something more — putting an end to Paul’s marriage to Jacqueline Witte. “Paul was torn between his loyalty to his children and honesty with his feelings for Joanne,” recalls a pal. But Paul and Joanne’s chemistry was undeniable — and they launched an affair while filming the drama.

Paul and Joanne wed in Las Vegas on Jan. 29, 1958, and they welcomed Nell, their first child together, the following year. Their enduring marriage was one of the longest and strongest in Hollywood. Joanne’s youngest daughter, Clea, takes pride in remembering that her strong-willed mother was always her husband’s equal: “They really supported one another in whatever the other wanted to do — but, I mean, she could push back!” 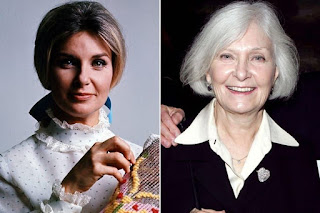 A TRIBUTE TO PETER ROBBINS - ONE YEAR LATER

So sad that Peter Robbins, THE voice of Charlie Brown has been gone for one year now...
Posted by David Lobosco at 9:28 AM 1 comment: 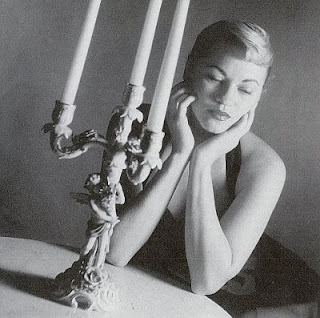 Jeri Southern was the poster girl for a cool jazz voice. Born in 1926 as Genevieve Lillian Hering, Jeri Southern originally trained to be an opera singer and a classical pianist in her home state of Nebraska. But after she graduated high school in 1943, Southern (whose original name was Genevieve Hering) discovered jazz. She spent the next few years trying to emulate her new favorite singers-Ella Fitzgerald, Nat King Cole, and Sarah Vaughan. She had to completely transform her coloratura soprano voice into the deep, husky voice that we know of today.

She soon moved to Chicago to pursue a career in entertainment. Her intention was to become a jazz pianist, but an agent told her she'd make more money if she sang too, and if she changed her name. By 1949, the newly minted Jeri Southern found a steady gig at a Chicago club called the Hi-Note, performing in the intermission between headline acts. Southern's intimate and sultry way of performing jazz standards began to attract the attention of the club's famous clientele like Dizzy Gillespie, Miles Davis, and Peggy Lee. In fact, Lee was so impressed by Southern that she helped her secure a recording contract with Decca in 1951.

Her first single for Decca was the tune "You Better Go Now," by Bickley Reichner and Robert Graham. She was only 25 years old, although already sounding incredibly polished and self-assured. She even accompanied herself on the piano. Southern quickly became a critical darling, praised for her soft, intimate way of selling a torch song, and for her attention on the song's words. She became known for performing deep cuts from the Great American Songbook. These don't just include songs by unknown songwriters, but also rarely performed songs by popular songwriters, including Richard Rodgers and Jerome Kern. 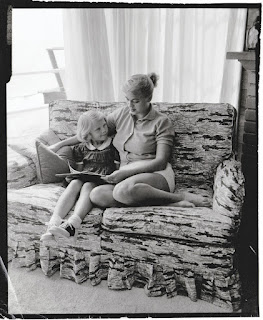 She preferred performing slow ballads with moving stories. She was the first artist to perform the Victor Young and Edward Heyman standard "When I Fall In Love," later made famous by Nat King Cole. People noted that when they saw her live, they assumed she was unhappy, just because of her style and choice of song. But since her style tended towards the melancholy, she had a way of turning even the cheeriest tunes into torch songs.

Although Jeri Southern performed with an orchestra on many of her studio albums, she was arguably best when she herself was sitting at the piano. Southern was shy, but felt most at ease when she could accompany herself. Jeri Southern was also a songwriter. She wrote about half a dozen songs that she recorded over her career, most in collaboration with her second husband Ray Hutchinson, including "Autumn In My Heart" and "I Don't Know Where To Turn."

In 1958, Southern made the move from Decca records to Roulette Records, where she recorded a handful of albums. By the early 1960s, she made a brief stint on Capitol records before retiring from show business completely, saying she was growing tired of the business. One of her final albums was a live album recorded at the Crescendo Club in 1959 and 1960, showcasing Southern at her best: performing live, and accompanying herself at the piano.

She was always shy, and suffered from performance anxiety. She avoided the spotlight for the rest of her life, deciding instead to teach voice, write and arrange songs, and even publish a book on piano technique. When she retired, she said that she had performed all the songs she wanted to perform. She had planned to make a comeback in 1991, but sadly died that year before it could happen... 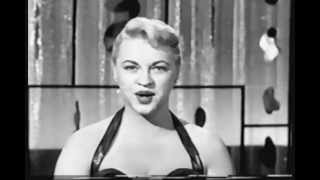 Posted by David Lobosco at 9:49 AM No comments:

One of classic Hollywood's most beautiful actresses was Jane Russell. The camera loved her as these examples show... 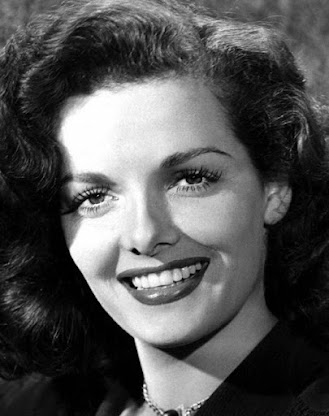 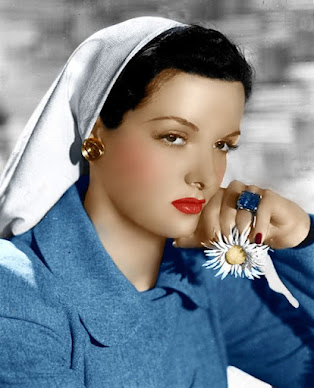 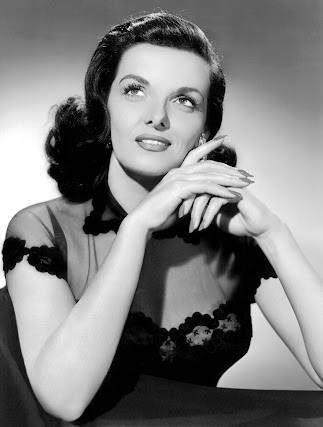 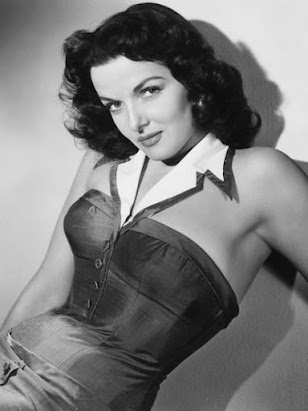 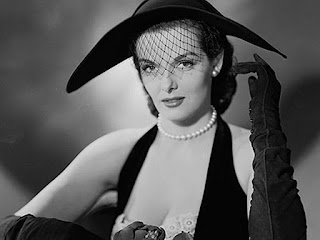 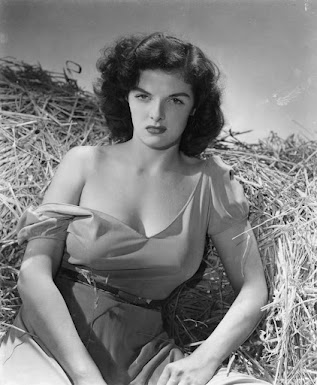 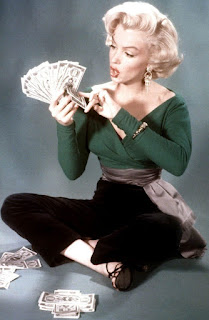 What is Marilyn Monroe’s net worth? Celebrity Net Worth estimates Monroe’s estate was worth around $800,000 at the time of her death which is around $7.8 million in 2022 adjusting for inflation. During her career, she earned little under $3 million ($24 million by today’s economy) from film salary. “She gained a fame in the world, but that’s not an identity you can live with,” Joyce Carol Oates, the author of Blonde on which the Netflix movie starring Ana de Armas as Monroe is based, told Variety.
It is fame that that made a lot of money for a lot of men, but not much for herself. When she died, at 36, she didn’t own enough money for a proper funeral.” She was generous with her wealth, and many reports say she spent her money freely on clothing, jewelry, as well as gifts for friends and employees. Monroe’s life was tragically cut short in 1962 when she died from an apparent suicide. Her net worth was whittled down to just $370,000 ($3.5 million today) after various settlement costs and estate fees, according to the will that was filed in Los Angeles County. Monroe’s most valuable asset was her home in Brentwood, LA, bought just months before the actor passed. It was the only home she ever owed, purchasing the property in January 1962 for $77,500, and Celebrity Net Worth reports she had to borrow money for the down payment from her ex-husband Joe DiMaggio. The sprawling home sold for $7.25 million in 2017.... 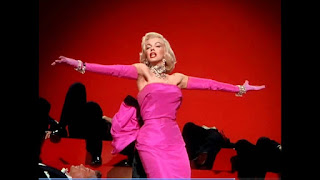 Posted by David Lobosco at 8:37 AM No comments: