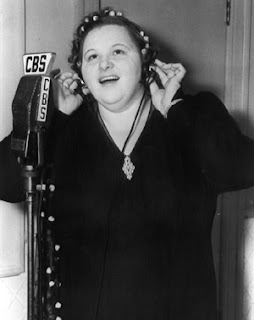 One of the greatest patriotic songs written in the last century was Irving Berlin's "God Bless America". While Berlin wrote the music and lyrics, it was singer Kate Smith that gave the song its popularity and its dramatic interpretation. Kate Smith gave her all in every song she sang and every performance she performed, and that is why she was popular in the entertainment field for close to fifty years.

Kate Smith was born Kathryn Elizabeth Smith on May 1, 1907 in Greenville, Virginia. Her professional musical career began in 1930, when she was discovered by Columbia Records vice president Ted Collins, who became her longtime partner and manager. Collins put her on radio in 1931. She sang the controversial top twenty song of 1931, "That's Why Darkies Were Born". She appeared in 1932 in Hello Everybody!, with co-stars Randolph Scott and Sally Blane, and in the 1943 wartime movie This is the Army she sang "God Bless America". 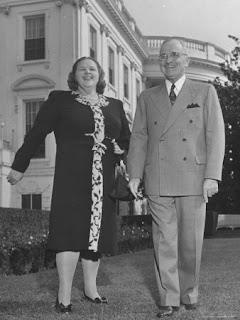 Her feature film Hello, Everybody (1932) was released shortly before Mae West's She Done Him Wrong (1933). At this time, Paramount Pictures was in deep financial trouble. Paramount initially promoted Smith's film and it proved to be disappointing at the box office. On the other hand, West's first starring film was a huge success. This situation added to the ridicule of Smith's size and appearance, but she was featured in a number of Paramount shorts without issue. She continued to be successful on radio throughout the 1930s into the 1940s.

Kate Smith, who never married, rented various apartments in New York City during her long career. She had a home in Arlington, Va., and kept a summer home on a small island in Lake Placid, New York. She led an active social life and loved having house guests both in town and at Lake Placid.

Her public image was of a happy, agreeable, buoyant personality, very bright and very informed. But those who worked with her in show business also knew her as an executive who knew better than anyone else how to stage her shows, how to present herself at her best and how to keep everything at the highest professional level. New Yorkers privileged to sit in on her radio broadcasts saw her supervising every aspect of her programs with great knowledge and utmost taste. She was also known for being ahead of the trends. Even on her later tours she was presenting all her hit songs in a long medley at the end and devoting her repertoire to the Beatles, Jimmy Webb, Michel Legrand, and other contemporary composers. In the later days "God Bless America" was sung in a medley with "Sing" from "Sesame Street." 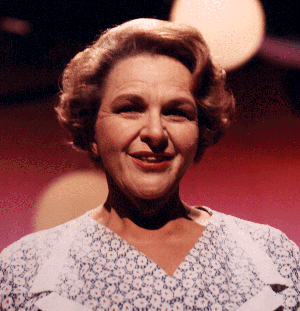 In her later years also, her usually conservative dark gowns were replaced by colorful sequined creations worthy of the Supremes (and, slimmed down, she wore them just as well). Along with Peggy Lee she was one of the few long-careered singers to wade into rock music fearlessly and effectively and that placed her on T.V. variety shows including those of Sonny and Cher, Tony Orlando and Dawn and Donny and Marie Osmond. She also, against all odds, enjoyed some of her greatest recording success in her later years with a series of outstanding albums of contemporary music on RCA Victor. She often said she wasn't much one for nostalgia and also said she was always willing to try something new, at least once. For a living legend, she also was one hip and savvy lady. She was also a cook of considerable note and her name was on a series of best-selling cookbooks which today are collectors' items.

Kate Smith was impaired by diabetes and her weight problem during her last years, and eventually used a wheelchair. She had a diabetic stroke in 1976 that she never recovered from. She died in Raleigh on June 17, 1986 at the age of 79. For over a year following her death, her remains were stored in a vault at Saint Agnes Cemetery in Lake Placid, while officials of St. Agnes Roman Catholic Church and the singer's executors disputed the meaning of a clause in her will. 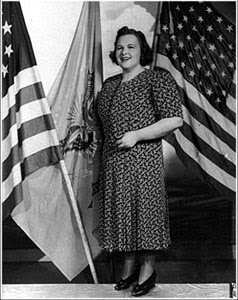 Posted by David Lobosco at 2:46 AM