THE FIVE MOST OVERRATED ACTORS

Most of my top five lists are of my personal favorites, but I thought it would be interesting and thought provoking to make a list of something more negative. I made a list of who I believe are the top five most overrated actors in classic Hollywood. Now, all of the actors on the list have much more talent than I do. I am not saying they did not have talent, but in my opinion they were just overrated. Let me know what you think... 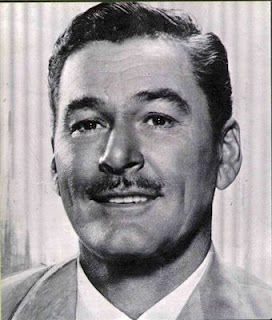 5. ERROL FLYNN (1909-1959)
I think the problem I have with Errol Flynn is I do not care much for the swashbuckler type film that he was famous for in the late 1930s and early 1940s. He was the bad boy Russell Crowe of his day, but I just could never get into Flynn. His personal life and problems I think were much more interesting than any film he ever made.

4. JAMES DEAN (1931-1955)
This may be a controversial view to have, but I feel that actor James Dean was famous because he died. I do not think he would have had the staying power to make it in Hollywood. Yes, he made four popular films, but I still prefer other actors of his day like Paul Newman and Steve McQueen much more. Dean had a look that is forever frozen in time because of his death. He had the look, but I did not see the ability so much. 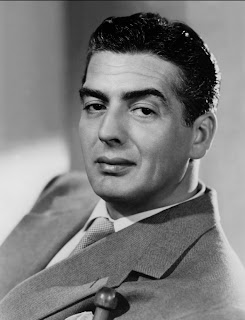 3. VICTOR MATURE (1913-1999)
Again, I feel that Victor Mature was another actor who made it because of his looks. He made some interesting movies and some pretty bad movies. Has anyone ever seen "Red,Hot,And Blue"(1949) with Mature and Betty Hutton - a real stinker of a movie. As Mature aged, he kept his looks for most of his life but his movie career basically ended by the 1960s. He was perfect person to play Samson in "Samson And Delilah"(1949) with Susan Hayward, but I could not see Victor Mature playing Hamlet.

2. WARREN BEATTY (born 1937)
I have seen interviews through the years that Warren Beatty has done, and personally I just do not like the man. I have tried to sit through a Warren Beatty movie - everything from "Bonnie And Clyde" (1967) to "Dick Tracy"(1990), and I just can not do it. Beatty looks like he does not care what the audiences think. A lot of people flocked to his movies back in the day, but he has been mostly retired since 2000. Maybe it's for the best, if his personality is anything I think it is like - he probably does not want to be viewed as an aging actor who once made it big in tinsel town. 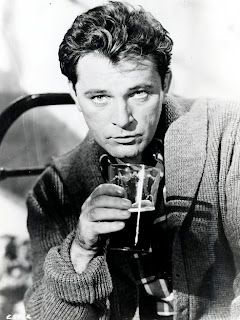 1. RICHARD BURTON (1925-1984)
There are people I see in my every day life that make my skin just itch. Richard Burton is one of those people on the screen who when I see him, I feel dirty and have to itch. Burton just looks simply dirty to me. Even just seeing him on film, I picture his breath smelling like the dinner and booze he had the night before. There has never been a movie I have been able to sit through with him in it. Like many of the stars I picked for the list, Burton was very popular in Hollywood, and his marriage to Elizabeth Taylor was more legendary than any movie he made. However, I do not understand his appeal. Yes, he was British but there were much better British actors out there from Laurence Olivier to James Mason. That is why I picked Richard Burton as the most overrated actor I know...

Any comments...opinions...additions to the list?
Posted by David Lobosco at 4:29 AM