BORN ON THIS DAY: MARTY FELDMAN 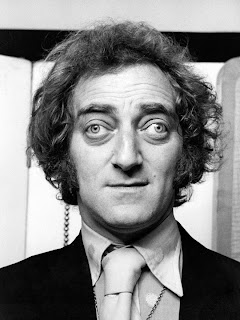 Marty Feldman had a face made for comedy. He was a modern day Buster Keaton, who genius never was fully recognized. Feldman was born on this day, June 8th, in 1934. Feldman was born in the East End of London, the son of Jewish immigrants from Kiev. He recalled his childhood as "solitary".

A BBC documentary also explained that an operation due to his Graves' disease resulted in his eyes being more protruded and misaligned (strabismus).[Leaving school at 15, he worked at the Dreamland fun fair in Margate. By the age of 20, he had decided to pursue a career as a comedian.

Feldman's performances on American television included The Dean Martin Show and Marty Feldman's Comedy Machine. On film, he was Igor (pronounced "EYE-gore") in Young Frankenstein where many lines were improvised. Gene Wilder says he had Feldman in mind when he wrote the part. At one point, Dr Frankenstein (Wilder) scolds Igor with the phrase, "Damn your eyes!" Feldman turns to the camera, points to his misaligned eyes, grins and says, "Too late!"

Feldman met American comedy writer Alan Spencer on the set of Young Frankenstein when Spencer was a teenager. Spencer was a fan of Feldman as a writer and performer. Feldman offered Spencer guidance that led him to create the television show Sledge Hammer! 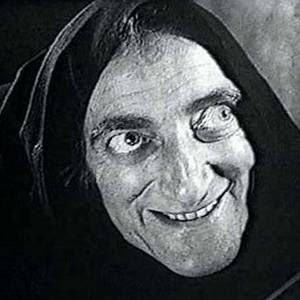 He also made one LP, I Feel a Song Going Off (1969), re-released as The Crazy World of Marty Feldman. The songs were written by Dennis King, John Junkin and Bill Solly (a writer for Max Bygraves and The Two Ronnies). It was re-released as a CD in 2007.

In 1976, Feldman ventured into Italian cinema, starring with Barbara Bouchet in 40 gradi all'ombra del lenzuolo (Sex with a Smile), a sex comedy. He appeared in The Adventure of Sherlock Holmes' Smarter Brother and Mel Brooks' Silent Movie, as well as directing and starring in The Last Remake of Beau Geste. He guest-starred in the "Arabian Nights" episode of The Muppet Show with several Sesame Street characters.

Feldman died from a heart attack in a hotel room in Mexico City on 2 December 1982, during the making of the film Yellowbeard. Michael Mileham, who made the behind-the-scenes movie Group Madness about the making of Yellowbeard, said he and Feldman swam to an island where a local was selling lobster and coconuts. Mileham and Feldman used the same knife on their lobsters; Mileham claimed he got shellfish poisoning the next day, and theorised that this could also have contributed to Feldman's death.

He is buried in Forest Lawn – Hollywood Hills Cemetery near his idol, Buster Keaton, in the Garden of Heritage... 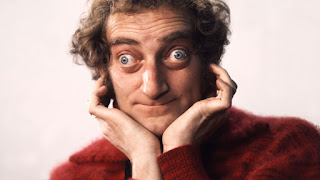