URBAN LEGEND: Vera-Ellen neck had to be covered at all times in the film White Christmas because her neck was ravaged by the effects of anorexia. 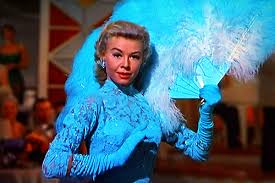 As you might notice, Vera-Ellen’s neck is covered in many pictures. In fact, her neck is covered up in the entirety of White Christmas. Vera-Ellen was an extremely thin woman who died in 1980 (at the age of 61). While never officially diagnosed during her lifetime (heck, the term itself was barely around during her lifetime), Vera-Ellen is alleged to have suffered from anorexia nervosa.
Anorexia nervosa is a mental illness pertaining to a distorted view of how skinny a person is that results in many different effects in people, most specifically, the physical problems of having their body waste away due to their belief that they are too fat.

Vera-Ellen was an EXTREMELY skinny woman for the rest of her life, and biographers of her have made it pretty clear that she suffered from the disease (it was perhaps exacerbated by studio weight requirements, something that afflicted Judy Garland, as well).

While it has not been proven, I do agree that the circumstantial evidence is probably there enough that I would tend to agree that she had SOME sort of eating disorder. 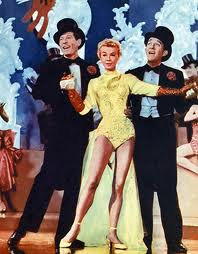 Bill Dennington, a friend of Vera-Ellen, had the following to say on the matter:


"Vera-Ellen was a friend for 20 years until her death. I was in L.A. and had lunch with her 2 weeks prior to her death. If you’ve read David Soren’s book Vera-Ellen: The Magic and The Mystery you would have seen my personal photographs of Vera-Ellen. The photographs were taken in the 60’s and 70’s and she looked fine. All of her life she wore something around her neck, a necklace,a choker, a scarf, a collar, etc., etc. It was her “trademark” like Van Johnson wore red socks. I saw her neck many times it was lovely…..like Audrey Hepburns. Hate that people think of her as “the dancer with anorexia” and not just the FABULOUS DANCER WHO HAS BEEN SO OVERLOOKED !!!!!!!!!!!!"

In any event, to the matter at hand – the story is that Vera-Ellen’s neck had to be covered up in White Christmas because the costumes were designed to cover her neck, which was aged beyond her years due to her eating disorder. If you search around, you’ll get that basic story in lots of places.

However, while I would agree that it seems to be too much of a coincidence that they happened to cover her neck in EVERY shot in White Christmas, I differ about the reason behind it. It may be none of our business what Vera-Ellen was suffering from, but regardless what is not disputed is that she was a wonderful and talented dancer... 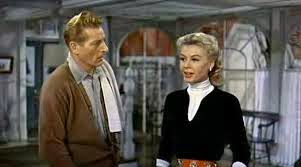 Posted by David Lobosco at 9:24 AM