WILLIAM POWELL AND HIS PERSONAL TRAGEDY 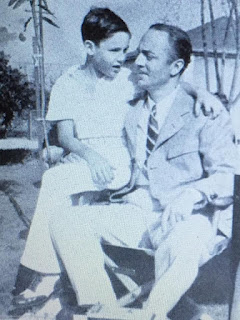 It does not seem easy to be a child of a famous person. Sometimes it is not even easy to be the child of someone not famous! William Powell (1892-1984) was one of the greatest actors that classic Hollywood ever knew. Unfortunately, his only child met a sad and tragic end.

Born on February 27, 1925, William Powell Jr was the only child of William Powell and his first wife Eileen Wilson nine years into their on again off again marriage during a period of reconciliation between the two. They had originally married back in 1915..  They would finally divorce in 1930. His mother died at the young age of 48 in 1942.  As a boy William Jr was apparently plagued by emotional problems.

He would become a television writer, whose work was seen on such series as 'Bonanza,' 'Death Valley,' 'Rawhide,' and '77 Sunset Strip.' He served as an associate producer at Warner Brothers Studios and at Universal Studios as well as holding a position at NBC.

After ill health precipitated his resignation, he was diagnosed with hepatitis and kidney ailments. His lifelong struggle with depression deepened, and at the age of 43, he wrote his father a four page farewell stating that he was "... going where it's better," stepped into a shower, and stabbed himself to death on March 13, 1968. His father never revealed anything else about the letter except the end of it. He was laid to rest at Cathedral City's Desert Memorial Park in Riverside County, California.

William Powell Sr retired from Hollywood in 1955 after filming a great role in the comedy Mister Roberts. Powell had difficulties retaining his lines during the filming of  Mr. Roberts, something that had not happened to him in earlier films, and this was one of the reasons why this was his final film appearance. Frail health, including bouts with cancer, plus a difficult Hawaii location shoot ultimately led to the actor's retirement decision. He reportedly never got over his only child's death. The elder Powell died at the advanced age of 91 on March 5, 1984. 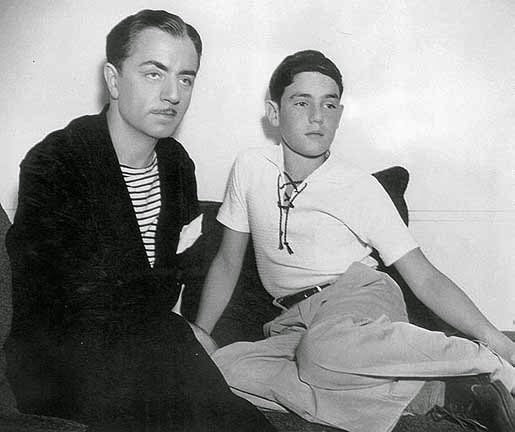