THE LAST DAYS OF WILLIAM HOLDEN 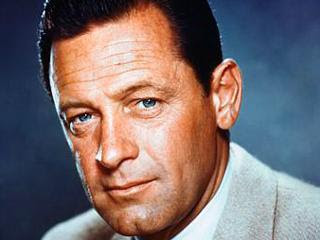 It is hard to believe that William Holden has been dead now for 30 years. Holden was one of the greatest actors of our times. He burst onto the scene with his role in Golden Boy in 1939. He followed that film up with a screen version of the movie of Our Town. By the 1950s, he was starring in hit after hit like: Sunset Boulevard (1950), The Country Girl (1954), Picnic (1955), and The Bridge on the River Kwai (1957) to name a few. Despite the fame and winning an Academy Award in 1954, William Holden faced a lifelong battle with drinking and alcoholism.

The years of his drinking started taking its toll on Holden's chiseled looks by the 1960s. Despite being relatively young still, he was considered Hollywood old school and began losing roles to younger stars like Steve McQueen and Paul Newman. This in turn caused Holden to drink more. He did continue to make some good movies like: The Wild Bunch (1969), The Towering Inferno (1974), and his last movie S.O.B. (1981). However, by that time he was no longer the handsome leading man of movies.

In 1981, Holden was living in Santa Monica, California, on Ocean Avenue. He was partial owner of the building at #535. The Shorecliff Towers. Holden's apartment was on the fourth floor, number 43. He was notoriously private. Even neighbors of many years only received a quick nod from the elusive actor. He also had the habit of disappearing for many days, without notice. That's why it took so long for someone to find him.

According to the autopsy report, Holden was last known to be alive about one week beforehand, when he spoke to his girlfriend Stephanie Powers on the telephone. She indicated that he was drinking, but seemed his normal self and was without complaints. 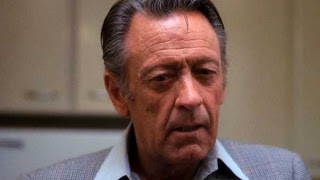 On Monday November 16, 1981, the building manager, Bill Martin, let curiosity get the best of him. He hadn't seen Holden in many days, and became very concerned, so he let himself in, via the passkey. As we all know, curiosity killed the cat, and Mr. Martin was sure taught a lesson that day.

From the report: "All the lights were off, except for the television, so they used flashlights to get around. Holden was found in a robe and shirt, on the floor. The robe was folded back and beneath the body, with the right arm placed through the sleeve, and the left arm "wadded up" and beneath the body, suggesting that he may have been attempting to dress himself. Examination revealed an apparent laceration on his forehead approximately 3 inches in length. Holden’s doctor showed up and theorized that he provably started vomiting blood, and possibly lacerated the lower portion of his esophagus. 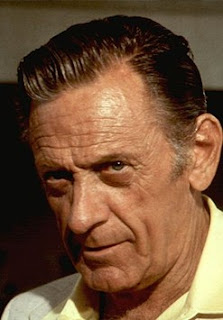 On the scene they found an empty vodka bottle in the trash can, along with 4 beer bottles and a partially full bottle of vodka on the kitchen sink. There was a large quantity of blood surrounding the body as well as all over the bedding and blankets." From the condition of his body, it was decided that he had been dead for at least 4 days.

According to the medical examiner, Holden had tripped on a throw rug and hit his head on the nightstand. The scary part is that he hit it so hard, that it jammed into the wall, and left an indentation of two or three inches into the plaster. There were 8 bloody Kleenex's found next to his body, and a working telephone just inches away from him. The examiner reckoned that Holden didn't comprehend the seriousness of his injury, tried to stop the bleeding himself, and passed out from blood loss. He was probably dead within 15 minutes.