MICKEY ROONEY AND HIS LAST ROLE 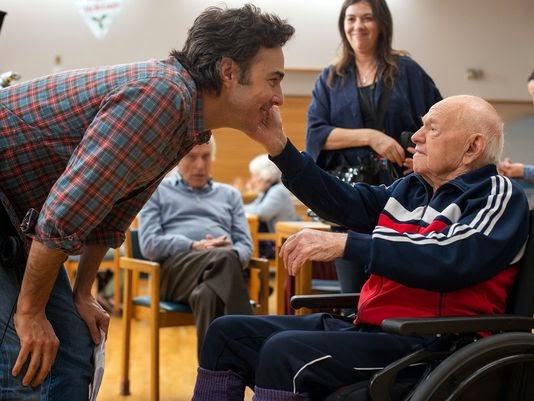 Mickey Rooney was 93 when he shot his final scene as the diminutive night security guard Gus in Night at the Museum: Secret of the Tomb.

The former child star, who was the greatest box office draw of the 1930s and '40s, was far from his vibrant prime on the Vancouver set earlier this year.

"Yes, he was in a wheelchair, and yes, sometimes I had to cue a line for him," says director Shawn Levy. "But Mickey was so energetic and so pleased to be there. He was just happy to be invited to the party."

Levy says Rooney never counted on his showbiz pedigree to earn the Gus role for the original Night at the Museum in 2006. He auditioned for the part.

"This is in an industry now where, if someone has a two-episode arc on a CW show, they don't want to ever audition," Levy says. "So the fact that this legend came in and actually showed what he could do to get the part, that's kind of remarkable and awesome. And it speaks to a love of the work. Mickey really wanted to be in this."

Rooney triumphed, and the part was written around him co-starring with fellow night guards played by Dick Van Dyke and Bill Cobbs. The trio also shot scenes for the franchise's second film, 2009's Night at the Museum: Battle of the Smithsonian, but that footage was cut. Levy wanted to bring the three back for the final installment.

"When we told Mickey about the role in the third film, his face just lit up like it was Christmas morning," says his daughter-in-law Charlene Rooney. "He was so excited he immediately wanted to work on his lines."

It became clear on the Vancouver set, however, that Rooney was not going to be able to stand effectively for his part. Levy called for a wheelchair.

"Mickey was a proud guy. He was aware of his legendary status," Levy says. "But he was still a 93-year-old man for whom standing up and walking was really challenging. I wanted to make that part easy so he could focus on his performance. He was great as a result."

Levy assured Rooney the chair would make the scene even funnier, since he confronts lead actor Ben Stiller while still being vibrant and pugnacious
.
"Mickey was all of those things, but sitting in a wheelchair," Cobbs says. Rooney, he adds with a laugh, was the "sweetest man in the world," who could be "a real curmudgeon, there's no question about that."

But, at the end of his filming stint, Rooney called for silence on the set to poignantly thank everyone, from the director to the crew.

"From that wheelchair, he made this expression of appreciation to everyone there. It was like he wanted everyone to know how hard they all worked," Cobbs says. "It was very touching. Was that his goodbye? I think you could read that into that. If it was his final statement, it was a great final statement." 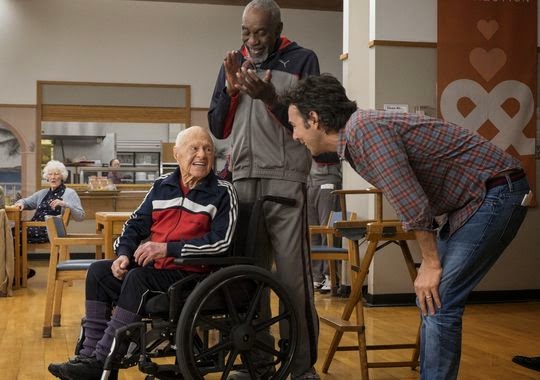 Posted by David Lobosco at 9:39 AM