BORN ON THIS DAY: MICHAEL CURTIZ 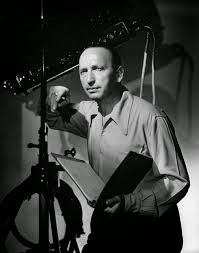 For some reason, I find it funny that the director of 1954’s White Christmas was actually born on Christmas Eve. Through Curtiz career he directed many of the greatest movies ever put on film. Curtiz was born Kertész Kaminer Manó to a Jewish family in Budapest, Hungary (then Austria-Hungary) on December 24, 1886. Curtiz loved to tell stories and he claimed he had been a member of the Hungarian fencing team at the 1912 Olympic Games. In reality, Curtiz had a conventional middle-class upbringing; he studied at Markoszy University and the Royal Academy of Theater and Art, Budapest, before beginning his career as an actor and director as Mihály Kertész at the National Hungarian Theater in 1912.

Details of his early experience as a director are sparse, and it is not clear what part he may have played in the direction of several early films, but he is known to have directed at least one film in Hungary before spending six months in 1913 at the Nordisk studio in Denmark honing his craft. While in Denmark, Curtiz worked as the assistant director for August Blom on Denmark's first multi-reel feature film, Atlantis. On the outbreak of World War I, he briefly served in the artillery of the Austro-Hungarian Army, but he had returned to film-making by 1915. In that or the following year he married for the first time, to actress Lucy Doraine. The couple divorced in 1923. Curtiz left Hungary when the film industry was nationalized in 1919, during the brief Hungarian Soviet Republic, and soon settled in Vienna. He made at least 21 films for Sascha Films, among them the Biblical epics Sodom und Gomorrha (1922) and Die Sklavenkönigin (1924). The latter, released in the US as Moon of Israel, caught the attention of Jack Warner, who hired Curtiz for his own studio with the intention of having him direct a similar film for Warner Brothers, Noah's Ark, eventually produced in 1928. When he left for the United States, he left behind at least one illegitimate son and one illegitimate daughter.

Curtiz arrived in the United States in 1926 (according to some sources on the fourth of July, but according to others in June). He took the anglicized name "Michael Curtiz". He had a lengthy and prolific Hollywood career, with directing credits on over 100 films in many film genres. During the 1930s, he was often credited on four films in a single year, although he was not always the sole director on these projects. In the pre-Code period, Curtiz directed such films as Mystery of the Wax Museum, Doctor X (both shot in two-strip Technicolor), and The Kennel Murder Case. In the mid-1930s, he began the successful cycle of adventure films starring Errol Flynn that included Captain Blood (1935), The Charge of the Light Brigade (1936), The Adventures of Robin Hood (1938), Dodge City, The Private Lives of Elizabeth and Essex (1939), The Sea Hawk and Santa Fe Trail (1940). 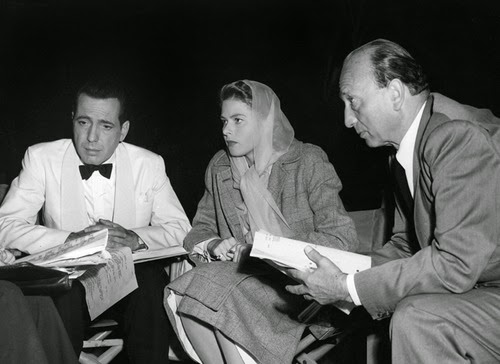 Prime examples of his work in the 1940s are The Sea Wolf (1941), Casablanca (1942) and Mildred Pierce (1945). During this period he also directed the pro-Soviet propaganda film Mission to Moscow (1943), which was commissioned at the request of president Franklin D. Roosevelt in order to aid the wartime effort. Other Curtiz efforts included Four Daughters (1938), Yankee Doodle Dandy (1942), Life With Father (1947), Young Man with a Horn and The Breaking Point (1950).

While Curtiz himself had escaped Europe before the rise of Nazism, other members of his family were not as lucky. His sister's family was sent to Auschwitz, where her husband died. Curtiz paid part of his own salary into the European Film Fund; a benevolent association which helped European refugees in the film business establish themselves in the U.S.

In the late 1940s, he made a new agreement with Warners under which the studio and his own production company were to share the costs and profits of his subsequent films. These films did poorly, however, whether as part of the changes in the film industry in this period or because Curtiz "had no skills in shaping the entirety of a picture". Either way, as Curtiz himself said, "You are only appreciated so far as you carry the dough into the box office. They throw you into gutter next day". The long partnership between director and studio descended into a bitter court battle.

After his relationship with Warners broke down, Curtiz continued to direct on a freelance basis from 1954 onwards and he made many films for Paramount from White Christmas (1954), starring Bing Crosby and Danny Kaye to King Creole (1958), starring Elvis Presley. His final film, The Comancheros, was released six months before his death from cancer on April 10, 1962, aged 75… 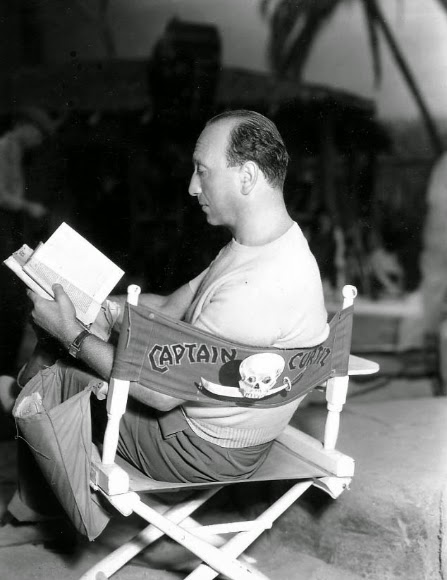