THE LAST DAYS OF GIG YOUNG 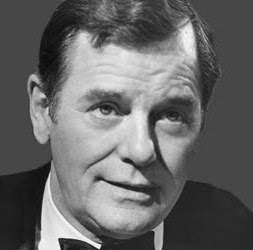 Gig Young is one of those character actors that you saw in countless movies but probably do not remember his name. For me, I remember him with Doris Day and Frank Sinatra in the musical drama "Young At Heart" (1954) or on the episode of Twilight Zone where he is trying to recapture his youth by returning to his home town.

Young should have been elevated to the ranks of great actors like William Holden and Marlon Brando. He even won an Oscar in 1969, but it did not seem to be enough. Young's lifelong demons got the best of him, and the alcohol and depression he suffered contributed to his sad and shocking death.

Born Byron Elsworth Barr in St. Cloud, Minnesota in 1913, his parents John and Emma Barr raised him and his older siblings in Washington D.C. He developed a passion for the theatre while appearing in high school plays, and after some amateur experience he applied for and received a scholarship to the acclaimed Pasadena Community Playhouse. While acting in Pancho, a south-of-the-border play by Lowell Barrington, he and the leading actor in the play, George Reeves, were spotted by a Warner Brothers talent scout. Both actors were signed to supporting player contracts with the studio. His early work was uncredited or as Byron Barr (not to be confused with another actor with the same name, Byron Barr), but after appearing in the 1942 film The Gay Sisters as a character named "Gig Young", the studio decided he should adopt this name professionally.

Young appeared in supporting roles in numerous films during the 1940s, and came to be regarded as a popular and likable second lead, playing the brothers or friends of the principal characters. Young took a hiatus from his movie career and enlisted in the United States Coast Guard in 1941 where he served as a pharmacist's mate in the US Coast Guard until the end of World War II. After Young's return from the war, Warner Bros. dropped his option. He then began freelancing at various studios, eventually obtaining a contract with Columbia Pictures before returning to freelancing. During those years, Young began to play the type of role that he would become best known for, a sardonic but engaging and affable drunk. His dramatic work as an alcoholic in the 1951 film Come Fill the Cup and his comedic role as a tipsy but ultimately charming intellectual in Teacher's Pet earned him nominations for Academy Award for Best Supporting Actor. 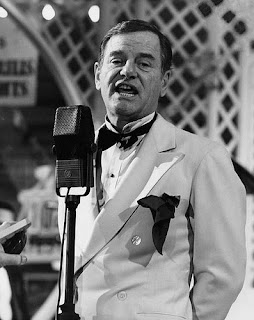 Gig Young won the Academy Award for his role as Rocky, the dance marathon emcee and promoter in the 1969 film They Shoot Horses, Don't They? According to his fourth wife, Elaine Williams, "What he was aching for, as he walked up to collect his Oscar, was a role in his own movie—one that they could finally call 'a Gig Young movie.' For Young, the Oscar was literally the kiss of death, the end of the line". Young himself had said to Louella Parsons, after failing to win in 1951, "so many people who have been nominated for an Oscar have had bad luck afterwards."

Young was married to actress Elizabeth Montgomery from 1956-63, a marriage that strained Elizabeth's relationship with her father, Robert Montgomery, who opposed the union. Young’s alcoholism continued to spiral out of control, and hastened the end of this already-abusive marriage. Young married five times and fathered a daughter in 1964, though he denied paternity until a five-year court case proved otherwise. Remember, no DNA testing then.

Alcoholism plagued his later years, causing him to lose acting roles. He was fired on the first day of shooting the comedy film Blazing Saddles after collapsing on the set due to withdrawals from alcohol.Young was an invisible presence in a terrible movie, The Hindenburg, also released in 1975, and then he hit rock bottom in 1978 when he was cast in a patchwork reworking of an unreleased kung-fu movie called Game of Death — incomplete footage of which was shot prior to star Bruce Lee’s death in 1973. 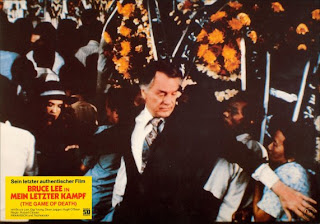 On October 19, 1978, three weeks after his marriage to Schmidt, the couple was found dead at home in their Manhattan apartment. Police theorized that Young first shot his wife and then turned the gun on himself in a murder-suicide. After an investigation, police stated Young had acted on the spur of the moment and his actions were not planned. His motive remains unclear. It was later revealed that Young had been receiving psychiatric treatment from the controversial psychologist Dr. Eugene Landy, who was later professionally decertified for his treatment of Beach Boy Brian Wilson.

Young's will, which covered a $200,000 estate, left his Academy Award to his agent, Martin Baum and Baum's wife. Young left his daughter, Jennifer, $10. Gig Young never did get his "own movie", but unfortunately he did get his "own headlines". Now instead of being known as a great actor, he is known as a sad, troubled, and confused murderer. Another sad story in Hollywood, that should have ended much differently... 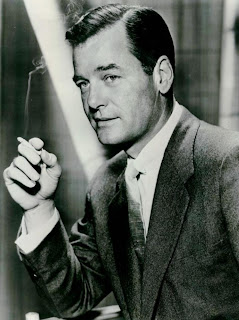