70 YEARS AGO: THE DISAPPEARANCE OF GLENN MILLER 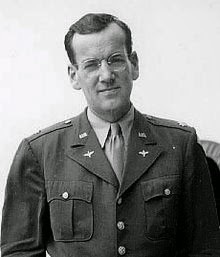 It was a cold day on December 15, 1944, when Major Glenn Miller boarded a Noorduyn 'Norseman' C-64 aeroplane. Since joining the war, the great American bandleader's Army Air Force Band had been performing for Allied troops all over England; now he was flying to Paris to make final arrangements to bring his musicians in for a Christmas concert for the Allied troops there.

Glenn Miller was a national darling. The famous Glenn Miller Orchestra, formed in 1938, had soared out of nowhere to incredible success, creating over 70 top ten records in four years, selling over a million records, and dominating the American airwaves. When America was dragged into the war at the end of 1941, Miller decided that he would best serve his country by being in uniform and promptly enlisted. There he was transferred to the Army Air Corps, promoted to the rank of captain1, and given free rein to set up his own wartime band.

Miller's Army Air Force Band would prove to be every bit as successful as his civilian one, despite all the close shaves that had almost wiped them out of air force history. Now that Christmas was approaching and the Allied troops needed every morale boost they could get, Miller was preparing a concert for them at the Olympia.

The original plan was for manager Don Haynes to fly with Miller to Paris; however, fate interceded and sent a Lt Col Norman Baessell his way. Miller had bumped into him at an officers' mess at Milton East near Northampton on 14 December and had struck up a conversation with the officer. Baessell happened to mention that he would be departing for Paris the next day from an RAF airfield at Twinwood Farm2, and upon hearing of Miller's plans, offered him a seat on the plane. Miller gladly accepted, and whiled away the night eating dinner and playing poker with Haynes and Baessell. 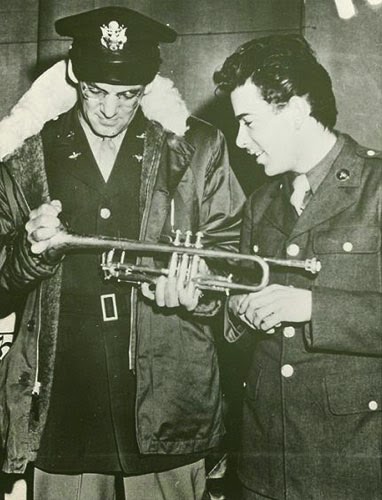 The morning of  December 15th found Bedford heavily fogged in. A concerned Haynes called up Baessell to find out if the flight was still on; Baessell assured him that by the time they took off after lunch the fog would be gone.

It was bitterly cold outside when Baessell contacted pilot John Morgan, who confirmed that he would be arriving soon. Miller, who had been waiting in the car with Haynes, quipped that Morgan would fail to locate the field as it was 24° F and 'even the birds were grounded'; he was forced to eat his words minutes later when an aircraft appeared through the dense fog and landed on the airstrip.

The trio left the control tower and drove to the Noordwyn Norseman C-64 on the tarmac where Morgan, waiting for them, apologised for being late. Miller must have had some last minute doubts about flying into the fog in the single-engine plane when he muttered: 'Where the hell are the parachutes?' In a twist of irony Baessell replied: 'What's a matter with you Miller, do you want to live forever?' Charles Lindbergh had made it across the whole Atlantic on one engine; their C-64 would only be going as far as Paris. Miller made no further comment.

Don Haynes watched as the Norseman sped down the runway and took to flight. He was the last person to see them alive.

What had exactly happened to the passengers of the Norseman has been the subject of much speculation for the past half a century. The official report was that the Norseman aircraft had crashed into the channel due to either iced-over wings or engine failure; however, this explanation would prove unsatisfactory for the majority of the populace, thus causing multiple theories and speculations to mushroom over the years.

In 1985 British diver Clive Ward found what seemed to be the remains of the ill-fated Norseman off the coast of France. Aside from the ordinary corrosive effects of the sea, Ward found no damage to the plane and, more interestingly, no signs of the plane's registration number or human remains. This inevitably led to unanswered questions regarding the fates of Miller and the two other officers, and encouraging even more speculation to spread.
Theories have be raised for the last 70 years with everything from Miller dying in a bordello to him dying in a hospital of lung cancer. Even his brother Herb Miller (1912-1987) claimed in 1983 that Miller did not die in a plane crash but of lung cancer in 1945. Herb says Glenn created the story of the plane crash himself because Miller wanted to die a hero and not dying in a bed. While romantic speculations of Miller having been the unfortunate victim of a vicious conspiracy may be appealing to those with rose-tinted glasses, the fact is that his death is far more likely attributed to a series of unfortunate accidents than it is to him having been silenced or the government having covered up an embarrassing situation.


However, we may never know for sure what happened in the final minutes of Miller's life. All we know is that he and his companions had boarded a plane, never to be seen again, and the world of swing music is a much poorer place for his passing… 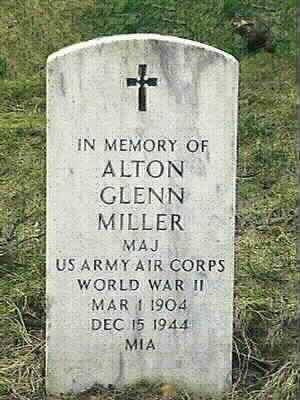