Awwww...Christmas is almost here. Time to dust off the remote control and watch some holiday movies to get me in the Christmas spirit. I figured I would take a look at my five favorite holiday movies. Before anyone comments or throws burning eggnog on my house, I did not include It's A Wonderful Life on the list. I didn't include it because I have never seen the movie all the way through! However, that is another story for another time... 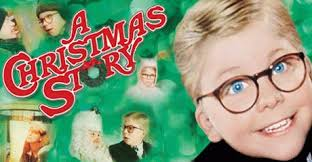 5. A CHRISTMAS STORY (1983)
I believe this nostalgic film used to be my favorite holiday movie. For years now there has been a marathon on cable channel TBS, and over the past few years I have gotten a little bored of the movie. It is a great comedy, and a great look at Christmas in American in the late 1940s. Like so many movies, when it first came out in 1983 it was a bomb. However, over the last thirty years it has become a beloved holiday classic. From the leg lamp to the line “You’ll shoot your eye out”, the movie has taken on a life of its own. I’ll still watch the movie over the holidays, but I just may not try to watch 24 hours of it in a row anymore.


4. SCROOGED (1988)
Many of the versions of Charles Dicken’s “A Christmas Carol” are dry and dull, so I have always liked this contemporary comedy based on the beloved Christmas story. Bill Murray makes this movie with his funny and charming version of “Ebenezer Scrooge”. The movie is about Christmas and changing your life for the better, but I loved the additional cast in the movie like: Robert Mitchum, John Houseman, and Buddy Hackett, and John Forsythe among others. Bill’s version of Ebenezer works as the head of a television studio, and as the station puts on an ambitious live version of “A Christmas Carol”, Bill Murray is changed through visits from three ghosts. One of the ghosts was played by the funny Carol Kane. It’s a great movie to get rid of the humbugs in anyone!

3. ELF (2003)
I don’t really watch Saturday Night Live anymore, but one of the funniest people to come out of that show is Will Ferrell. Early in his movie career, Will made this movie about a human raised as an elf. The elf goes to New York to find his dad. You can imagine what happens next. This movie has truly become a holiday classic, and I never get tired of the movie and can recite many of the lines. I use the line “smiling is my favorite” in my every day conversations I think! A surprising bit of casting was serious actor James Caan as Will’s dad. He is a great part of the movie, as is Bob Newhart as Will’s foster elf father. I am not sure if the movie was intended to become such a part of Christmas, but all I have to do is watch the film once to feel good inside and feel the Christmas spirit.


2. HOLIDAY INN (1942)
Even though I am a supposed fan of classic movies, this is the only truly classic holiday movie to make the list. Like so many holiday classics, this fim was not really intended as a holiday film, and there is very little about Christmas in the movie. The movie did introduce the world to one of the greatest holiday songs of all time “White Christmas”, and really a movie can not get any better with Bing Crosby, Fred Astaire, and Irving Berlin songs in it. The movie was so popular that the Holiday Inn chain of motels and hotels were named after the movie. The song “White Christmas” would go on to be the biggest hit Bing Crosby ever recorded, and it would often be dubbed the most popular song of all time. I like the movie because the great Irving Berlin songs are woven around all of the holidays, and I feel the movie is as watchable in 2014 as it was 72 years ago when it debuted. 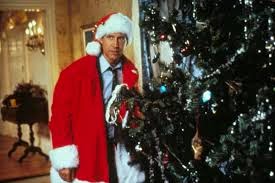 1. NATIONAL LAMPOON’S CHRISTMAS VACATION (1989)
Many holiday movies give you warm and fuzzy feelings on how wonderful the holidays are. This comedy starring Chevy Chase reminds you what Christmas and the holiday season is really like. The movie is not afraid to show you that the holiday season often sucks! I don’t always find Chevy Chase funny, and this movie was pretty much the last good movie he made, but he is great as Clark Griswald. Griswald wants to have a huge family Christmas together like he remembers as a kid. He gets what he wishes for and so much more. From the Christmas tree catching fire to a squirrel running loose in the house to an unwanted family guest that just will not leave, we have all been there. There is a little bit of Clark Griswald in all of us. Of course in the end everything works out, but not until their house is destroyed and a swat team visits them on Christmas Eve! This movie does not paint a beautiful Norman Rockwell painting of Christmas, but it does portray a pretty accurate depiction of what the holidays are like. It is noisy and annoying and tiresome but keep on celebrating the holidays every year. I would not miss it for the world!