THE PERSONAL SIDE OF JIMMY DURANTE 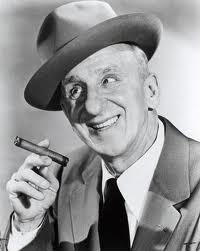 I want to admit something right now...I love Jimmy Durante. He was one of the nicest people in Hollywood. He wasn't the funniest comedian. He wasn't the best actor. He did not have the best voice. However, his sunny personality and great outlook on life came out in everything he did, and he delighted audiences for well over fifty years.

Jimmy Durante's successful radio show was bracketed with two trademarks: "Inka Dinka Doo" as his opening theme, and the invariable sign off that became another familiar national catchphrase: "Good night, Mrs. Calabash, wherever you are." For years Durante preferred to keep the mystery alive. One theory was that it referred to the owner of a restaurant in Calabash, North Carolina, where Durante and his troupe had stopped to eat. He was so taken by the food, the service, and the chitchat he told the owner that he would make her famous. Since he did not know her name, he referred to her as "Mrs. Calabash." Another idea was that it was a personal salute to his deceased first wife, Jeanne (Olsen) Durante, who died in 1943. "Calabash" might be a mangle of Calabasas, the California city where they made their home during the last years of her life.

At a National Press Club meeting in 1966 (broadcast on NBC's Monitor program), Durante finally revealed that it was indeed a tribute to his wife. While driving across the country, they stopped in a small town called Calabash, whose name she had loved. "Mrs. Calabash" became his pet name for her, and he signed off his radio program with "Good night, Mrs. Calabash." He added "wherever you are" after the first year.

Durante's first wife was the former Jean (Jeanne) Olson, whom he married on June 19, 1921. She was born in Ohio on August 31, 1896. She died on Valentine's Day in 1943, after a lingering heart ailment of about two years. She was 46 years old when she died, although different newspaper accounts of her death suggest she was 45 or perhaps 52. Her death was not immediately expected, as Jimmy was touring in New York at the time and returned to Los Angeles right away to complete funeral arrangements.

Durante married his second wife, Margaret "Margie" Little, at St. Malachy's Catholic Church in New York City on December 14, 1960. As a teenager, with her gorgeous red hair and undeniable charm, Margie had been crowned Queen of the New Jersey State Fair. She attended New York University before being hired by the legendary Copacabana, in New York City. They met 16 years before their marriage when he was performing there and where she worked as a hatcheck girl. She was 41, he 67, when they married. With help from their attorney Mary G. Rogan, the couple was able to adopt a baby, Cecilia Alicia (nicknamed CeCe and now known as CeCe Durante-Bloum) on Christmas Day, 1961. CeCe became a champion horsewoman and then a horse trainer and horseback-riding instructor near San Diego, married a computer designer (Stephen), and has two sons and a daughter (Connor, Ryan and Maddie). Margaret died on June 7, 2009, at age 90. 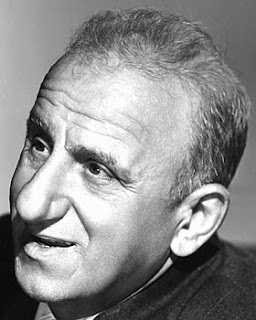 Regarding his personal side, Durante also was very charitable. For the most part none of his selfless acts for those less fortunate made the presses. On August 15, 1958, for his charitable acts, Durante was awarded a huge three-foot-high brass loving cup by the Al Bahr Shriners Temple. The inscription read: "JIMMY DURANTE THE WORLD'S MOST FAMOUS COMEDIAN. A loving cup to you Jimmy, it's larger than your nose, but smaller than your heart. Happiness always, Al Bahr Temple, August 15, 1958."

Jimmy's love for children continued through the Fraternal Order of Eagles children, who among many causes raise money for handicapped and abused. At Jimmy's first appearance at the Eagles International Convention in 1961, judge Bob Hansen inquired about his fee for performing. Jimmy replied, "Do not even mention money judge or I'll have to mention a figure that'll make ya sorry ya brought it up" "What can we do then?" asked Hansen. "Help da kids," was Durante's reply. Jimmy performed for many years at Eagles conventions free of charge, even refusing travel money. The Fraternal Order of Eagles changed the name of their children's fund to the Jimmy Durante Children's Fund in his honor, and in his memory have raised over 20 million dollars to help children. A reporter once remarked of Durante after an interview: "You could warm your hands on this one." One of the projects built using money from the Durante Fund was a heated therapy swimming pool at the Hughen School in Port Arthur, Texas. Completed in 1968, Durante named the pool the "Inka Dinka Doo Pool."

Jimmy Durante was so much more than "Inka Dinka Doo", and he was one of the most beloved men in show business. Unfortunately, he was plagued with ill health for the last nine years of his life, and he died largely forgotten in 1980. However, he has left a lasting legacy. For that I say goodnight Mr. Durante - wherever you are... 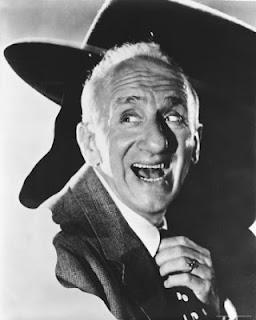 Posted by David Lobosco at 5:45 AM