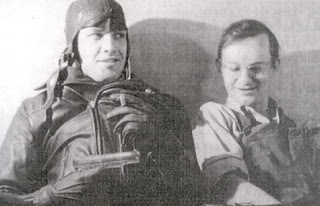 Cox's family moved frequently, eventually to Chicago, Illinois, then New York City, then back to Detroit, where he graduated from Denby High School.

During World War II Cox and his family returned to New York City, where he attended City College of New York. He next spent four months in the Army, and on his discharge attended New York University. He supported his invalid mother and sister by making and selling jewelry in a small shop and at parties, where he started doing comedy monologues. These would lead to regular performances at nightclubs, such as the Village Vanguard, beginning in December 1948.

He became the roommate of Marlon Brando, who encouraged him to study acting with Stella Adler. Cox and Brando remained close friends for the rest of Cox's life, and Brando appeared unannounced at Cox's wake. Brando is also reported to have kept Cox's ashes in his bedroom and conversed with them nightly.

On February 15, 1973, Cox died suddenly of a heart attack in his Hollywood, California home. He was only 48. He had been married three times and had two children.

Brando initially promised a respectful immediate scattering of the ashes at sea. But Brando had other plans. So devoted to Cox and his friendship, Brando covertly KEPT his buddy's ashes for the remained of Brando's natural days. It was only until after Brando's death, Cox's widow discovered she was lied to regarding the disposal of her beloved husband's ashes. What she learned, that Brando's true plans were to MIX his ashes with those of Cox, and scatter together in the hills of Death Valley, California. After all Cox & Brando were childhood friends from NY, since childhood.

Much has also been made of his countless liaisons, reputed to be both heterosexual and homosexual, and failed relationships. Some friends and family of both men insist Brando's relationship with Cox was platonic. Regardless, their bond offers a different perspective on one of the world's most famous, yet little known, men.

Marlon Brando died on July 1, 2004 at the age of 80 after suffering from numerous illnesses.

There are many reports about what happened to their ashes. The ashes were reportedly in the possession of a woman named Donna Lopez Geon -- who was in a relationship with Marlon's son Christian Brando ... until Christian passed away in 2008. Lately it has been reported that the partial ashes of Brando, Cox and another longtime friend, Sam Gilman were scatered together in Tahiti and Death Valley. Bizarre things happen when the stars are friends...