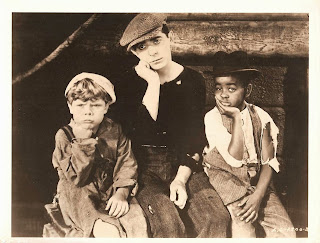 Firstly, I have little children now so the amount of money I have that I can spend on buying movies and DVDS are limited. However, I started buying a few Christmas gifts. and if I am ordering a movie for the kids I can usually slip in one for me as well. So I bought my first movie in a long time - Eddie Cantor's KID MILLIONS (1934). It is really hard to find Cantor's movies on DVD. I think partially because of the blackface in his movies, they are pretty hard to come by. This is one of the best movies Eddie made for Samuel Goldwyn. It not only featured some great music including Irving Berlin's Mandy, but there is a scene (a little like The Wizard Of Oz) that is in technicolor. It is amazing that a 1934 would spend that type of money on that extravagant of a feature, but it is great to watch. 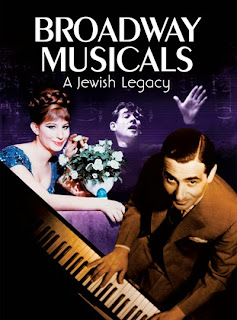 Now, with the children I just need to find the time to watch it. Last Sunday, a rare thing happened - both children napped at the same time. I got all of my chores done early in the day, so I just laid around watching television a bit. PBS had a very interesting documentary on their program Great Performances on the Jewish influence on Broadway musicals. It was really fascinating. I caught the documentary half way through it, but the program profiled some of the great Tin Pan Alley song writers like Irving Berlin and then ended with more modern Jewish composers like Mel Brooks. Narrated by Joel Grey, it was great seeing some actual Broadway performances from shows like "Fiddler On The Roof" and "Cabaret". Hopefully PBS will replay the program so I can watch it in its entirety.

With word that Jack Nicholson is not acting anymore, I started thinking about some of the final roles for great stars. How horrible for Gene Hackman that if he never makes another movie (which is probably the case), that he ended his great career on the horrible comedy WELCOME TO MOOSEPORT. Regarding the classic Hollywood stars, Fred Astaire's final film role was the 1981 adaptation of Peter Straub's novel GHOST STORY. This horror film was also the last for two of his most prominent cast mates, Melvyn Douglas and Douglas Fairbanks, Jr. The great James Cagney made a rare TV appearance in the lead role of the movie TERRIBLE JOE MORAN in 1984, his last work. He was in fragile health and confined to a wheelchair from strokes, but the producers worked his real-life disabilities into it by casting him as an 80-year old ex-boxer who needs a wheelchair to get around. One of the sadder final movies roles of a Hollywood legend was Joan Crawford's last role. She starred on the big screen one final time, playing Dr. Brockton in Herman Cohen's science fiction horror film TROG (1970), rounding out a career spanning 45 years and more than eighty motion pictures. Let's hope stars like Jack Nicholson, Sean Connery, and Gene Hackman still have one more great role in them - because they will be missed on the big screen. 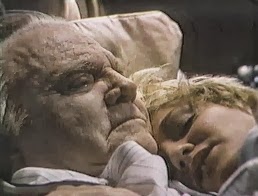 TCM MOVIE OF THE MONTH: OCTOBER 24TH 11PM - 11:00 PM House Of Usher (1960) A young man tries to rescue the woman he loves from her demonic brother. Dircted by: Roger Corman Cast: Vincent Price, Mark Damon, Myrna Fahey. C-79 mins, TV-PG, CC, Letterbox Format. That is my classic movies news for the month of October. Have a wonderful autumn month...
Posted by David Lobosco at 4:53 AM