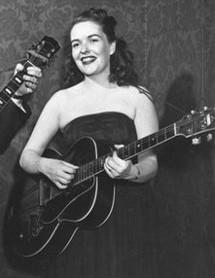 Les Paul is considered a legend and the genius behind the electric guitar, and rightfully so. However, when Les Paul was racking up the hits in the early 1950s, the vocalist on his hit recordings was his wife at the time Mary Ford. Unfortunately no one seems to remember her much.

Mary Ford was born Iris Colleen Summers in El Monte, California on July 7, 1924, the second daughter of Marshall McKinley Summers (1896-1981),a Nazarene minister, who later became a painting contractor, and his wife, Dorothy May White Summers (1897-1988), and was the sister of Byron Fletcher Summers (1918-1994), Esther Eva Summers Wootten (born 1922), Bruce Wendell Summers (1929-2007) and Bob Summers (born 1938). Ford came from a musical family, and her parents left Missouri, traveling cross-country while singing gospel music and preaching at revival meetings across the United States. They eventually settled in Southern California, where they were heard over KPPC-AM, Pasadena's first Christian radio station. Her sisters and brothers were all musicians; Esther, Carol, Fletcher, jazz organist Bruce and film composer Bob Summers.

After being married two other times, she met guitarist Les Paul. By 1947 Summers became romantically involved with Paul, whose first marriage to Virginia M. Webb was failing, as it could no longer endure the stresses and strains of his show-business career.In January 1948, while traveling on Route 66 through Oklahoma, the couple’s car driven by Summers skidded off the road and plummeted 20 feet into a frozen creek bed. After the accident, Summers identified herself to authorities as Iris Watson.Among Paul’s many injuries, his right elbow was shattered, and it would be eighteen months before he could play guitar again After Paul's wife Virginia took their two sons to Chicago, Summers moved in with Paul in his house on Carson Avenue, where she took care of him as he recuperated from the effects of the car accident. 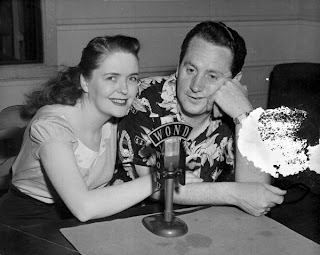 By July 1949 Summers was performing under the stage name of Mary Ford. To avoid confusing her established western music audience, initially Paul named his musical partner "Mary Lou", but later selected the stage name "Mary Ford" from a telephone directory so her name would be almost as short as his. In 1949, Paul and Webb divorced, and he married Ford on December 29, 1949 in a "small private ceremony without much fanfare" in Milwaukee, Wisconsin. Ford and Paul had three children: a baby born on November 26, 1954, who died four days later; Mary Colleen Paul, who they fostered since 1958; and Robert Ralph "Bobby" Paul (born in 1959).

After extensive touring and recording, the couple decided to leave Hollywood and moved to New York City to make the crossover from radio to television. They took a cramped apartment in Paul’s former New York neighborhood, where they conceived and recorded their arrangement of "How High The Moon", a hard-swinging multi-layered arrangement containing twelve overdubs using the guitar and Ford’s voice. While Capitol was reluctant to release this song, after they had scored several more hits with Capitol, including, 'Tennessee Waltz" and "Mockin’ Bird Hill", "How High The Moon" was released in March 1951. Within a month, "How High The Moon" and "Mockin’ Bird Hill" captured The Hit Parade’s number 1 and number 2 spots, respectively. Paul bought a Cadillac to use on their expanding road tours with plenty of space for all their electronic gear. In September 1952, after cutting "I'm Sitting on Top of the World", Ford and Paul sailed for London to appear at the Palladium Theatre, where they debuted before Queen Elizabeth II and the royal family.

In 1953 the couple recorded "Vaya con Dios" (Capitol 2486), the biggest selling song of their career, which was released in June 1953, entered the Billboard charts on June 13, 1953, and reached number one on August 8 and remaining there for a total of nine weeks. The song lasted thirty-one weeks on the charts, but with the advent of rock 'n' roll, they faded from the charts. 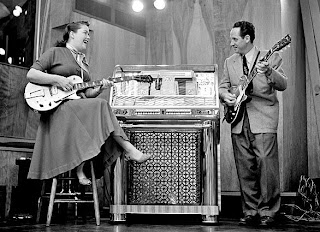 In October 1963 Paul initiated divorce proceedings in New Jersey against Ford, on the grounds of adultery and cruelty, claiming she had committed adultery with cowboy singer Foy Willing during a three-year affair and also with building contractor Donald E. Hatfield, and "other various men"; had neglected the care of their children; and had humiliated him in public by boasting of her affection for other men and claiming that he had abused her. While not convinced that her husband was in a current sexual relationship with Ford, Sharon Lee Willing, alleges her husband and Ford had a sexual relationship during their time together on The Hollywood Barn Dance in the mid-1940s; that Ford had a proprietary interest in her husband, often phoning him in the middle of the night; and that her husband recommended his own attorney to Ford to handle her divorce, but that the lawyer eventually resigned as Ford was always drunk, often obstinate, indecisive and forgetful about details in their meetings. After dropping his charges of adultery and desertion, on December 17, 1964 Paul was granted an uncontested divorce on the grounds of extreme cruelty and granted custody of their son.

Mary Ford never had any singing success like the recordings she made with Les Paul. She made a couple of solo recordings, and then created a singing group with her sisters with little success. In 1965, Ford married for the fourth and final time to her childhood sweetheart from back home. As she got older, Mary did not take good care of herself. After falling into a diabetic coma, Mary Ford died eight weeks later on September 30, 1977 at the young age of 53. She might have had personal problems as we all do, but her vocals should be remembered. She deserves to not be hidden in the shadow of a genius like Les Paul... 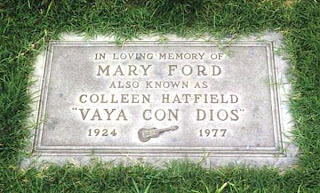