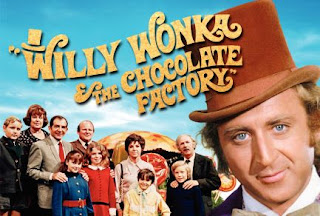 In this day of special effects and computer animation in films, there is just something special about 1971's Willy Wonka And The Chocolate Factory. I grew up on the movie, and it is hard to believe the film is over forty years old. The film tells the story of Charlie Bucket (Peter Ostrum, in his only film appearance) as he receives a golden ticket and visits Willy Wonka's chocolate factory with four other children from around the world.

Filming took place in Munich in 1970, and the film was released on June 30, 1971. It received positive reviews, but it was a box office disappointment. However, it developed into a cult film due to its repeated television airings and home video sales. In 1972, the film received an Academy Award nomination for Best Original Score.

The idea for adapting the book into a film came about when director Mel Stuart's 10-year-old daughter read the book and asked her father to make a film out of it, with "Uncle Dave" (producer David L. Wolper) producing it. Stuart showed the book to Wolper, who happened to be in the midst of talks with the Quaker Oats Company regarding a vehicle to introduce a new candy bar from their Chicago-based Breaker Confections subsidiary (since renamed the Willy Wonka Candy Company and sold to Nestlé). Wolper persuaded the company, who had no previous experience in the film industry, to buy the rights to the book and finance the picture for the purpose of promoting a new Quaker Oats Wonka Bar.

It was agreed that the film would be a children's musical, and that Dahl himself would write the screenplay. However, the title was changed to Willy Wonka and the Chocolate Factory in order to promote the aforementioned candy tie-in. Screenwriter David Seltzer conceived a gimmick exclusively for the film that had Wonka quoting numerous literary sources, such as Arthur O'Shaughnessy's Ode, Oscar Wilde's The Importance of Being Earnest, Samuel Taylor Coleridge's The Rime of the Ancient Mariner and William Shakespeare's The Merchant of Venice. Seltzer also worked Slugworth (only mentioned as a rival candy maker in the book) into the plot as an actual character. 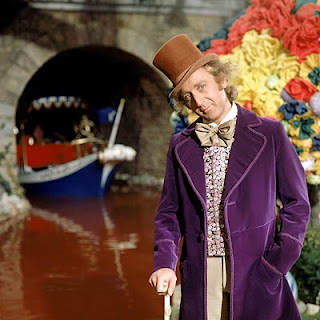 Dahl, who had rights to the film production, unsuccessfully pushed for Spike Milligan to play Willy Wonka. His next choice, Ron Moody, rejected the part. Jon Pertwee also turned down the role due to ongoing commitments to Doctor Who. Also initially considered was Broadway star Joel Grey, who ultimately was rejected due to his small physical stature. Auditions were held for a week in New York City's Plaza Hotel, where Gene Wilder was immediately awarded the role. Wilder said that he would do the film only if Wonka first appeared onscreen coming out of the factory hobbling with a cane, only to then lose it and do a somersault. Further auditions were held in New York, London and Munich to fill the parts of the other children and their parents.

A lot of critics says the movie placed too much emphasis on Willy Wonka and not enough on Charlie. However, I think what continues to endear generations to this film is Gene Wilder. Wilder portrayed Wonka in such a fashion that you never knew if he was serious or joking or deranged or crazy. One of my favorite songs in this so-called "musical" was the song "Imagination", which was surprisingly sung well by Gene Wilder. The most famous song was "The Candy Man". The song was recorded commercially by Sammy Davis Jr, and it would go on to be his only number one hit. The movie is great for children of all ages, and even though there are some scary elements, it is a great movie to sit down with the family with. Everyone should be able to spend a day in Willy Wonka's factorty at least once... 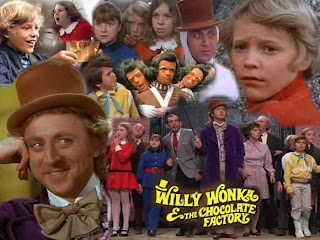