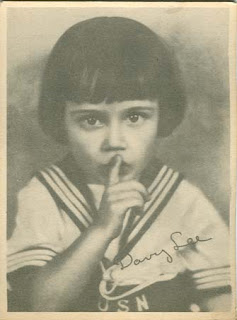 Everyone remembers the old number "Sonny Boy". Al Jolson made it famous in the late 1920s when he made nearly every song famous. Forgotten child actor Davey Lee was the one that Al sang the vintage song to in the film "The Singing Fool" (1928).

Born in Hollywood, California, on December 29, 1924, David Lea became Davey Lee, the child star who was billed with Al Jolson in The Singing Fool, Al Jolson's second talking film, in 1928. He followed his brother, Frankie Lee, who was three years older, into show business, ultimately becoming a far greater star. Cast as Al Jolson's three year old son in the 1928 film, The Singing Fool, he was dubbed "Sonny Boy," an appellation that remained with him for the rest of his life. The song "Sonny Boy" was a solid hit, often credited as being the first million selling recording, and the film, The Singing Fool, the top grossing motion picture until Gone With The Wind.

Over the course of the following few years, young Davey Lee became quite the phenomenon in Hollywood, and beyond. He was quickly featured in a film of his own, titled Sonny Boy, with Edward Everett Horton and Betty Bronson, the film has a decidedly adult major theme of marital discord and infidelity. The climax of the film, which unfortunately did not survive the ravages of time, featured Davey Lee, himself, singing a full throated version of "Sonny Boy." 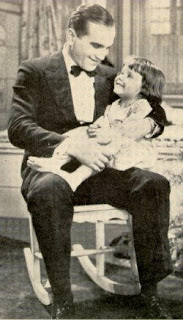 His next film was another first, the debut of canine star Rin Tin Tin in Frozen River. During the filming of this movie, Rinty reportedly did not recognize Davey as the star that he was, and tried to take a nip out of the child. Still, Davey was rescued in the scene, and Rin Tin Tin, and progeny, made it to television under the training of Lee Duncan.

Davey returned to Al Jolson's side in the 1929 film Say It With Songs. Reprising his role with a new name, Little Pal, he survives in this movie, providing a happy ending for a Jolson film most notable for its lack of blackface.

At about the same time, Davey entered the recording studio for a final take on a piece he had first recorded in June, 1929, in Chicago. The New York tracks were released on the Brunswick Label in 1929, as "Sonny Boy's Bear Story," a monologue with song accompanied by a small orchestra. It was told in two parts, on both sides of a 78 rpm record, and, reportedly, sold quite well. You can listen to the recording by clicking the advertisement for the record shown at left!

Also in 1929, Davey appeared in the movie Skin Deep, about which precious little is known other than it stared yeoman actor Monte Blue, and is said to somehow concern a mistaken identity. In 1930, his role of Bunny Hart played to Jack Holt, Dorothy Revier and Zasu Pitts in The Squealer, the story of a gang czar and his society wife. This is another film you are not likely to find at your local video store. 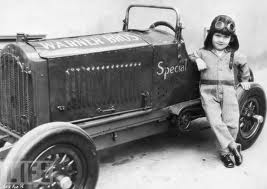 Davey also recorded another record that year, "I've Lost My Dog" and "Davey and His Tog Tatters," released on the Brunswick label. Unfortunately, no copies of this recording are known to exist.

Reportedly earning some $3000 per week in 1930, Davey Lee left show business at the ripe age of six. There are stories that his health was suffering, and others that his mother received an offer of $3500 for him to make appearances in vaudeville, but either way, this was the end of his short film career. Despite some of Al Jolson's stories to the contrary, there is no evidence that he and Davey every crossed paths in later life. There is a photo, however, from the era of the Jolson biopics, which shows Davey Lee again sitting on Al Jolson's knee. This may have been their last meeting, as Al Jolson died the next year. For those who are mathematically challenged, Davey would have been 24 years old in this photo. 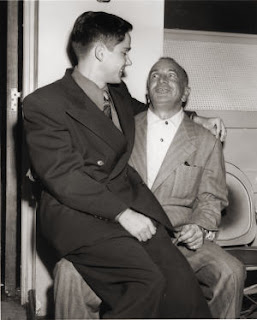 Later in life, he enjoyed performing in local theatre, and was a guest at several annual conventions of the International Al Jolson Society, where his contribution to the early films of Al Jolson was richly appreciated.

Davey Lee suffered a stroke in his senior years, and was ultimately cared for in a nursing home for several year. He passed away on June 17, 2008. 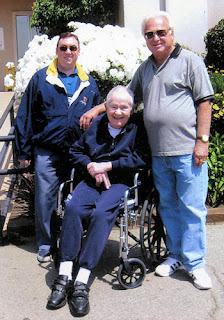 Posted by David Lobosco at 5:05 AM