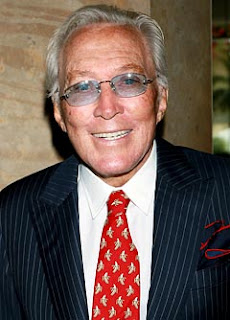 Andy Williams had a a sad announcement to make at his Moon River Theater in Missouri on Saturday.

"I do have cancer of the bladder," the "Most Wonderful Time of the Year" singer said, according to the Branson Tri-Lakes News. "But that is no longer a death sentence. People with cancer are getting through this thing. They're kicking it, and they're winning more and more every year. And I'm going to be one of them."

Williams' announcement was met with a round of cheers and applause, and the singer thanked the audience for their support during his "time of need."

"I really had missed this an awful lot," said the singer, who will not perform at his theater during the holiday season.

Williams promised the crowd that he will recover quickly, as he plans to return to the stage in 2012, which marks his 75th year in the entertainment industry.

"I'll be coming back here next year, in September and October," he said. "I'm going to do the shows I've planned to do."

Williams has been married to Debbie Meyer since 1991. He has three children with his first wife, Claudine Longet; they divorced in 1975...

SOURCE
Posted by David Lobosco at 5:27 AM