When you read about movie sex symbols you instantly think of bombshells like Marilyn Monroe or Rita Hayworth. Sex symbols in the movies though are pretty much as old as the film industry itself. During the silent screen era, the sex symbol really made its mark to film goers. The rise of the flapper and prohibition truly caused America to go through a sort of sexual revolution. Mixing jazz and illegal liquor into society caused a loosening of the sexual hang-ups that the morally uptight country had had since their independence in 1776.

With the silent movies, audiences had to use their imagination because there were no words. The actresses who became sex symbols during the 1920s did not have the advantage of seducing by whispering sweet nothings to the audience. These vamps had use their eyes, their body, and their every movement. It was not easy being a sex symbol in the 1920s, but these women were the favorites of movie audiences: 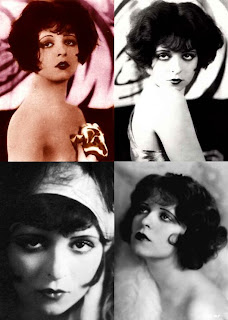 CLARA BOW (1905- 1965)
Rumor has it that this undisputed sex symbol of the 20s got into the Hollywood game when at age 18 she entered the office of a studio exec dressed in her high school uniform, landing on their payroll just a few days later. Bow was never a great film actress, but most of her movies made money. When sound came to the films, her career came to an end. During her lifetime, Bow was the subject of wild rumors regarding her sex life; most of them were untrue. A tabloid called The Coast Reporter published lurid allegations about her in 1931, accusing her of exhibitionism, lesbianism, drug addiction, alcoholism, and having contracted venereal disease. The publisher of the tabloid then tried to blackmail Bow, offering to cease printing the stories for $25,000, which led to his arrest by federal agents and, later, an eight-year prison sentence. 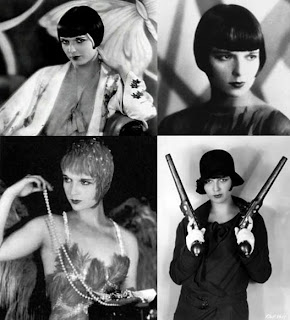 LOUISE BROOKS(1906-1986)
Louise Brooks made her screen debut in the silent The Street of Forgotten Men, in an uncredited role in 1925. Soon, however, she was playing the female lead in a number of silent light comedies and flapper films over the next few years, starring with Adolphe Menjou and W. C. Fields, among others. She was noticed in Europe for her pivotal vamp role in the Howard Hawks directed silent "buddy film", A Girl in Every Port in 1928.It has been said that her best American role was in one of the early sound film dramas, Beggars of Life (1928), as an abused country girl on the run with Richard Arlen and Wallace Beery playing hoboes she meets while riding the rails. Brooks had always been very self-directed, even difficult, and was notorious for her salty language, which she didn't hesitate to use whenever she felt like it. In addition, she had made a vow to herself never to smile on stage unless she felt compelled to, and although the majority of her publicity photos show her with a neutral expression, she had a dazzling smile. By her own admission, she was a sexually liberated woman, not afraid to experiment, even posing fully nude for art photography, and her liaisons with many film people were legendary, although much of it is speculation. 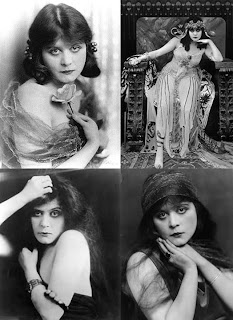 THEDA BARA(1885-1955)
Theda Bara has the honor to be one of the few people in history who actually helped create a new word in the English language. The story goes thusly: thanks to Bara’s roles of sexually provocative women, she quickly became known to movie audiences as “The Vampire” because same as female empowerment, vampires are terrifying monsters. Then, seeing as all of the country was too busy oppressing minorities to properly pronounce words, the nickname was shortened to “vamp” and a new word was born. But it’s not like Bara ever had anything against that. Actually she did everything to maintain her reputation as a lustful poison in female form, often showing as much as a 1 square foot of bare skin in each movie. 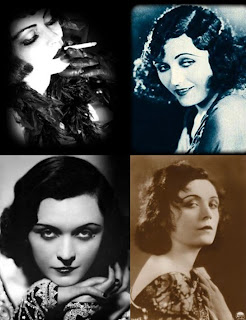 POLA NEGRI (1897-1987)
Pola Negri was the stage moniker of Polish actress Barbara Chalupiec, presumably adopted to honor the mighty polar bear, Poland’s deadliest natural predator. In accordance with the ferocious origin of her name Negri quickly became known for her femme fatale image, despite the fact that in real life she was an obnoxious, attention seeking brat if the word of her bitter rivals is to be believed. Sadly, Negri’s career went downhill when they put sound in movies and it turned out this foreign woman spoke English with an accent!!

When Al Jolson first sang about his Mammy in 1927 on film, it spelled the end to some of these first sex symbols like Pola Negri. Her accent was too think for audiences discovering these talkies. However, the same type of accent that destroyed Negri's career in the 1920s, would be same type of accent that would rocket actresses Greta Garbo and Marlene Dietrich to super stardom in the 1930s...
Posted by David Lobosco at 6:26 AM