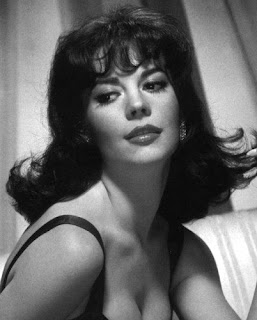 Thirty years after her drowning off the coast of California was ruled an accident, a homicide investigation has been opened in the death of actress Natalie Wood.

Los Angeles County sheriffs will speak to reporters Friday about the decision to take another look at Wood's nighttime demise on Nov. 29, 1981.

The circumstances of Wood's drowning death nearly 30 years ago remain one of Hollywood's enduring mysteries and continue to create renewed intrigue, with homicide detectives unexpectedly reopening a case that had long been classified as a tragic accident.

Natalie Wood's sister, Lana, also told TMZ that she believes Wagner withheld information from authorities after the drowning. This seems to contradict earlier statements from Lana Wood that Wagner had nothing to do with her sister's death.

Sheriff's spokesman Steve Whitmore said Thursday the renewed inquiry was prompted by unspecified new information about Wood's case. The Los Angeles Times quoted Sheriff Lee Baca as saying recent comments by the captain, Dennis Davern, who was interviewed for a book project and whose comments from a 2000 article by Vanity Fair are being featured on a new print edition and a "48 Hours Mystery" episode that focus on Hollywood scandals.

In the book -- "Goodbye Natalie, Goodbye Splendour" -- authors Marti Rulli and Splendour Captain Dennis Davern say before Natalie disappeared from the boat, she was drinking and taking Quaaludes with Wagner and Walken.

In Vanity Fair, Davern is quoted as saying that Wood and Wagner fought in their cabin before the actress went missing. Coroner's officials ruled her death an accidental drowning, perhaps caused by her slipping off the boat while trying to tie down a dinghy. 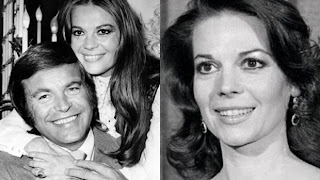 But Wood's sister Lana told TMZ the actress was deathly afraid of water.

Coroner's officials said that Wood was "possibly attempting to board the dinghy and had fallen into the water, striking her face."

Investigators have returned to Catalina, as well as New Jersey to interview Rulli, TMZ reports. They've also gone to Augustine, Florida to interview the Captain, and they're going to Hawaii to look at the Splendour, according to TMZ.

It is not the first time Davern has contradicted statements he and others made to investigators after Woods' death, and the magazine notes that he has told his story through tabloids and has been shopping for a book deal for years. Attempts to reach Davern were unsuccessful Thursday night.

Sheriff's officials are also hoping for tips from the public that may shed new light on how Wood, who was afraid of being in the water, ended up drowning.

"Although no one in the Wagner family has heard from the LA County Sheriff's department about this matter, they fully support the efforts of the LA County Sheriff's Dept. and trust they will evaluate whether any new information relating to the death of Natalie Wood Wagner is valid, and that it comes from a credible source or sources other than those simply trying to profit from the 30 year anniversary of her tragic death," Wagner spokesman Alan Nierob wrote in a statement.

Wood, a three-time Oscar nominee famous for roles in "West Side Story," `'Rebel Without a Cause" and other Hollywood hits, was 43 when she died. She and Wagner, star of the TV series "Hart to Hart," were twice married, first in 1957 before divorcing six years later. They remarried in 1972.

Lana Wood wrote in a biography on her sister, "What happened is that Natalie drank too much that night." It is unclear why she is now telling TMZ that Wagner has withheld information.

Wagner wrote in a 2008 autobiography that he blamed himself for his wife's death.

He recounted the night of Wood's disappearance, during which the couple and Walken drank at a restaurant and on the boat. Wood went to the master cabin during an argument between her husband and Walken. The last time Wagner saw his wife, she was fixing her hair in a bathroom mirror and she shut the door. 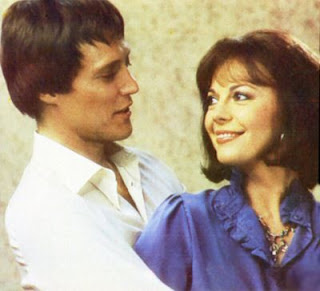 Wagner wrote that despite various theories about what led Wood to the water, which she feared, it was impossible to know what exactly happened.

Later in the book, Wagner wrote, "Did I blame myself? If I had been there, I could have done something. But I wasn't there. I didn't see her."

He wrote that he has never returned to Catalina Island.

Phone and email messages to Walken's publicist from the Associated Press were not returned Thursday. Walken and Wood were co-stars in "Brainstorm," which was the actress' final big screen role.