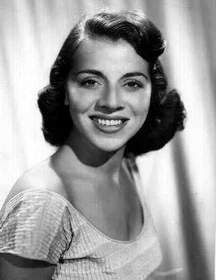 Rosemary Clooney was one of the most adored vocalists of the 20th century, and her brother Nick Clooney is a famous broadcaster and the father of actor George Clooney. Many people forget though that there was another sibling who started out in the big bands with Rosemary. Unfortunately, she died young and in the shadows of her famous sister, but Betty Clooney deserves to be remembered.

Betty Clooney was born in April of 1931 in Maysville, Kentucky. She and her older (by three years) Rosemary, loved to sing as kids and became an important part of their grandfather's political campaigns for mayor of their hometown. Soon the Clooney family moved to Cincinnati, Ohio where the girls continued to vocalize. In their teens they went to radio station WLW for an audition and were successful where they remained on the staff of the station for two years in 1945 and 46. One day they were heard by bandleader Tony Pastor. The bandleader originally hesitated on hiring both sisters, but soon relented and so The Clooney Sisters hit the road with the Pastor band. They appeared in a movie short with the Pastor Orchestra in 1947. The Clooney Sisters recorded a number of songs for Columbia with the Tony Pastor Band like "The Secretary Song", "I'm My Own Grandpa" and "If I Had A Million Dollars". 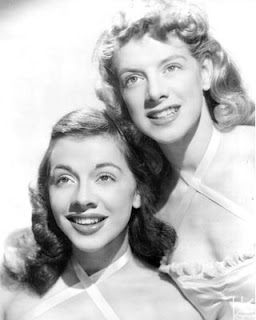 After three years of this, Betty decided to return home to Cincinnati while Rosie got a call from New York to do a recording session with Columbia Records. Rosie hit the big time nationally with her first record "Come On-A My House" while Betty concentrated on local jobs near home. She was the vocalist on Ruth Lyons "50-50 Club" and had her own shows called "Teen Canteen" and "Boy Meets Girl". Soon she had a number of national network television offers-at first with Robert Q. Lewis on CBS radio and television, and "Van Camp's Little Show". Then, subbing for her sister on "Songs For Sale" with Steve Allen, and then the "Morning Show" with Jack Paar for CBS. Betty Clooney made some recordings for the Cincinnati based King Records label who usually concentrated on R & B and country music. Memorable recordings included "Anyone Can Fall In Love" and "Faithful". Betty also recorded for RCA's subsidiary label "X".

Betty Clooney performed at the Starlight Roof of the Waldorf-Astoria Hotel in the earky fifties and had a regular spot on the Gary Moore television show for CBS. She met and later married Pupi Campo, bandleader on CBS television in the early fifties. In her spare time away from music she began a horse breeding farm back in Kentucky. In the mid nineteen fifties Betty recorded for Coral Records a subsidiary label of Decca Records. The two Clooney Sisters also made a couple of recordings for Columbia with "I Still Feel The Same About You", and their best known tune "Sisters" on in 1954. She appeared with sister Rosemary on the Lux Variety Show in 1957. 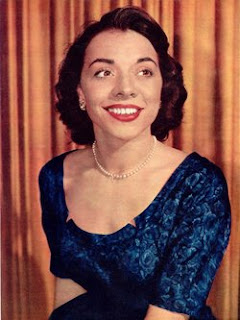 Soon after during the later nineteen fifties Betty Clooney called it a singing career and concentrated on raising a family and tending to her four children. She returned to daytime television for a time in the early sixties on NBC's Today Show with John Chancellor and Hugh Downs. After a number of years out of the spotlight, Betty and Rosemary made a few guest appearances on brother Nick Clooney's television variety show on Cincinnati television. There was talk of a reunion tour with the Clooney Sisters, but that was never to be as Betty Clooney passed away from a cerebral hemorrhage in July of 1976. She was only 45 years old. In her memory Rosemary and Nick Clooney established the Betty Clooney Foundation in 1983 and the Betty Clooney Center in Long Beach, California, which opened in 1988. Both are dedicated to treatment for traumatic brain injuries.

Unfortunately, there is not much available for the listener to enjoy the musical memories of Betty Clooney. However, there is one CD called "Sisters" from England on the Sepia label, which features Betty on 14 tracks (less on the U.S. version) plus a live performance by Rosemary at the London Palladium in 1955. You will get to hear Betty on her own and in a couple of duets with Bill Darnell. Right now it is the only source readily available. 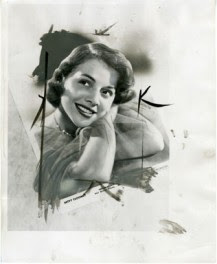 Betty Clooney will always remain in the shadow of her more recognized sister in the history of American pop music. Betty was married to one person her whole life, Cuban band leader Pupi Campo, and they had four successful children together. If a music listener discovers the music of Betty Clooney, they will find someone more than just Rosemary's sister, because Betty was a competent and excellent singer in her own way...
Posted by David Lobosco at 5:15 AM