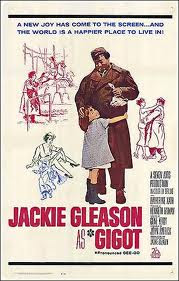 People who have seen the forgotten 1962 movie GIGOT seem to either love it or hate it. I am one of the fans of the movie. I saw the movie as a teenager, and it took me a long time to find a good copy of the film. The movie has not been released on DVD - which is a crime. The movie starred the great Jackie Gleason - who was one of the truly underappreciated actors of our times.

Gleason had conceived the story himself years earlier and had long dreamed of making the film. He wanted Orson Welles as director, and Paddy Chayefsky as screenwriter. Though Welles was an old friend, the board at Fox rejected him as being an overspender. Gene Kelly was selected as a compromise. Chayefsky was not interested and John Patrick, writer of Teahouse of the August Moon was signed instead.

The film was shot on location in Paris. Most of the production crew and cast were French, some spoke no English. Gleason bore with this in two ways: Kelly spoke French, and Gleason's character had no lines, being mute.

Gleason was extremely proud of the film, which earned one Academy Award nomination for Best Adapted Score. Gleason received a story credit and a music credit. On the other hand, according to the book, The Films of Gene Kelly, by Tony Thomas, Kelly himself said that the movie "had been so drastically cut and reedited that it had little to do with my version".. 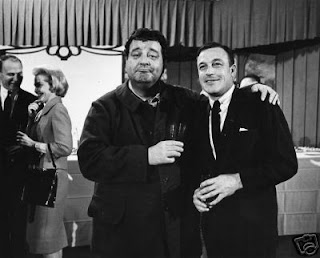 Gigot (Gleason) is a mute Frenchman living in the Montmartre district of Paris in the 1920s. He makes a hand-to-mouth living as a janitor at his landlady's apartment building. Though treated with condescension by most of his neighbors (and often the butt of practical jokes), he is much loved by the local children and by animals, whom he often feeds. He seems content with his life, though he has one strange passion: he attends every local funeral, whether or not he knew the departed, marching and crying along with the other mourners.

One rainy evening he returns home to find Collette (Katherine Kath) and her young daughter Nicole (Diane Gardner) sitting in a doorway trying to keep dry. He lets them stay at his apartment. Collette is suspicious of Gigot but young Nicole warms to him. 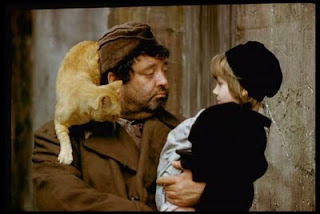 Gigot takes Nicole to church only to discover she is unbaptized and completely ignorant of what a church is and unaware of God. Nicole points to a crucifix and asks Gigot who that is. Gigot acts out the story of Christ beginning with Mary cradling the baby Jesus, His childhood through to the horror of the crucifixion. Nicole cries a single tear, then blows a kiss to Christ on the cross.

Gigot entertains the little girl by dancing to his old Victrola and by dressing as a waiter to feed a mouse. He is protective of Nicole, once running alongside her on a merry-go-round to make sure she doesn't fall off. It is this protectiveness that leads him to prevent Collette from soliciting a john on a park bench near the merry-go-round. Gigot is beaten by the frustrated man for his troubles. 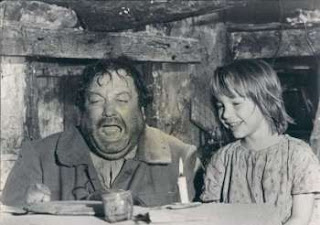 With their ill-gotten gains, Gigot, Collette and Nicole go on a shopping spree, buying much-needed new clothes for Collette and Nicole and a meal at the local restaurant. Gigot is even persuaded to get a straw boater and a shave. But the good times are not to last -- Collette's ex-boyfriend decides he wants her back, and Collette agrees. She wants to take Nicole, but he persuades her to wait til morning. Gigot is heartbroken. The next morning, Collette finds Gigot and Nicole missing.

The baker discovers the theft, and soon Gigot is a suspect. Two bureaucrats called in by one of Gigot's neighbors have come to (apparently) have Gigot committed. But Gigot and Nicole are only at an abandoned basement, listening to the Victrola while Gigot dances -- with a little too much gusto, though, as the roof falls in. Gigot is unhurt, but Nicole is unconscious.

Frightened, he takes the girl to the church, where the parish priest calls a doctor. Thinking the Victrola may help, he goes back to retrieve it and runs straight into an angry mob. The mob chases Gigot to an old coal loader. Gigot falls into the river and does not resurface.

The locals think Gigot is dead, and organise a funeral for him. Gigot is merely hiding. He sees the funeral march and, as always, follows. When the time comes for the eulogy, he realizes it is he for whom they are holding the service. Suddenly, one of the mourners sees Gigot, and the chase starts again... 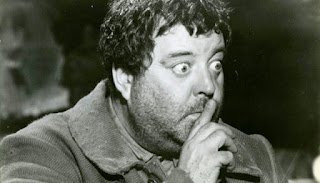