BORN ON THIS DAY: EDGAR BUCHANAN 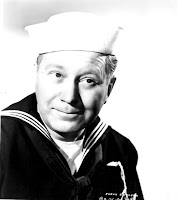 Edgar Buchanan may not be a name that you know offhand, but if you are a fan of 1960s sitcoms, you have probably seen him somewhere. Born William Edgar Buchanan in Humansville, Missouri on March 20, 1903, Edgar moved with his family to Oregon when he was young.

Like his father before him, he was a successful dentist. He and his wife Mildred were married in 1928. In 1939, they moved from Eugene, Oregon, to Altadena, California. He joined the Pasadena Playhouse as an actor. He appeared in his first film in 1939, at the age of thirty-six, after which he turned his dentistry practice over to his wife. He was a member of Theta Chi Fraternity and a Freemason.

Television series in which he appeared included Hopalong Cassidy, Judge Roy Bean (in which he played the lead, Texas Justice of the Peace Judge Roy Bean), the "Duel at Sundown" episode of Maverick with James Garner and Clint Eastwood, Leave It To Beaver (as both "Uncle Billy" and "Captain Jack"), The Twilight Zone, Gunsmoke, Bringing Up Buddy, The Californians, Bus Stop, The Lloyd Bridges Show, Cade's County and The Rifleman. He appeared in all 222 episodes of Petticoat Junction, 17 episodes of Green Acres, and 3 episodes of The Beverly Hillbillies, always as the character Uncle Joe Carson. From 1960-1962, he appeared four times as Cletus McBain on the NBC western series Laramie, with John Smith and Robert Fuller.

Buchanan and another star from Petticoat Junction appeared together in the movie Benji -The other "star" being Higgins, the unnamed "dog" from the sitcom, who portrayed the title role in the film. Higgins had been found in an animal shelter and trained by Frank Inn, who also trained Arnold Ziffel (the pig) and all the other animals used on the Beverly Hillbillies, Petticoat Junction, and Green Acres sitcoms. 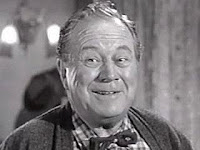 Buchanan died from a stroke complicated by pneumonia in Palm Desert, California, and was interred in the Forest Lawn - Hollywood Hills Cemetery in Los Angeles.
Posted by David Lobosco at 11:08 AM