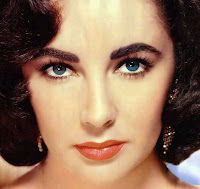 With the passing of screen legend Elizabeth Taylor at the age of 79, it closes a chapter on what true classic Hollywood was. Taylor was an example of a Hollywood legend for nearly 70 years.

Here is what other stars are saying about Elizabeth Taylor and her passing:

"I admired and respected her not only as an actress but for her amazing and inspiring work as an Aids activist. It's the end of an era. It wasn't just her beauty or her stardom. It was her humanitarianism." - BARBRA STREISAND

"She was a lady who gave of herself to everyone." - MICKEY ROONEY

"Elizabeth was a true star and friend who was always, always there for me no matter what." - LIZA MINNELLI

"Liz was a dear friend. She was a great legendary lady of Hollywood and she will be mourned worldwide." - JULIE ANDREWS

"Elizabeth's legacy will live on in many people around the world whose lives will be longer and better because of her work and the ongoing efforts of those she inspired." - FORMER PRESIDENT BILL CLINTON

"I remembered her as a woman who was passionate - and compassionate - about everything in her life, including her family, her friends and especially the victims of Aids. She was truly a legend and I will miss her." - FORMER FIRST LADY NANCY REAGAN

"We have just lost a Hollywood giant. More importantly, we have lost an incredible human being." - ELTON JOHN

"I met Elizabeth Taylor several times. She was witty and self-deprecating, which I found surprising and delightful. She loved to laugh." - STEVE MARTIN

"Every year Elizabeth Taylor sent my dad a telegram (yes, telegram) for his birthday. It said: 'Remember, I'm younger than you!' (by 1 day). She was a great woman." - ROSEANNE CASH

"If my husband had to divorce me for any woman, I am glad he divorced me for Elizabeth. She was a wonderful woman, and she is in a much better place now." - DEBBIE REYNOLDS 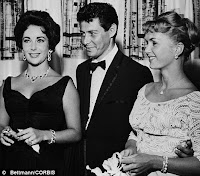 Posted by David Lobosco at 6:01 AM