WHERE ARE THEY NOW: THE CHILDREN OF WILLY WONKA 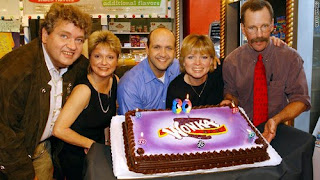 There is just something magical about the 1971 movie WILLY WONKA AND THE CHOCOLATE FACTORY that makes me want to watch it every time it is on television. From Gene Wilder's excellent portrayal of Willy Wonka to the five children that win the golden ticket, the movie is a true gem. Now 40 years after the movie was made, I had to do some research to find out what happened to the children in the movie: 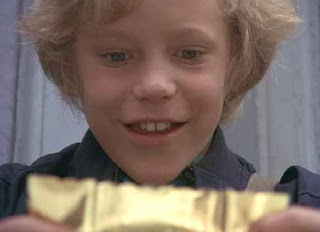 PETER OSTRUM ("Charlie Bucket"):
Peter Ostrum, who played Charlie and was around 14 when Willy Wonka and the Chocolate Factory was made, never appeared in another movie, although he was offered a three-film contract. He now works as a veterinarian in the rural areas of New York State. He is married to Loretta (nee Lepkowski) and they have two children, Helenka and Leif.

His most public experience these days is to visit schools in his community to talk about his experiences, what it’s like to be a veterinarian, and how your life changes with the decisions you make.

He’s been quoted as saying, “Do I regret turning down the movie offer? I don”t think so. I love the job I’m doing right now. Granted it is about as far away from Hollywood as you can get, but I have a feeling of self-satisfaction with it. I don’t believe that I made the right choice or the wrong choice. I made a choice that fit what I wanted, and it shaped how life unfolded for me. Would life been better if I took the movie offer? Maybe, but I’ll never know, and it’s something I’ll never question.’ 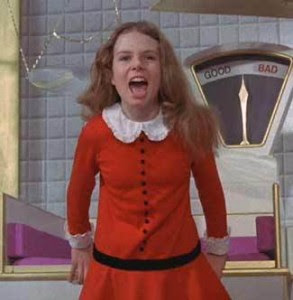 JULIE DAWN COLE ("Veruca Salt"):
Julie Dawn Cole, who played the obnoxious Veruca Salt, also has two children now. She was the same age as Ostrum at the time the movie was made and, along with Denise Nickerson, is supposed to have had a crush on him. Unlike Ostrum she went on to have a career as an actress, mostly in television, where she has appeared in a variety of series, from Poldark and Emmerdale Farm to Eastenders and Casualty. She now operates Centrestage, a children’s drama school outside of London.

Being nasty was “totally against her nature” and she had to be coaxed into doing the aggressive song and dance routine in the film. 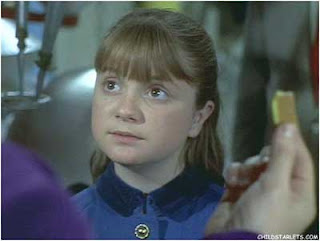 DENISE NICKERSON ("Violet Beauregarde"):
After starring in Willy Wonka And The Chocolate Factory, Denise nickerson joined the cast of the electric company as “Allison”, a member of the short circus music group from 1972-1973. Producers saw the potential in nickerson and often had her singing lead on several songs, including “the sweet sweet sway.” she also guest starred as Pamela, a girlfriend of Peter Brady on one of the final the Brady Bunch episodes.

Nickerson starred in the 1975 satiric, beauty-pageant inspired motion picture “Smile”. In 1976 she appeared in the film "Zero To Sixty" and tv movie "Child of Glass". Nickerson turned 21 in 1978, and opted to quit acting at that time. She is currently an accountant at an engineering plant and resides in Denver, Colorado. She has one child. 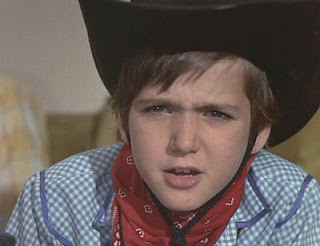 PARIS THEMMAN ("Mike Teevee"):
Paris Themmen, an American, was only twelve when the movie was made, and he performed the role of Mike Teevee. It was his only major movie, though he’d already been performing since he was six. He appeared on stage, initially with his parents, and then went on to act in a number of radio and television commercials, and to do voice-overs. Later he reached Broadway, appearing as the young Patrick Dennis in Mame, with Ann Miller. After his appearance in Willy Wonka, he went onto play another child role in the musical, The Rothschilds, andlater went on tour nationally in the same role.

He left acting in his mid-adolescence, and has barely been seen performing since apart from a few mostly uncredited roles. However, he still has links with the television commercial world, where these days he is a casting director for commercials rather than performing in them. 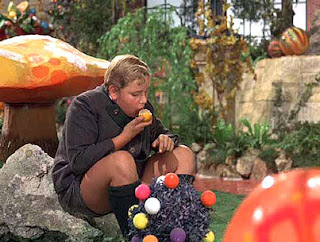 MICHAEL BOLLNER ("Augustus Gloop"):
After the movie he never made another film and, like Ostrum, eventually went into a totally different career. He is now a tax accountant, a job he performs in Munich, Germany. He was interested in acting, but is father wanted him to continue his education.

At the time the movie was made, Bollner didn’t speak English, and one of the crew coached him in his lines.
Posted by David Lobosco at 5:51 AM