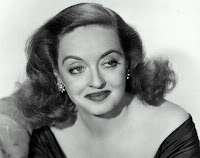 Here is a very interesting article on the classic leading ladies of the golden age of Hollywood versus their modern counterparts...

What happened? Here is a guide to some original screen heroines, and their modern incarnations...

THEN
Katharine Hepburn in Morning Glory (1933) (or any Kate movie, for that matter): In this early Kate movie (which won her the first Oscar in her collection), she plays an innocent but highly intelligent actress learning the ropes -- and conquering. The part was all about learning to become a professional, and earning the respect of her peers.

Bette Davis in All About Eve (1950): The hard-working veteran actress is pushed to her limit by the ambitious protege who fights dirty. Davis could have sharpened her nails for a cat fight, but she proves class goes further than crass, as she transcends the moment to emerge emotionally victorious.

Myrna Loy in The Best Years of Our Lives (1946): Loy plays the wife of a returning soldier in this glowing example of cinema for grown-ups. After being the head of the household for the duration, Loy must find a way to reconcile her husband's post-traumatic stress and existential doubt with her family's needs. This is a strong portrait of a wife and mother who isn't afraid to face down the truly tough issues. 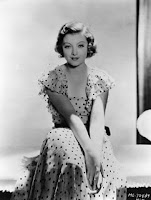 Sigourney Weaver in Alien (1979): The role of Ripley may well mark the zenith of female empowerment (alongside Sarah Connor in The Terminator), right before the Reagan era began in 1980. Ripley is the sole survivor of an alien invasion that kills off the crew. She survives as a result of her compassion, intelligence and strength to make the tough call. In other words, she's a true leader.

Nine to Five (1980): Jane Fonda, Lily Tomlin and Dolly Parton play office workers who get even boss when they holboss when they hold him hostage d him hostagewith their sexist in this memorable girl-power comedy that made a lot of money, and celebrat ed women's leadership abilities.

Now
Rachel McAdams in Morning Glory (2010): The idea of the ingenue is revisited with McAdams playing the part of a TV producer, but her agenda is decidedly non-heroic as she seeks to soften hard news, and celebrate glam over substance.

Rosemarie DeWitt in The Company Men (2010): DeWitt's character must deal with her recently unemployed husband (Ben Affleck) and his low self-esteem in the wake of downsizing. The role had great potential in DeWitt's hands, but all she does is stand at the side of the frame looking concerned or upset. The whole movie is handed over to the male characters.

Angelina Jolie in Salt, Milla Jovovich in Resident Evil, Noomi Rapace in The Girl Who Played With Fire: Even though all of these screen characters can fight physically, they're denied the ultimate power of a leadership role -and play action heroes in tight clothes. Some of these characters are sexually tortured (in graphic detail) as a source of motivation, but in the end, these people are just action-hero eye candy without being edifying role models. 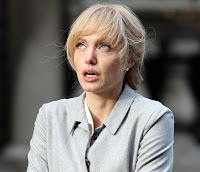 For Colored Girls (2010); Sex and the City 2 (2010): These two films aren't exactly twin plots of Nine to Five, but, as movies with large female ensembles, they represent two films that tried to give women a big shout-out -and failed miserably. Tyler Perry's For Colored Girls was a depressing immersion in female victimization, while Sex nd the City 2 was a tacky attempt at making women look potent by making them fashion-obsessed nymphomaniacs who whine about everything.

SOURCE
Posted by David Lobosco at 5:43 AM