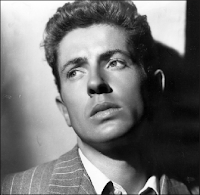 Farley Granger - who played a tennis pro embroiled in murder in "Strangers on a Train" and later wrote a candid memoir about his bisexual love affairs, has died at age 85.

Granger died Sunday of natural causes at his home in New York according to a spokeswoman for the city medical examiner.

In his frank 2007 memoir, "Count Me Out," co-authored with his longtime partner Robert Calhoun, Granger named names of his famous lovers, who he said included actresses Ava Gardner and Shelley Winters as well as conductor Leonard Bernstein - for two nights - and writer Arthur Laurents.

"He was a very handsome and beloved film star who always did exactly what he wanted to do, which was a little bit of everything," Calhoun's sister Linda Pleven told the Daily News.

His most famous roles were in the Alfred Hitchcock films "Rope" and "Strangers on a Train."

In Rope, Granger and John Dall portrayed two highly intelligent friends who commit a thrill killing simply to prove they can get away with it. The two characters and their former professor, played by James Stewart, were supposed to be homosexual, and Granger and Dall discussed the subtext of their scenes, but because The Hays Office was keeping close tabs on the project, the final script was so discreet that Laurents remained uncertain of whether Stewart ever realised that his own character was gay. Hitchcock shot the film in continuous, uninterrupted ten-minute takes, the amount of time a reel of Technicolor film lasted, and as a result technical problems frequently brought the action to a frustrating halt throughout the twenty-one day shoot. The film ultimately received mixed reviews, although most critics were impressed by Granger, who in later years said he was happy to be part of the experience, but wondered "what the film would have been like had Hitchcock shot it normally" and "had he not had to worry about censorship.

Granger's biggest hit was Strangers on a Train, in which Granger was cast as amateur tennis player and aspiring politician Guy Haines. He is introduced to psychopathic Bruno Anthony, portrayed by Robert Walker, who suggests they swap murders, with Bruno killing Guy's wife and Guy disposing of Bruno's father. As with Rope, there was a homosexual subtext to the two men's relationship, although it was toned down from Patricia Highsmith's original novel. Granger and Walker, whose wife Jennifer Jones had recently left him for David O. Selznick, became close friends and confidantes during filming, and Granger was devastated when Walker died from an accidental combination of alcohol and barbiturates prior to the film's release. It proved to be a box office hit, the first major success of Granger's career, and his "happiest filmmaking experience".

He appeared in many Broadway and TV roles, guest-starring on "As the World Turns" and "The Love Boat." In 2003, Granger made his last film appearance in Broadway: The Golden Age, by the Legends Who Were There. In it, he tells the story of leaving Hollywood at the peak of his fame, buying out his contract from Samuel Goldwyn, and moving to New York City to work on the Broadway stage... 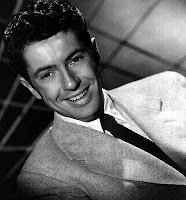 Posted by David Lobosco at 5:40 AM