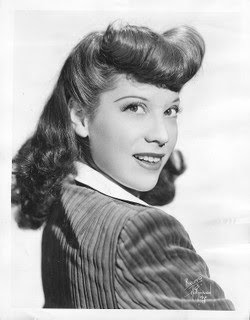 This is taken directly from the Dinah Shore fan club website, which was founded in 1952 and still in existance today:

Dinah Shore was born Frances Rose Shore on February 29, 1916 in Winchester, Tennessee. Her parents, Solomon and Anna Stein Shore were Russian Jewish immigrants. Her sister Bessie was several years older. Solomon owned a dry goods store. When Dinah was almost two years old she contracted polio, the dreaded disease of the time. Fortunately her family was able to obtain excellent care and she recovered, though left with a slightly deformed foot and limp. Through extensive therapy and encouragement from her mother she eventually lost the limp. As a small child she loved to sing encouraged by her mother a contralto with operatic aspirations. Her father would often take her to his store where she would do impromptu songs for the customers.

When Fanny was about eight years old the family moved to Nashville, where her father opened a department store. Shy because of her limp she began to participate in sports and other activities. Fanny Rose developed a strong will to succeed and be the best in everything. She attended Hume Fogg High School where she continued in music, sports, cheerleading and dramatics. Her love for singing became her focus. She even tried to perform at a night club as an early teen. She hung out at the "Grand Ol' Opry" and eventually got a job on the local radio station WSM. During this time her mother died suddenly of a heart attack. Her sister Bessie who had married Maurice Seligman by this time stepped in to help her in this trying time. Solomon wanted her to forget about singing and pursue her education. She entered Vanderbilt University where she continued her many activities. She graduated in 1938 with a degree in sociology.

Fanny Rose's determination to become a singer led her to New York where she auditioned for orchestras and radio stations. She was hired to sing on radio station WNEW along with another upcoming young singer, Frank Sinatra. In the course of her auditions she sang the song, "Dinah". Martin Block, a New York disc jockey, couldn't remember her name and called her the "Dinah girl" and the name stuck. She sang with Xavier Cugat's orchestra and recorded with him. Soon Dinah had a recording contract of her own with RCA Victor records on their Bluebird label. Her first hit recording was "Yes, My Darling Daughter." 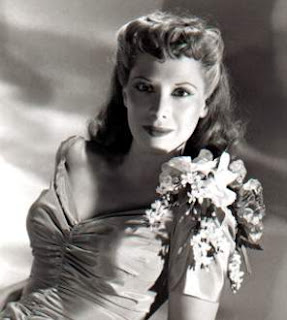 Dinah's singing came to the attention of Eddie Cantor and he signed her as a regular on his popular radio show, "Time to Smile" in 1940. Dinah credits him for teaching her self-confidence comedic timing, and the ways of connecting with an audience.

With her recording and radio career taking off Dinah soon became a popular favorite. In 1943 she was signed to host her own radio show, "Call to Music." That same year her first movie, "Thank Your Lucky Stars" starring Eddie Cantor with guest appearances by many Warner Brothers stars, was released.

By this time the nation was well into World War II and Dinah became a popular favorite of the troops. Along with stars like Bing Crosby and Bob Hope, she did many Command Performances for the armed forces radio network. Her records rose to the top of the charts. "Blues in the Night" was her first #1 hit. Dinah traveled to Europe to entertain the troops enduring the many hardships and making fans of the troops everywhere. A bridge in France was named for her. She entertained at the Hollywood Canteen of the USO. There she met a young actor about to go into the service, George Montgomery. They married December 5, 1943.

When George returned from service they settled in the San Fernando Valley. On Jan. 4, 1948 their daughter Melissa was born. In March of 1954 they adopted a son, John David.

Dinah's popularity continued with her radio shows and recordings such as "Shoofly Pie and Apple Pan Dowdy", "The Gypsy", "Buttons and Bows". She became a regular with Jack Smith on the CBS "Oxydol Show" (later the "Tide Show". She made a few more movies and moved to the Columbia Record label.

In 1950 Dinah made her television debut on the Ed Wynn Show and a guest appearance on Bob Hope's first show. It wasn't long before Dinah was signed to host her own television show. On Nov. 27, 1951 Dinah began her shows for Chevrolet on NBC, two fifteen minute shows a week. She became immensely popular and won her first Emmy in 1955.In 1956 she did two hour Shows for Chevrolet which led to a regular spot on Sunday nights with the Dinah Shore Chevy Show, a musical variety show with many famous guests. These continued until 1960 for that sponsor and two more years for other sponsors. Many honors and awards including more Emmys and the Peabody Award came her way. 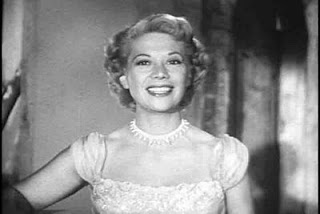 In the 60's Dinah did various TV specials and guest appearances. She also continued playing nightclubs in Las Vegas and Lake Tahoe as well as concerts in cities across the country. She changed to the Capitol Record label and made many albums. Her marriage ended in divorce in 1962.
In 1970 Dinah returned to regular television with a daytime half hour on NBC called "Dinah's Place. Besides her music Dinah had guests talking and singing, did cooking, offered homemaking hints and fun. She won another Emmy for this show. This show continued until 1974 when NBC canceled. Later that year she returned to a 90 minute daily show called "Dinah!" for CBS. Continuing the basic format with talk, music and cooking she continued her popularity with the audience. This show ended in 1980.

Dinah's many interests included photography, painting, cooking. She became well known among friends for cooking and entertaining. This led to her writing three cookbooks, Someone's in the Kitchen with Dinah, The Dinah Shore Cookbook, and Dinah Shore's American Kitchen. 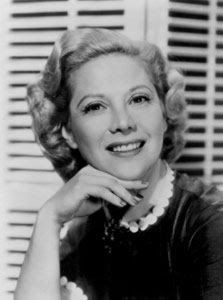 From childhood Dinah had a love for sports and for many years was a popular celebrity participant in charity tennis tournaments. When Colgate approached her about hosting a golf tournament for lady golfers, Dinah accepted with enthusiasm and took up the game in earnest. The Colgate (and now Nabisco) Dinah Shore Tournament has been held at Mission Hills in Rancho Mirage, California near Palm Springs since 1972.

Dinah returned to television in 1989 with "Conversation with Dinah" on The Nashville Network cable. Again she was hostess to many top celebrities who came to interesting conversations with her.

In 1992 Dinah was inducted into the TV Hall of Fame of the Academy of Television Arts and Sciences in Orlando, Florida. She continued to do concerts and charity appearances as well as host her golf tournament.
Dinah Shore passed away on February 24, 1994 after a brief battle with cancer. Her resting spot is marked with these words. "Dinah Shore - loved by all who knew her and millions who never did"... 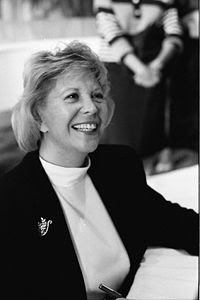 SOURCE
Posted by David Lobosco at 4:59 AM