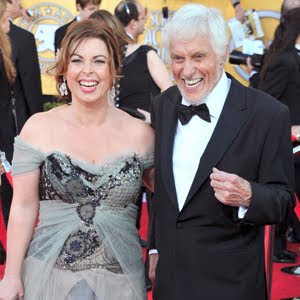 Dick Van Dyke has just become a newlywed after getting hitched to his makeup artist, Arlene Silver.

The 86-year-old Mary Poppins star tells RumorFix.com that he and his 40-year-old significant other tied the knot on Feb. 29. "Kinda on the spur of the moment, we just decided Leap Day would be the best time to do it," says Van Dyke.

The veteran actor met Silver six years ago at the SAG Awards, where, according to Van Dyke, he was "bowled over by her beauty." He hired her as his personal makeup artist and the two became friends. But within the last couple of years, they "fell in love."

This is the second go-around for the song-and-dance man. Van Dyke was previously married to the mother of his four children, Margie Willett, but they eventually divorced. He then lived with Michelle Triola for more than 30 years until her death in 2009.

"I'm not a loner. I have to have a life partner," insists Van Dyke. "I found the perfect one."