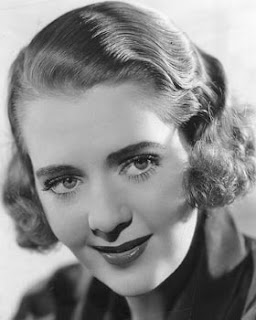 Even though her tap-dancing musical movies for Warner Bros. captured the hearts of Depression-weary Americans and catapulted her to stardom, Ruby Keeler preferred home and hearth to glitz and glamour.

Born in 1910 in Nova Scotia, Canada, her family moved to a crowded tenement on New York City's east side. After only a few months of dance lessons, she fibbed about her age — 13 — and successfully auditioned for her first show, in the chorus of George M. Cohan's “The Rise of Rosie O'Reilly.” She continued dancing on New York stages and in nightclubs in the 1920s.

Her dancing caught the eye of Florenz Ziegfeld, who offered her a role in “Whoopee,” starring Eddie Cantor. Before rehearsals started, she took what was supposed to be a short trip to Los Angeles. There she met actor Al Jolson, who was quickly smitten. She dropped out of the Ziegfeld show and married Jolson in 1928. They honeymooned later at the El Mirador in Palm Springs.

Her career careened into film with her debut in 1933's “42nd Street” with Dick Powell. The movie is considered the quintessential backstage musical — she played a chorus member who takes over for the leading lady on opening night, saves the show and finds happiness with the leading man. She made 11 films, often featuring elaborately choreographed Busby Berkeley routines.

She and Jolson, who had adopted a son, Al Jr., divorced in 1940 — some say because of his distress as her amazing tap routines began to eclipse him.
She married John Lowe, a real estate developer in Pasadena in 1941, the year of her last starring role in “Sweetheart of the Campus.” She retired in 1942, preferring family life to movies and stage. She and Lowe had four children, three daughters and one son.

Shortly after Lowe's death in 1969, producer Harry Rigby invited her to return to Broadway in “No, No, Nanette.” She stayed with the show in New York for two years, then toured with it for two more years. She also played cameo roles in “They Shoot Horses, Don't They?” (1969) and “Phynx” (1970).

In 1974, Keeler suffered a brain aneurysm and was in a coma for several months. She walked with a cane for the rest of her life.

Keeler moved to the Coachella Valley in 1979, but had to pass on one of her favorite pastimes — golf. She had a 9 to 10 handicap and had played with people like Babe Didrikson (Zaharias). She became active in the local Assistance League and, as a representative of the National Stroke Association, spoke around the world about stroke rehabilitation.

In 1991, she and dancer Cyd Charisse were the first to receive Desert Palm Achievement Awards from the Palm Springs International Film Festival. In 1992, Keeler was among the first seven celebrities installed on Palm Springs Walk of Stars on South Palm Canyon Drive.

She died in February 1993 at her Rancho Mirage home after a long bout with cancer... 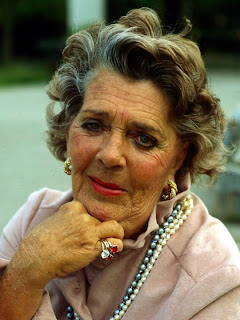 SOURCE
Posted by David Lobosco at 3:14 AM