WHERE ARE THEY NOW: FORGOTTEN CHILD STARS

For every successful child star like Mickey Rooney and Jodie Foster, there are countless tragic child stars like Judy Garland and Dana Plato. Then there are just the child stars that seem to fade away. They disappear from movies and television, and they just fade into entertainment history. Here are some forgotten child stars that I was curious in learning more about... 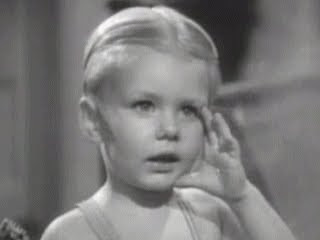 LARRY SIMMS (1934-2009)
Larry is another forgotten name but a face you will remember if like me you remember watching the "Blondie" movie series on Sunday mornings. Simms played Baby Dumpling in that successful series from 1938 to 1950. After he is through with acting, Larry joined the Navy and then began another career as an engineer, before retiring to Thailand. Some reports claim that Larry was more interested in the technical aspects of filmmaking than in acting, which explains his career changes. Sadly, the social security death index reported the child star as died on June 17, 2009 - no media outlet ever reported it. 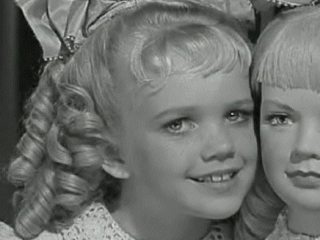 JULIE ALLRED (1954-2011)
Born in Philadelphia to a Jewish family, Julie landed her one and only film role in the 1962 thriller "Whatever Happened To Baby Jane" (1962) after winning a contest. The played the younger Bette Davis character from 1917. After appearing as the young Jane Hudson she never returned to the screen or any other form of acting thereafter due to the religious beliefs of her family. She spent the remainder of her life living in her birthplace of Pennsylvania married to a dentist and later raised a family. She was married with four children when she died of diabetes in Blue Bell, Pennsylvania on December 29, 2011. 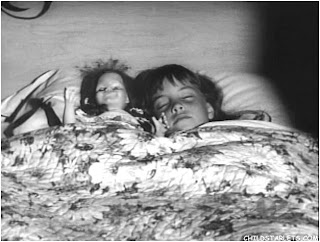 TRACY STRATFORD (BORN 1955)
Who is Tracy Stratford you may ask? Well, I discovered her on an episode of the the great series "The Twilight Zone". She was in the episode called "The Living Doll". She played the stepdaughter of an angry and mean Telley Savales. Stratford, born on January 19, 1955 in Los Angeles, California was also the first voice of Lucy van Pelt. Stratford provided the voice for Lucy in the first Peanuts animated television special, A Charlie Brown Christmas, in 1965. She also appeared on numerous other television shows like "The Loretta Young Show" and "Ben Casey" before retiring from acting in 1969. Not much is known about her but she did appear in a 2001 documentary on the making of "A Charlie Brown Christmas".
Posted by David Lobosco at 6:47 AM