Not suprisingly all of my five favorite actors are from the golden age of Hollywood. I like a lot of the movies made today, but the actors of yesteryear had much more personality and talent. Some of the great actors like Jimmy Stewart and John Wayne did not make my list, but that does not mean I do not like them. I just have my specific favorites: 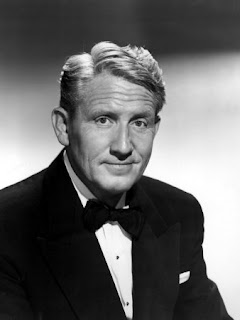 5. SPENCER TRACY (1900-1967)
I am embarrassed to admit that even though Spencer Tracy made my list, I have not seen a ton of his movies. I have never seen a Tracy-Katherine Hepburn movie all the way through. However, the Tracy movies I have seen like "San Francisco" (1936), "Boy's Town" (1938), and even "It's A Mad,Mad,Mad, Mad World" (1963) show a perfect example of what a geniune acting style he had. Today he is mostly remembered for his movies with Katherine Hepburn, but even his fellow actors said that he was the greatest actor of their generation.

4. CHARLIE CHAPLIN (1889-1977)
People seem to love or hate Charlie Chaplin. I got interested in Chaplin and silent movies in general because of his film biography "Chaplin"(1992) starring Robert Downey Jr.. Even though Chaplin started out in vaudville as a comic, I think every movie he made had a serious message behind it. His masterpiece "City Light"(1931) had a message about class society, "Modern Times"(1936) had a message about the work place and industry, and "The Great Dictator"(1940) had a profound message about the destruction of the world by hate. Of all Chaplin's movies I think "Limelight"(1952) is my favorite. It is his most personal and best example of what a great film maker he was. 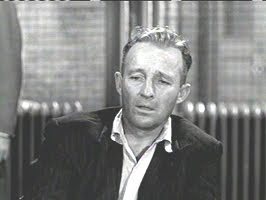 3. BING CROSBY (1903-1977)
Anyone that knows me, knows that Bing Crosby is my favorite singer of all-time. After over 30 years collecting his music there are still new items I am discovering. Bing was more than just a crooner though. In his movies he showed a ride range and could have been a great actor. His first real acting movie was in "Pennies From Heaven" (1936) where he played a reformed convict. Bing would go on to be nominated three times in 1944, 1945, and 1954 for an Oscar. He would win in 1944 for his role as Father O'Malley. If you really want to see great Bing Crosby acting, I recommend "The Country Girl" (1954) and the underrated "Man On Fire" (1957). Also, he played a dark doctor in the television movie "Dr. Cook's Garden" (1971).

2. JAMES CAGNEY (1899-1986)
Did James Cagney ever make a bad movie? I would say he probably made a few bad movies, but his acting made any movie worthwhile. From his turn as a gangster in "Public Enemy" (1931) to his return to films in "Ragtime" (1981), Cagney made every movie he was in great. I have a soft spot for his commanding role as gangster Cody Jarrett in "White Heat" (1949), and it is my favorite classic movie of all-time. Cagney should have won an Oscar for that role. Surprisingly he was not even nominated. He did win one for his portrayal of George M. Cohan in "Yankee Doodle Dandy" (1942). Another favorite Cagney role of mine was Marty Snyder, the boyfriend of singer Ruth Etting, in the musical "Love Me Or Leave Me" (1955). The film was a musical but Cagney added the drama that was needed. 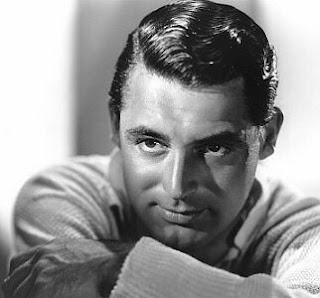 1. CARY GRANT (1904-1986)
The biggest blunder that Hollywood ever made was not awarding Cary Grant an Oscar for acting. He started out as Arcibald Leach in England, but he immigrated to California in 1931 and never looked back. His early movies in Hollywood were pretty forgetful, but by 1937 he was making great light comedies like "Topper" and "The Awful Truth". He should have won an Oscar for his role in the tearjerker "Penny Serenade" (1941). In my opinion, he should have at least been nominated for his role in the brillant comedy "Arsenic And Old Lace" (1944). Cary Grant also became one of Alfred Hitchcock's favorite actors and starred in some of the director's best movies like: "Suspicion" (1941), "To Catch A Thief" (1955), and "North By Northwest" (1959) to name just a few. After Grant's only daughter was born in 1966, Grant left movies - never to return...

Who are your favorites....
Posted by David Lobosco at 4:58 AM