THE LAST DAYS OF VERA-ELLEN

With the internet, I get a lot of spam and junk email. I nearly deleted an email I got from an address I didn't recognize. However, I read it, and it was from someone who had read one of my stories about the great Vera-Ellen. It was more than just a fan, it was a nurse that took care of Vera while the dancer was a patient at the University of California Los Angeles Medical Center when Vera-Ellen died on August 30, 1981. I was still skeptical at this email, but I called the medical center and verified this nurse worked there. She did not want me to publish her name, even though she retired from the hospital in 2002. She got to know Vera-Ellen briefly... 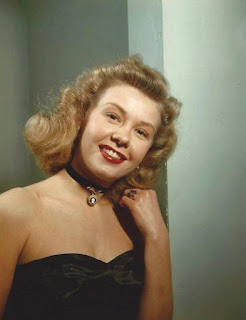 NURSE: I didn't meet Vera until she was diagnosed with cancer a few months before she died. She was quiet and petite, and she had the most beautiful eyes


QUESTION: There has been rumors that Vera-Ellen suffered from anorexia. Do you know if there is any truth of this?

NURSE: When I was assigned to be her nurse, I got to look at her file. At the time, around 1981, she was not suffering from anorexia, but her medical history did mention she suffered from anorexia when she was younger. 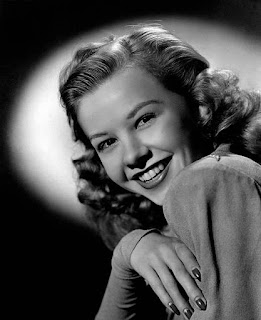 QUESTION: How was Vera during her final days?

NURSE: I was on vacation when Vera died so I did not see her on her final days. However, the other nurses say she died peacefully in her sleep. She was highly sedated on her final days, but she was a very sweet and kind woman.


QUESTION: Did Vera ever talk about her days in Hollywood?

NURSE: If you would not know who she was, you would never have known she was a Hollywood star or even in the movies. The only thing that she got in the hospital was a bouquet of flowers from a Fred. We later learned they were from Fred Astaire.


QUESTION: What do you remember most about Vera?

NURSE: What I remember most is she seemed a little sad. However, no matter how bad she was feeling, to the end she would ask how I was and what was going on in my life? I have had a few other famous people as my patients, but Vera-Ellen was the nicest and sweetest... 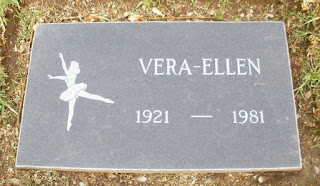