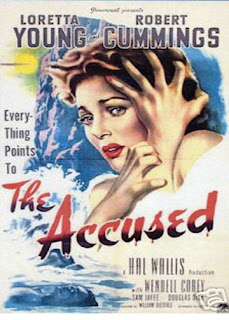 When I bring up the movie THE ACCUSED, most people think I am talking about the 1988 Oscar winning drama starring Jodie Foster. However, there is a forgotten film gem also called THE ACCUSED from 1949. This movie I had on videotape at one time from when AMC showed classic movies. I don't have the copy anymore, but my recollection of this film is still vivid. I hope one day the movie gets released on DVD or at least shown on TCM.

The Accused (1949) is an American film noir directed by William Dieterle and written by Ketti Frings, based on Be Still, My Love, a novel written by June Truesdell. The drama features Loretta Young, Robert Cummings, Wendell Corey, Sam Jaffe, and Douglas Dick among others. The stunning musical score was composed by the underappreciated Victor Young, and when the movie was released by Paramount Pictures on January 14, 1949 it did very well at the box office.

In the movie, Wilma Tuttle (Loretta Young) is college professor who arouses the sexual interest of her student Bill Perry (Douglas Dick). When Perry tries to rape Tuttle, she beats him to death with a tire iron. She covers up her crime by making it seem as though Perry was killed while diving into the sea from a precipitous cliff. As she follows the police investigation of Perry's death, Wilma realizes that she'll never be able to escape her conscience, especially when she falls in love with Warren Ford (Bob Cummings), the dead boy's guardian and a detective. 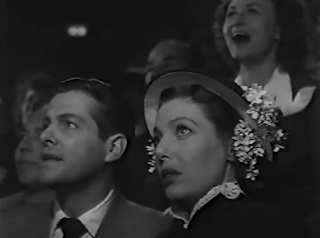 Bob Cummings and Wendell Corey are detectives who know some foul play is involved but then Cummings, who gets increasingly annoying in here, falls in love with Young. He then winds up defending her in the short courtroom finale. Cummings gives a good example how "love is blind."

Corey, meanwhile, plays the determined cop who doesn't care what people think of him so long as he solves the crime. He is by far the most interesting of the characters in this film. Sam Jaffe also entertains in a supporting role as a crime doctor. 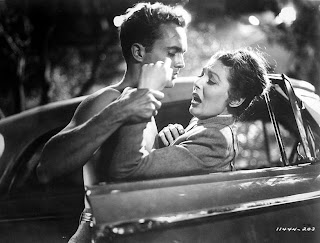 In THE ACCUSED, Loretta Young plays a psychology professor who kills an amorous male student in self-defense, then spends the rest of the movie covering up her crime. William Dieterle does an excellent job with the familiar material, and Miss Young gives a sympathetic performance. This is one of several crime pictures that Hal Walls produced in the late forties and early fifties, many of which fall into the noir category. Most of these films concern people with conflicted or tortured sexual urges, dysfunctional families, inadequate or just barely adequate men, with the women often hysterical or scheming. At the time this must have seemed daringly modern and contemporary. Now it just seems quaint, a waystation in the breakdown of small-town American values, with the action taking place in a netherworld between Andy Hardy and Tennessee Williams.

The New York Times gave the film a positive review, and wrote, "Murder is a common and salable screen commodity...The Accused, ...is a super-duper psychological job, well spiced with terminology which sounds impressive, if not always crystal clear in meaning, and the performers go about their business with an earnestness which commands attention. Under William Dieterle's assured direction, the story flows smoothly and methodically builds up suspense to a punchy climax which leaves it to the audience to determine whether the defendant should be punished or go free." 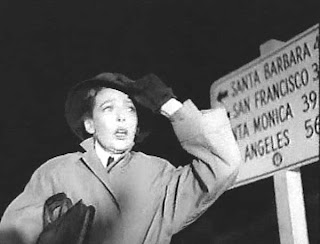 The staff at Variety magazine gave the film a good review. They wrote, "The Accused exploits fear and emotional violence into a high grade melodrama...Director William Dieterle, with a solid story foundation and an ace cast upon which to build, marches the melodrama along with a touch that keeps punching continually at audience emotions...Loretta Young's portrayal of the distraught professor plays strongly for sympathy. It's an intelligent delineation, gifting the role with life. She gets under the skin in bringing out the mental processes of an intelligent woman who knows she has done wrong but believes that her trail is so covered that murder will never out."
Posted by David Lobosco at 11:06 AM