Where are today's Hollywood triple threats?
By Chelsea Miles

The film industry seems to have lost the creativity and joie de vivre of the classic film era.

Every summer, we see a couple of comic book superhero movies made, at least two sequels to previous blockbusters and a countless number of film adaptations of novels. We rarely see triple-threat actors and actresses anymore (unless you count the cookie-cutter Disney Channel stars) who would sing and dance to a great melody. Now, we mostly see people being blown up, lovers having affairs and sparkling vampires.

The 1940s to the 1960s was the time of the singer/dancer/actors. Of the best male triple threats of the era, the most common names that pop up in the schema are Fred Astaire and Gene Kelly. Both danced their way across the silver screen, capturing the hearts of the ladies and leaving the men envious.

There have been countless arguments comparing Astaire and Kelly, trying to decide who was the better dancer.

Both Astaire and Kelly succeeded in making regular tap dancing into a fantastic feat. Astaire drummed around a toy store in the 1949 film “Easter Parade.” In the 1951 film “Royal Wedding,” he danced his heart out across the floor, walls and ceiling of a room — aided by some tricky camera work and a rotating set. But the fact that he was able to keep his balance and still look graceful while the room rotated is phenomenal. 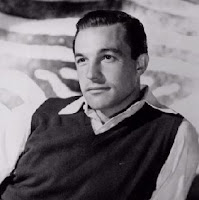 Kelly danced alongside the popular cartoon character Jerry Mouse in the 1944 film “Anchors Aweigh,” tap roller-skated in the 1955 “It’s Always Fair Weather” and, most famously, danced in rain puddles for “Singing in the Rain.”

What made these two dancers different was their approach and attitude. Astaire danced with grace and finesse, while Kelly attacked the dance with athleticism. This is evident in the 1946 film “Ziegfeld Follies,” when the two men danced side by side in the number “The Babbit and the Bromide.” It isn’t hard to see that both knew what they are doing when it comes to tapping a beat with their feet.

But compared side by side, Astaire looks more in control of his moves, which look effortless. Kelly has more energy, which makes the dance look a little sloppier but still entertaining to watch. 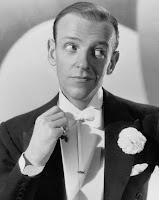 Both men succeeded in performing unbelievable dancing feats and delighting audiences for years, which makes them both kings of tap dance.

Why we do not have more men like Astaire and Kelly on the big screen today is the real question. Maybe the answer to a great summer blockbuster is not big explosions and romances, but a touch of old Hollywood song and dance, Astaire and Kelly style. 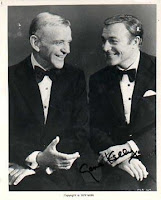 SOURCE
Posted by David Lobosco at 6:05 AM