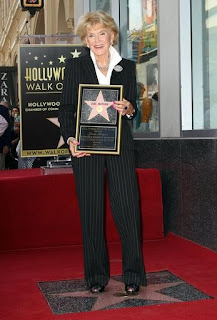 Singing songbird Jane Morgan hasn't made a new record in 40 years, but she still looks as great as ever. On May 6th, days after her 87th birthday Jane made an appearance to accept her star on the Hollywood Walk Of Fame. Jane Morgan got a special award on the streets of Hollywood. The 2,439th star on the Hollywood Walk of Fame was given to the celebrity on Friday. Jane Morgan is probably best known for her crystal voice and strong career in the 1950's and 1960's. Morgan, who is now retired, had an amazing career with 6 gold records and songs in five languages.

Morgan's agent died in 1959, and her new manager, Jerry Weintraub, was able to obtain bookings for her in many noted US venues. Morgan divorced Larry Stith and she and Weintraub were subsequently married in 1965. Weintraub went on to assist in the careers of Elvis Presley, Neil Diamond and Bob Dylan.

In 1960 Morgan recorded the English language version of an Italian song, Romantica. The recording was an airplay hit on BBC Radio. She continued recording for Kapp until the middle of 1962.

Morgan ended her association with Kapp Records after eight years, and Weintraub then negotiated a deal for three albums for Colpix including Jane Morgan Serenades the Victors, a side by side LP along with that recorded by Frank Sinatra as dual soundtracks of the music heard in the film The Victors. Morgan's second Colpix LP, The Last Time I Saw Paris garnered excellent reviews and a hit single, "C'est Si Bon". 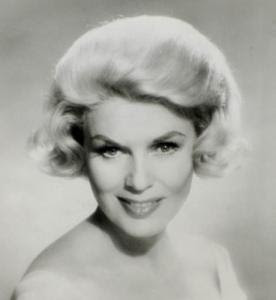 After fulfilling her contract with Colpix, Morgan recorded numerous singles and four albums for Epic. During this period she had consistent hit singles on the adult contemporary charts and continued to appear on top TV programs of the day.

Morgan appeared at the Queen Elizabeth Hotel in Canada in 1964; was the lead singer with Bea Lillie and Carol Lawrence in the Broadway musical production of the Ziegfeld Follies and replaced Angela Lansbury in Mame in 1966. "Being on Broadway was one of the most exciting things in my life because I had always dreamed of it," Morgan said.

In 1966 Morgan recorded the song that she had performed at the Academy Awards, I Will Wait for You, written for her by Michel Legrand.

From 1967 to 1968, Morgan was under contract at ABC Records, recording a dozen singles and issuing one LP which produced several hit singles and led to her second TV Special, The Jane Morgan Special. Syndicated in March 1968, the show featured the Doodletown Pipers and its highlight was her musical tribute to Edith Piaf.

Her two final albums were for RCA Records. Her final LP, Jane Morgan in Nashville, yielded two big hits on the country and western charts including her answer to Johnny Cash's song, A Boy Named Sue, titled A Girl Named Johnny Cash. She performed the song on Cash's TV series in early 1971. Producer Ronnie Light said that everyone was a little nervous at the start, and he in particular worried that his age (twenty-five at the time) might make Morgan uneasy. But co-producer Chet Atkins stated that Morgan was a joy and that everyone enjoyed working with her. He also noted that she sincerely wanted to be a success in the country/western music genre. Of the experience, Morgan stated that she was "thrown a bit" by the fact that Nashville normally dispensed with formal arrangements and was known for "head arrangements." The only other time she had recorded without formal arrangements was on her hit single, "Fascination." Nevertheless, she was given the title "The Countryest Girl in Nashville" by the crew.

In 1969 she appeared on Broadway in the musical Mame, taking over the title role from Angela Lansbury. Garnering excellent notices, she performed with members of the cast on numerous shows including The Ed Sullivan Show and The Hollywood Palace. Morgan made some of her last TV appearances on the Johnny Cash Show and The Merv Griffin Show in 1971. After that, she and Weintraub adopted three children: Julie, 1974, Jamie, 1977; and Jodie, 1980. Morgan retired from performing in the mid 1970s but has appeared occasionally over the years at special events and benefits. She has in recent years worked as a production assistant to her husband on films including Ocean's Eleven.

In 2008 Morgan joined forces with the citizens of Kennebunkport, Maine by writing a letter of objection to the Kennebunkport Planning Board about the proposed Olde Port Village development. On 10 December 2009, Morgan performed at the UNICEF Ball honoring Jerry Weintraub held at the Beverly Wilshire Hotel, singing "Ten Cents a Dance" and "Big Spender".

She is now known as Jane Weintraub and lives in Malibu, California, Kennebunkport, Maine and Palm Springs, California... 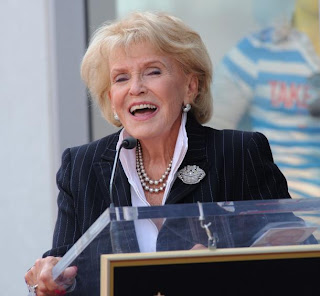