WHERE ARE THEY NOW: JAMES DARREN 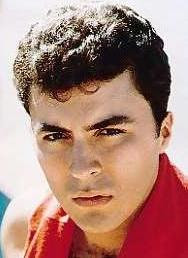 This story on James Darren was requested by blog reader Mike Nye...thanks for the requests and comments!

James Darren had a great career in the 1950s and 1960s as a teen idol. It seems like in those years, anyone who was good looking and photogenic could make a career making teen girls swoon. However, Darren emerged as a capable singer with actual talent.

Born in Philadelphia, Pennsylvania in 1936, Darren began his career as a teen idol, having been discovered by talent agent and casting director Joyce Selznick. This encompassed roles in films, most notably his role as Moondoggie in Gidget in 1959, as well as a string of pop hits for Colpix Records, the biggest of which was "Goodbye Cruel World" (#3 on the Billboard Hot 100 in 1961). It sold over one million copies, and was awarded a gold disc. Another sizeable hit with "Her Royal Majesty" (#6 on the Billboard Hot 100 in 1962). He is also featured in one of the Scopitone series of pop music video jukebox films ("Because You're Mine").

Darren's role in the 1961 World War II film The Guns of Navarone was an attempt to break out of his teen image. He then achieved success co-starring as impulsive scientist and adventurer Tony Newman in the science fiction television series, The Time Tunnel (1966–1967).

In the 1970s, Darren appeared as a celebrity panelist on Match Game.

Later, Darren had a regular role as Officer James Corrigan on the television police drama T.J. Hooker from 1983–1986. Subsequently he worked as a director on many action-based television series, including Hunter, The A-Team, and Nowhere Man, as well as dramas such as Beverly Hills, 90210 and Melrose Place.

In 1998 he achieved renewed popularity as a singer through his appearances on Star Trek: Deep Space Nine in the role of holographic crooner and advice-giver Vic Fontaine; many of his performances on the show were re-recorded for the album This One's From the Heart (1999). The album showed Darren, a close friend of Frank Sinatra, comfortably singing in the Sinatra style; the 2001 follow-up Because of You showed similar inspiration from Tony Bennett.

Currently Darren is performing to sold out shows in California and Las Vegas. He also appears regularly at Star Trek conventions... 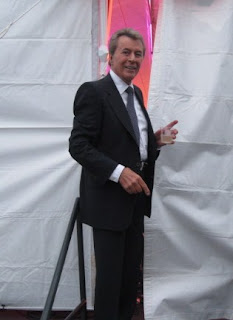 Posted by David Lobosco at 6:08 AM