BORN ON THIS DAY: BOBBY DARIN 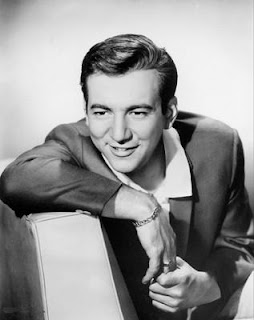 Bobby Darin died way too young. Had he lived, he would have only turned 75 today. Darin was born on May 14, 1936 in The Bronx to a poor, working-class family of mostly Italian descent. The person he believed to be his father (who was actually his grandfather) died in jail a few months before he was born. It was the height of the Great Depression, and Darin once remarked that his crib was a cardboard box, then later a dresser drawer.

He was initially raised by his Anglo-American mother Polly and his sister Nina, subsisting on Home Relief until Nina later married and started a family with her new husband, Charlie Maffia. It was not until Darin was an adult that he learned that Nina, 17 years his senior, was in fact his birth mother, and that Polly, the woman he thought was his mother, was really his grandmother. He was never told the identity of his real father, other than that his birth father had no idea Nina was pregnant, and thus never knew that Bobby was even born. Polly mothered him well, despite her own medical history resulting in her addiction to morphine. It was Polly who took the young Bobby to what was left of the old vaudeville circuit in New York and places like the Bronx Opera House, and the RKO Jefferson in Manhattan, where he received his first show business inspiration, and where he saw performers like Sophie Tucker, whom he loved.

Darin was frail and sickly as an infant and, beginning at the age of 8, was stricken with recurring bouts of rheumatic fever, an illness that left him with a seriously weakened heart. Overhearing a doctor tell his mother he would be lucky to reach the age of 16, Darin lived with the constant knowledge that his life might be short, which further motivated him to use his talents. He was driven by his poverty and illness to make something of his life and, with his innate talent for music, by the time he was a teenager he could play several instruments, including piano, drums and guitar. He later added harmonica and xylophone.

Darin performed in a range of music genres, including pop, rock, jazz, folk and country. Although unknown to the public, his health was dangerously fragile and strongly motivated him to succeed within the limited lifetime he feared he would, and ultimately did, have.

Darin married Sandra Dee; they met while making the film Come September (1961). They made a few more movies together at Universal Studios that were moderately successful. They had one son, Dodd Mitchell Darin (also known as Morgan Mitchell Darin). Darin and Dee divorced in 1967. 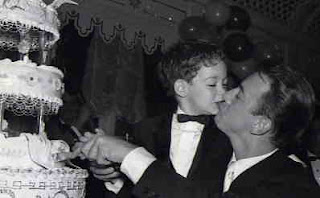 He was also an actor, singer/songwriter and music business entrepreneur. His wish for a legacy was "to be remembered as a human being and as a great performer." Among his many other contributions, he became a goodwill ambassador for the American Heart Association.

In 1973, Darin's ill health took a turn for the worse. After failing to take medication to protect his heart before a dental visit, he developed blood poisoning. This weakened his body and badly affected one of his heart valves. On December 11, Darin entered Cedars-Sinai Medical Center in Los Angeles for surgery to repair two artificial heart valves he had received in the previous heart operation back in January 1971. On December 19, a five-man surgical team worked for over six hours to repair Darin's damaged heart. Although the surgery seemed initially successful, Darin died minutes afterward in the recovery room without regaining consciousness on December 20, 1973, at age 37.... 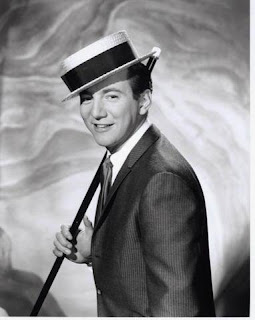