MARY LIVINGSTONE: THE WOMAN BEHIND BENNY 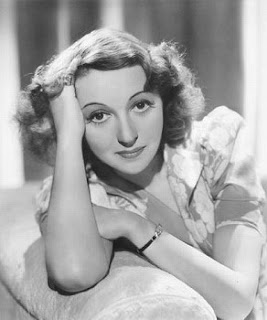 My favorite comedian of all-time was Jack Benny. His personna of being a cheapskate, forever 39, and a bachelor was nothing further from the truth. Not only was he generous, but he always was married for many years to one woman - who was his partner on and off the stage. Mary Livingstone, born Sadie Marks on June 23, 1905,  was an American radio comedienne and the wife and radio partner of comedy great Jack Benny. Enlisted almost entirely by accident to perform on her husband's popular program, she proved a talented comedienne. But she also proved one of the rare performers – Barbra Streisand would prove to be another – to experience severe stage fright years after her career was established — so much so that she retired from show business completely, after two decades in the public eye, almost three decades before her death, and at the height of her husband and partner's fame.

Born in Seattle, but raised in Vancouver, British Columbia, Livingstone's father was a Jewish immigrant from Romania. She came from a family of merchants and traders who had worked their way across Canada.  She met her future husband, Jack Benny, at a Passover seder at her family home when she was 14; Benny was invited by his friend Zeppo (b. Herbert) Marx while Benny and the Marx Brothers were in town together to perform. Sadie developed a near-instant crush on the funny, somewhat shy man eleven years her senior. But when he inadvertently insulted her by excusing himself for the night in the midst of her violin performance, she got her revenge the next night. She took three girlfriends to the theater where Benny performed, sitting in the front row and making sure not to laugh. Benny said later it drove him nuts that he couldn't get the four girls to laugh at anything.

Three years later, aged 17, Sadie visited California with her family while Jack Benny was in the same town for a show. Still nursing a small crush on the comedian, Sadie went to the theater to re-introduce herself to him. As he approached her in a hallway, she smiled and said, "Hello, Mr. Benny, I'm..." But he curtly cut her off with a "Hello," and continued on his way down the hall without pausing; she learned much later that when Benny was deep in thought about his work, it was nearly impossible to get his attention otherwise.

They met again a few years later — while she was said to be working as a lingerie salesgirl at a May Department Stores branch store in downtown Los Angeles — and the couple finally began dating. Invited on a double-date by a friend who had married Sadie's sister, Babe, Benny brought Sadie along to keep him company. This time, the couple clicked: Jack was finally smitten with Sadie and asked her on another date. She turned him down at first — she was seeing another young man — but Benny persisted. He visited her at The May Company almost daily and was reputed to buy so much ladies' hosiery from her he helped her set a sales record; he also called her several times a day when on the road. 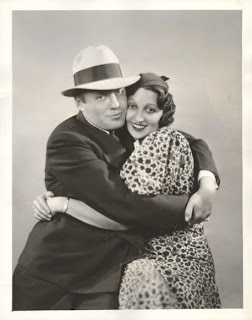 As part of Benny's vaudeville act; she was still known as Sadie at the timeSadie took part in some of Jack's vaudeville performances but never thought of herself as a full-time performer, seeming glad to be done with it when he moved to radio in 1932. Then came the day he called her at home and asked her to come to the studio quickly. An actress hired to play a part on the evening's show didn't show up and, instead of risking a hunt for a substitute, Benny thought his wife could handle the part: a character named "Mary Livingstone" scripted as Benny's biggest fan.

At first, it seemed like a brief role — she played the part on that night's and the following week's show before being written out of the scenario. But NBC received so much fan mail that the character was revived into a regular feature on the Benny show, and the reluctant Sadie Marks became a radio star in her own right. Mary Livingstone underwent a change, too: from fan to tart secretary-foil; the character occasionally went on dates with Benny's character but they were rarely implied to be truly romantically involved otherwise. The lone known exceptions were a fantasy sequence used on both the radio and television versions of the show, as well as during an NBC musical tribute to Benny, in which Mary admitted to being "Mrs. Benny."

Livingstone soon enough displayed her own sharp wit and pinpoint comic timing, often used to puncture Benny's on-air ego, and she became a major part of the show, enough so that, giving in when she was addressed as "Mary Livingstone" often enough when out in public, she ended up changing her name legally to Mary Livingstone. Years later, her husband admitted how strange it felt to call her Sadie, even in private. They would also adopt a girl named Joan in 1939. Joan was always close to her father, but unfortunately did not have the same closeness with her mother. 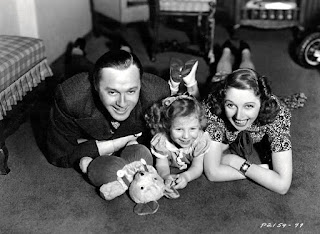 Mary's trademark bit on the radio show, other than haranguing Benny, was to read letters from her mother (who lived in Plainfield, New Jersey), usually beginning with, My darling daughter Mary... and often including comical stories about Mary's (fictional) sister Babe – similar to Sadie's real sister Babe in name only – who was so masculine she played as a linebacker for the Green Bay Packers and worked in steel mills and coal mines; or, their ne'er-do-well father, who always seemed to be a half-step ahead of the law. Mother Livingstone, naturally enough, detested Benny and was forever advising her daughter to quit his employ.

Never all that comfortable as a performer despite her success, Livingstone's stage fright became so acute by the time the Benny show was moving toward television that she rarely appeared on the radio show in its final season, 1954-55. When she did appear, the Bennys' adopted daughter, Joan, occasionally acted as a stand-in for her mother; or Mary's lines were read in rehearsals by Jack's script secretary, Jeanette Eyman, while Livingstone's pre-recorded lines were played during live broadcasts. Livingstone made few appearances on the television version – mostly in filmed episodes – and finally retired from show business after her close friend Gracie Allen did in 1958. 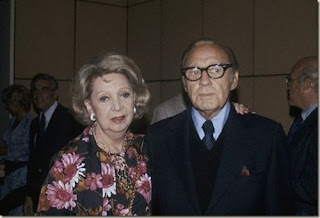 George Burns revealed in his memoir Gracie: A Love Story (1988) that he and his wife and performing partner Gracie Allen loved Jack Benny, but merely tolerated Mary, whom they disliked. Lucille Ball felt the same way, referring to Mary as a "hard-hearted Hannah". Livingstone's relationship with their adopted daughter, Joan, was strained. In Sunday Nights at Seven (1990), her father's unfinished memoir that she completed with her own recollections, Joan Benny revealed she rarely felt close to her mother, and the two often argued.

Mary Livingstone's brother, Hilliard Marks (1913-1982), was a radio and television producer who worked primarily for his brother-in-law Jack Benny. After writing a biography of her husband, Mary Livingstone — whose surname is often misspelled without the 'e', as with her star on the Hollywood Walk of Fame for her contribution to radio — died from cardiovascular disease at her home in Holmby Hills, California on June 30, 1983, aged 78, hours after receiving a visit from then-First Lady Nancy Reagan, as daughter Joan noted, where the two women enjoyed a private manicure appointment, and seven days after her 78th birthday. "The doctor said it was a heart attack", Joan wrote, "but I have always felt she just gradually faded out of life."

Mary Livingstone is interred beside her husband in the Hillside Memorial Park Cemetery in Culver City, California. After Jack Benny died on Christmas Day 1974, he had Mary sent a rose every day for the rest of her life. In those years, it was estimated that Mary received 3200 roses. Mary Livingstone was truly the woman behind the man, no matter what her flaws...

Posted by David Lobosco at 6:42 AM